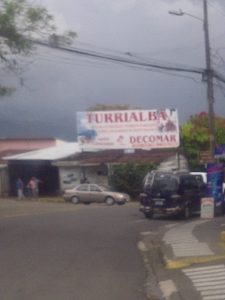 Today I had to take the bus into town and I’ll admit that I’m afraid of doing that kind of thing for the first, even second time.  I had looked at Google maps to get a layout of the town and it was big.  Way big.  I’ve been so used to small villages with a couple of streets where it was hard to get lost.  The town of Turrialba has about 26,000 people but the areas that encompass it brings it up to about 70,000.  That sounded like a lot until I read it’s 635 square miles.   I’m unsure about San Antonio, maybe a couple hundred.  I am seriously the only white girl here.  Well at least I feel that I am.  The only thing I might have going for me is that most people think I’m a Tica.  I’ve seen a lot of Ticos with paler skin than mine, which I’ve always found interesting about CR.  I don’t dress quite like the locals so that probably makes me stand out too.  But as soon as I open my mouth, it’s all over.  Here I’m thinking I’m doing fairly well with my Spanish and I find myself with a neighbor on this trip today and I’m sadly mistaken.

THANKFULLY I did see her at the bus stop today and I told her what I was doing (it was only a 2 1/2 hour trip).  She was so sweet…she helped me out by going to lunch with me, even though she didn’t eat.  She showed me the bakery and helped me through that process.  Then she showed me the salon where she gets her hair done and introduced me to the girls there.  They were very sweet and you could see they felt sorry for me not understanding what they were saying.  Then we went to the grocery store where I got enough stuff for the next week and it was cheaper than the other places I’ve been.  Then she took me back to the bus station and got me in the right line then she left to go do her errands.  Wow…talk about nice huh!?  I told her that I was very happy she was with me today.  These truly are the friendliest people in the world!!

So the bus ride cost 385 colones which is about 70 cents and took around 20 minutes.  That’s when I realized pretty quickly that a bike just isn’t going to work here.  The road was curvy, steep and narrow.  I’d be killed for sure.  I totally see myself flying off the edge of the mountain or at the very least, blood in my future.

So yeah…what a bummer.  That was going to be my exercise routine too.  I’ll have to walk around more and check it out.  Although riding on a dirt road with big rocks wasn’t what I was looking for either.  Ok…so less chocolate cake for me now.  Bummer.   I think the problem I’m going to have with this climate is that it’s comfort food weather.  Ha!  I’m eating way too much ‘Christmas time’ food.   It totally feels like Texas in the late fall/early winter at night which makes me believe that it’s cool all the time but it’s really not.  The daytime is perfect.  I am loving sleeping under big fluffy comforters and breathing in crisp air.

Anyway, groceries were less expensive here than any other place.  I walked away spending $52 and got a WHOLE LOT MORE than I did in Puerto Viejo.  Although the chicken seemed a little high.  I got 1.3 kilos (3 lbs.) of skinless chicken breasts (3 of them) and it cost $16.  Yow.

Well, whatever…it’s good for at least two meals each so it’s not that bad.  A pound of hamburger meat was $3.  So I’m happy with the grocery situation.  There’s a more modern grocery store but you have to take a taxi to it, which I might do next time just to see what they have.

There were a lot of clothing and shoe stores too which is dangerous for me.  I kind of do need different clothes here since most of mine are for the warmer climate.  Excuses, excuses!  I do want to take my time next trip so I can look around.  I’m certainly not going to be able to walk the entire town but at least a few of the blocks to familiarize myself with the place.  I’ll go on a day and time when it’s not so crowded on the bus, which apparently are Monday and Friday.  Here are some more pictures while coming back home.  Oh, and the weather held up once again until I got home and it started drizzling.  I went out back to see the fog hanging seriously low so I did a quick video of it.  You won’t be able to hear what I’m saying though, so don’t even try.

Oh, just a few final shots from Tronadora too since I forgot to include them in a different post. 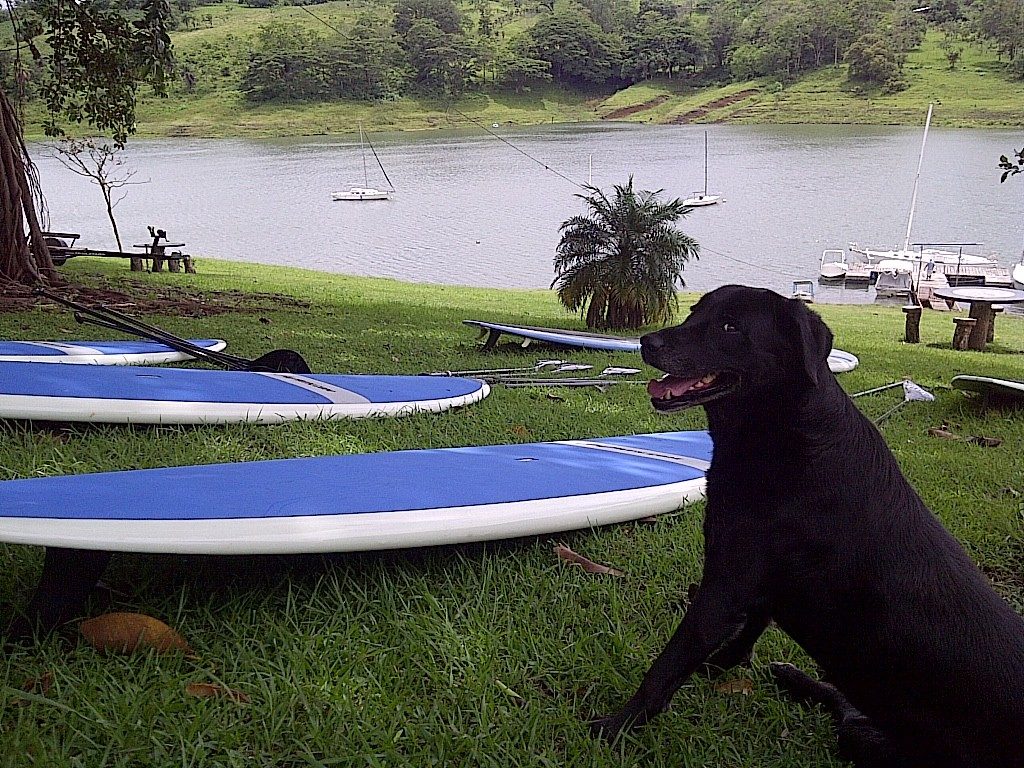