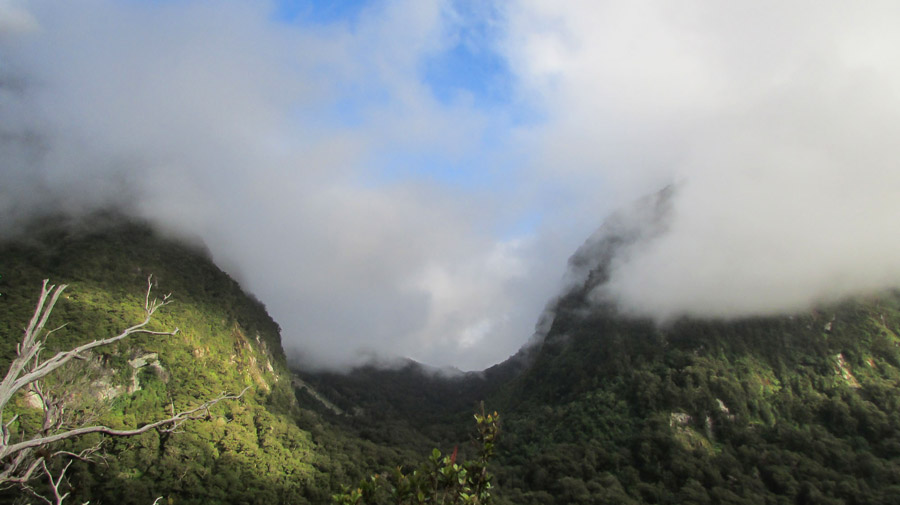 Back in April, I saw there was a competition through the national newspaper (New Zealand Herald) looking for short stories about the best trip one had ever taken. Well, the first thing that came to mind was back in 2015 when I was with my mom and Ed, touring the South Island of New Zealand. While there were many spectacular sights to be seen, one of them stood tall and proud in my memory – Milford Sound.

I figured, why not shorten the story I had blogged about back then and submit it? So I did. The trip was a postcard moment from the time we arrived at the basic motel outside of Te Anau. Not many people to be found in this pristine section of the country. Albeit, there aren’t many places to stay, either. Thanks to my mother’s early planning, she secured this spot for us (and for that, I’m grateful).

I found out yesterday by sheer chance because a Google alert came through my email which I have set for my name, should anything be posted online about me. The snippet read that I had won the competition! I followed the link which led me to the travel section of the Herald.

Oddly, while this wasn’t the photo I submitted, the Lonely Planet Vice President, Tom Hall, who chose my story wrote that it “Read like a love letter to a moment of opportunity that was taken, resulting in a unique experience.” I went out and got the newspaper and saw it was a full page spread featuring my story as well as the two other authors who were runners-up. I won $1000 worth of Lonely Planet books! Better buy a larger backpack.

It certainly was a strange set of circumstances as it was a couple days away from Valentine’s Day and there were hearts appearing everywhere; in the clouds above the Sound and in rock formations at a nearby track.

I figured it’d be nice to revisit that day with some retouched photos since Photoshop has come a long way since then! It will also help tell the story of the article for those who hadn’t seen the original post from 2015 or don’t remember it.

One of the first places we passed on the way to the motel was a small, unassuming sign that said “Mirror Lake.” It was shrouded by trees and you had to park along the side of the road. Having lived in New Zealand for quite a while now, that always means something good. As long as the wind is still or very calm, there are a lot of these scenes to be had around the country. They really are a stunning sight and of course, changes throughout the course of the day. I think I wanted to stop every time we passed by. It was a fun optical illusion where you could hardly tell the difference between the reflection and the land. How does it do that so well!?

Nothing like low hanging clouds. They make such a dramatic backdrop and enhance the beauty of anything around them. They’re very typical here in the mornings and a sight I’ll never get tired of.

We approached a pull off for some photographic opportunities but got way more than we bargained for! This was THE SPOT where the Kea parrots (the only alpine parrots in the world) like to harass tourists. You could hear an odd screeching noise and some commotion in the trees but we had no idea what it was. Trying to focus on either the postcard view or the sounds being made was a hard choice. But then as I recall, a parrot (or two) started showing themselves and landing on the roofs of cars.

We were completely surprised to see these large birds with their important banded feet get so close to people. Well what nobody knew was that they were sizing up the plastic and rubber on every car to see what they could tear apart! No windshield wipers or rubber stripping around windows were safe. I recall a minivan of tourists pulled up with the sliding door open and as they were taking photos, the parrot was ripping apart the stripping along the top of the van. The people weren’t sure what to do! They were trying to shoo it away, not wanting to touch the bird, but it did no good. I’m sure they worried about the cost they were going to incur when they returned the van. Although, the story has probably been heard a thousand times. The birds did a good job picking large chunks off and tossing them to the ground.

I really wanted to stay longer but we had a boat to meet at the Sound.

It was jaw-dropping beautiful as we walked to meet the boat. There was really only one good view of this, so you tend to see it a lot. Well, what more could you really ask for? I have it hanging in the house. It just doesn’t look real sometimes. I had no idea what to expect that day but this sure wasn’t it. I had a feeling it was going to be a wonderful few hours out on the water.

And speaking of the water, I was mesmerized by it. It was unlike any other kind of water I’d seen before. Dark and mysterious, moving with the viscosity of oil, the waves and peaks were perfect. Had I been able to see under it, I would have found an array of black coral, octopus, wrasse, sharks, anemones, eels, sponges and even dolphins. It was hard to look away.

But once I did, this was what we were greeted with.

I thought to myself, THIS is the place to be a tour guide. Imagine seeing this everyday. I wonder if anyone starts to take it for granted? There’s only so far you can travel along this Sound until you come near the edge of the country, where the water becomes turbulent as it washes out into the Tasman Sea.

This is, without a doubt, one of the most beautiful and pristine places I’ve seen in all of my travels. I’d love to get back down there someday and do it all again. I’ve now missed the window of opportunity to do it without tourists as the border has now been opened back up. I hope they enjoy it as much as we did that day.

Huge thanks again to my mom and Ed for making that day and the memories that followed it possible.