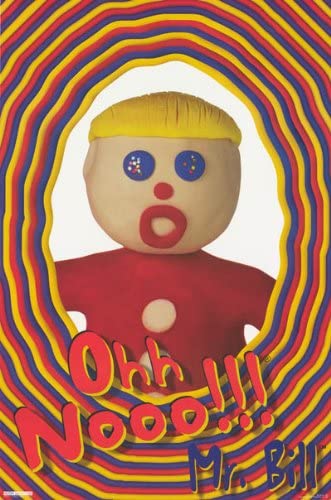 Half a century gone. What should have been a memorable birthday for all of my friends turning 50 this year, we were greeted with stay at home orders and cancelled flights. We should have been in Costa Rica right now, trekking, sweating, swimming and drinking our way to 50. Instead, we had mediocre dinners, lackluster celebrations and thoughts of denial over actually being this old. Yep, we got dragged kicking and screaming into our birthdays swearing we wouldn’t REALLY turn 50 until we could celebrate properly….next year. I’m ok with another year of 49.

The dilemma of living here is that we’re a day ahead of the States. So my birthdate here isn’t really my birthday…it’s the following day. I usually just celebrate whatever holiday or occasion, twice. If you know me, I’m usually somewhere else on my birthday and since I couldn’t leave the country, the least I could do was leave the house.

I decided to head into Napier to buy a bag of large frozen prawns from a seafood place so I could have those for dinner. Well, on the way in, I stopped in for a chat with a friend, who then talked me into lunch near the seaside. Before they arrived, I had a quick walk to breathe in some sea air and get some sun on my face. We had a great lunch with outdoor seating and his partner even brought me a vase of wild daffodils which smelled heavenly! 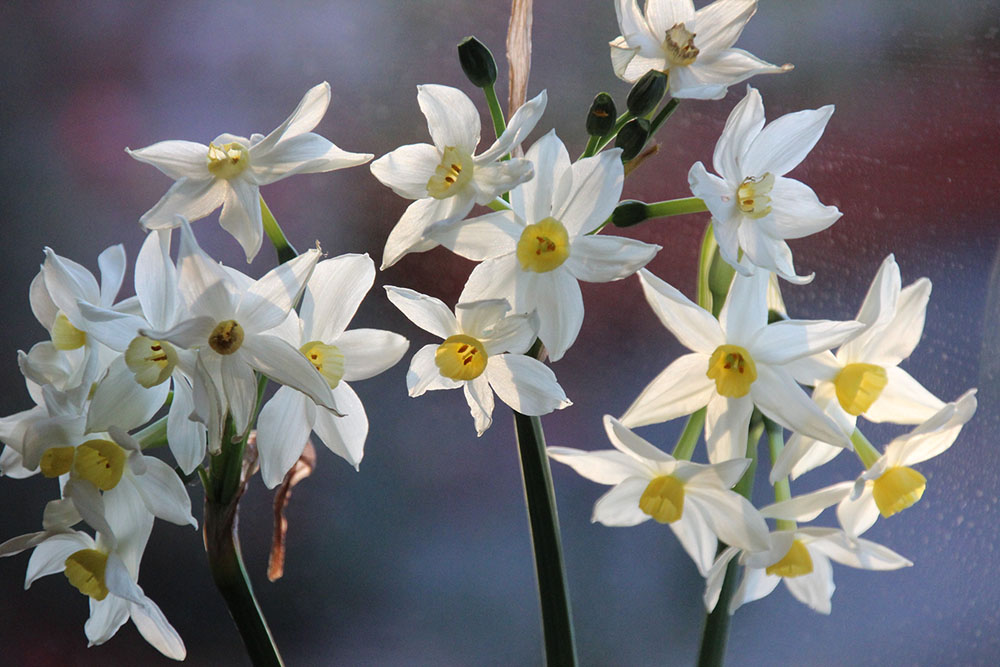 I hit up a gourmet shop for some goodies then headed next door to a lovely bakery for a treat. After pondering over the selection, and actually overlooking an out of place item, the women explained just what that was! It looked to be a small terracotta pot filled with dirt and a little bud of something growing in the middle. Apparently, she had crafted it all out of chocolate with mousse at the bottom. I was sold! 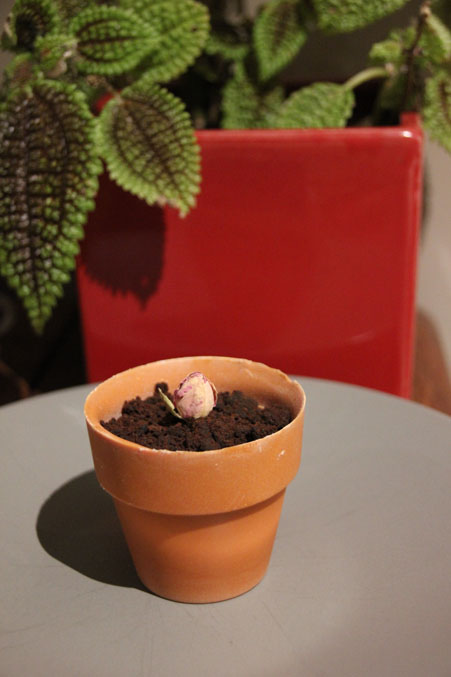 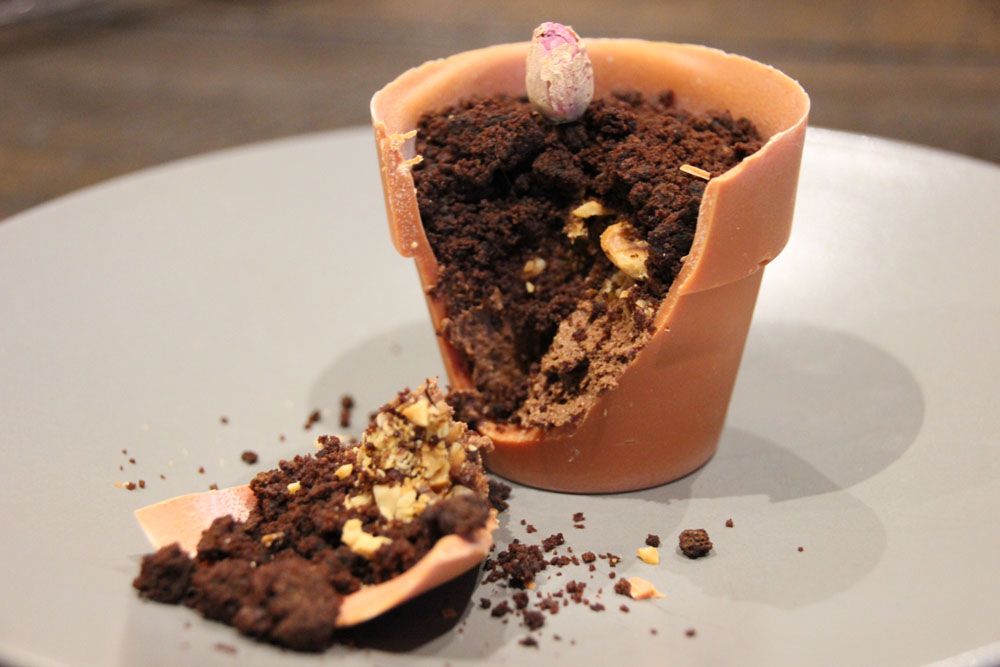 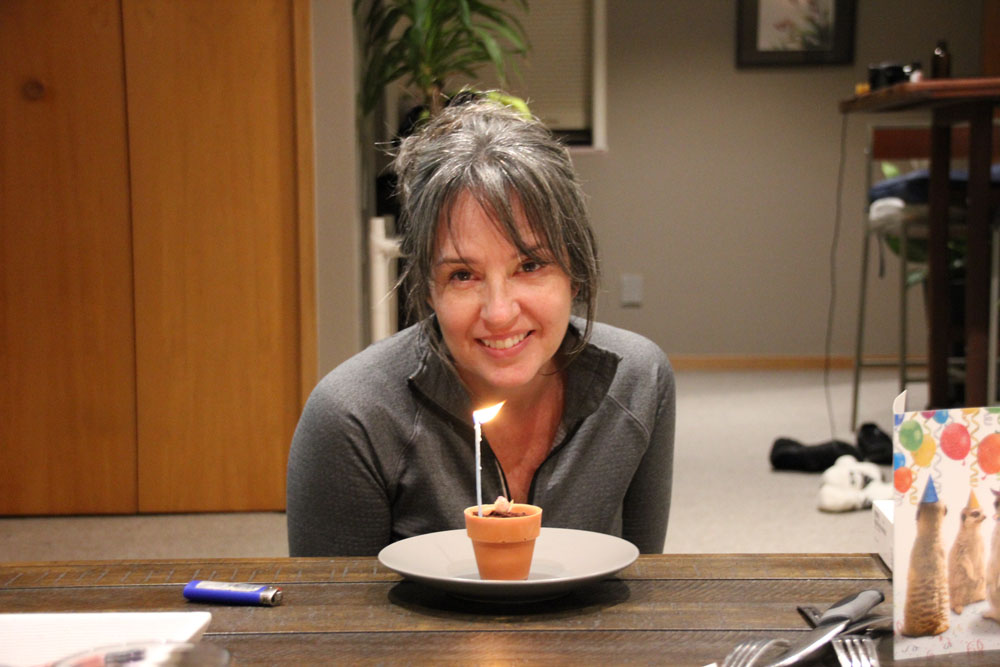 And wouldn’t you know it, I completely forgot to get the prawns. Happy freekin’ birthday.

For my official birthday, I decided to at least go to SOME beach…even if it wasn’t in Costa Rica. It was another stellar day during this unusually warm winter so far. But I know how that place gets. It can be calm and warm here and windy and freezing there. I piled on 3 layers of clothes and took a jacket and scarf to be safe. You get to know these things after living here a while. Water, snack bar and camera…CHECK! 40 minutes later, I was there, alone except for the occasional couple on a quad or a car on the beach. 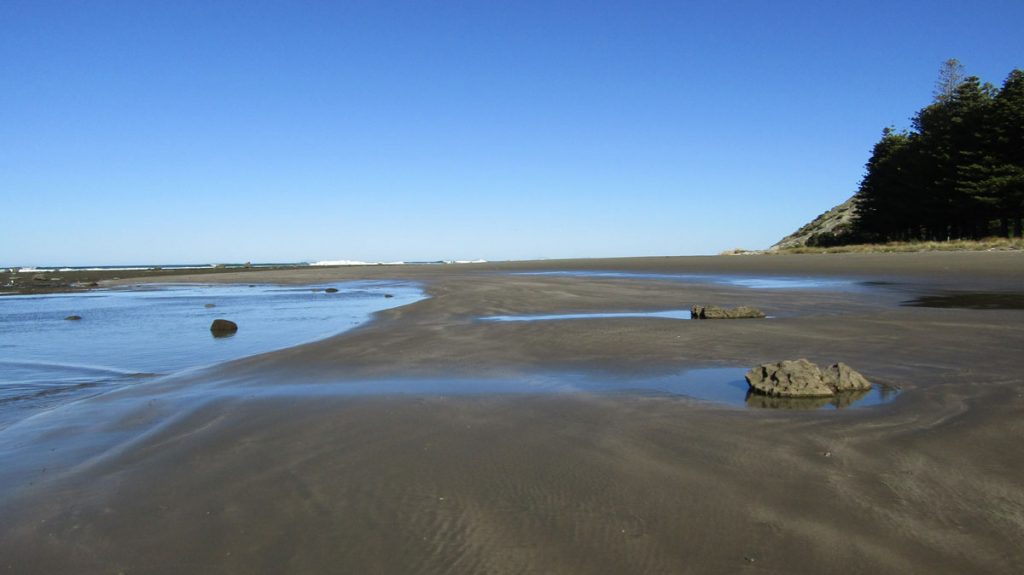 I spent quite a bit of time looking at the shoreline as the tide was heading out. The crabs seemed unusually busy and I knelt down to watch them. Then I saw some weird looking worm thing I’d never noticed before but not a single blue starfish. Maybe they’re not around in the winter or something. 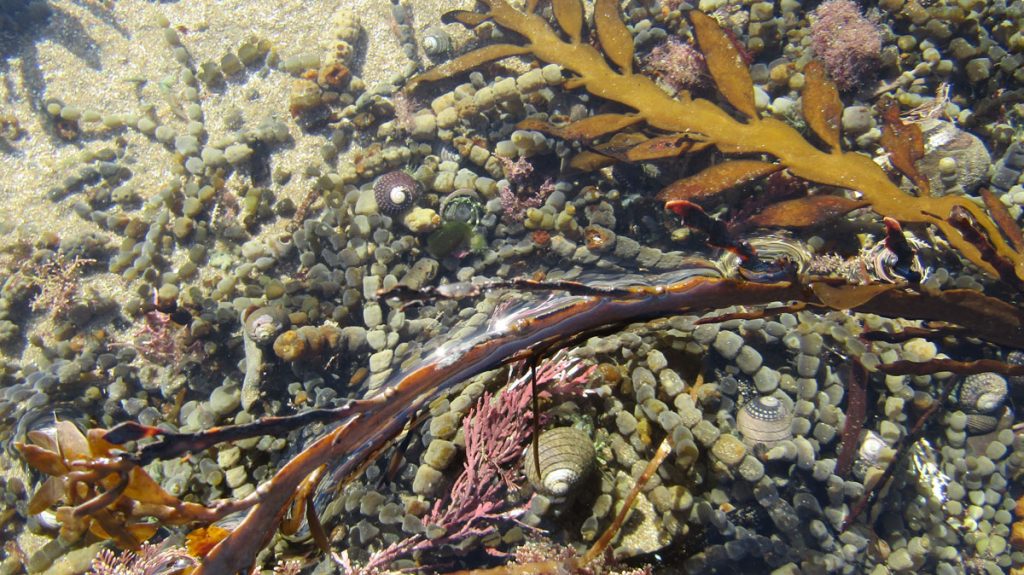 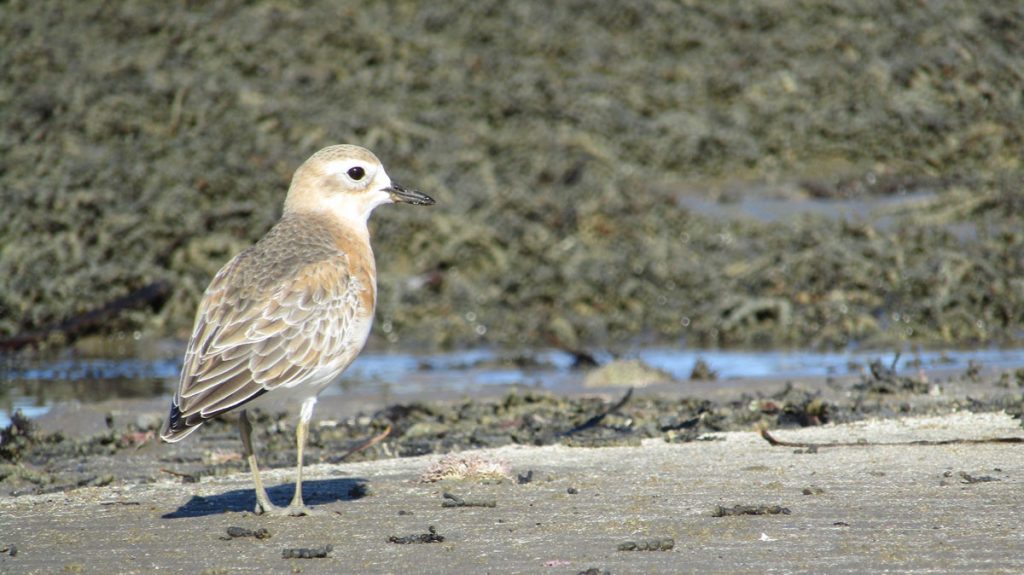 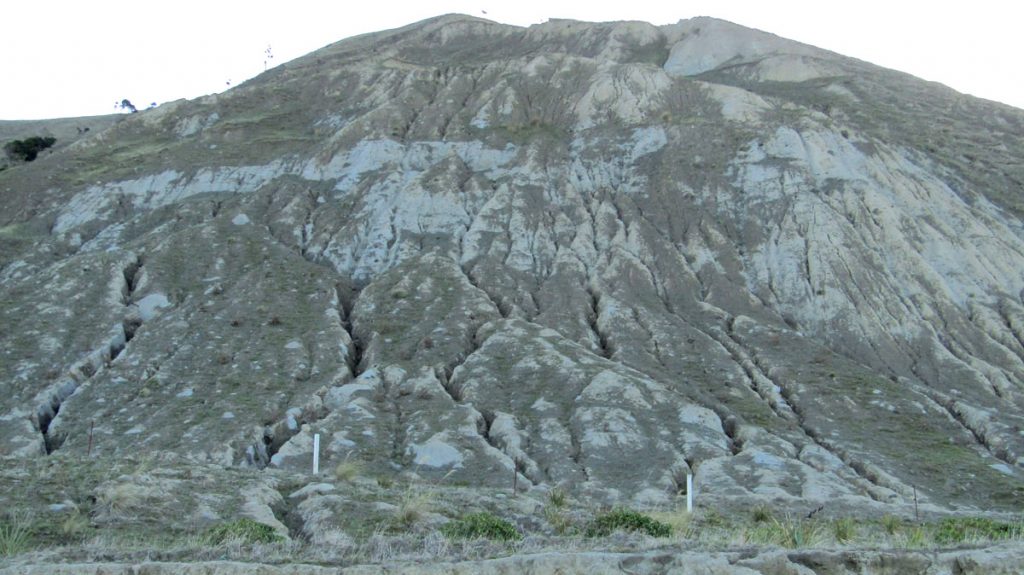 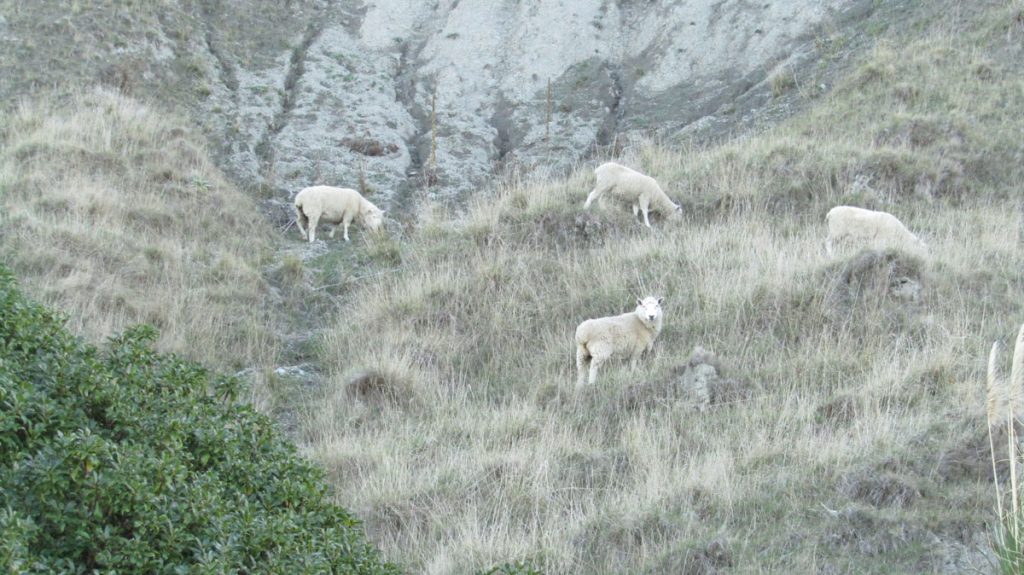 This place always makes me nervous. One of these days that hill is going to give way and we won’t be able to visit anymore. The erosion gets worse every time I go out there. And I’m really feeling bad if those sheep are grazing up there when it happens, too. I couldn’t even start to guess just how big this hill/cliffside is, but it’s massive. Houses in the area would be taken out quickly if it went down. 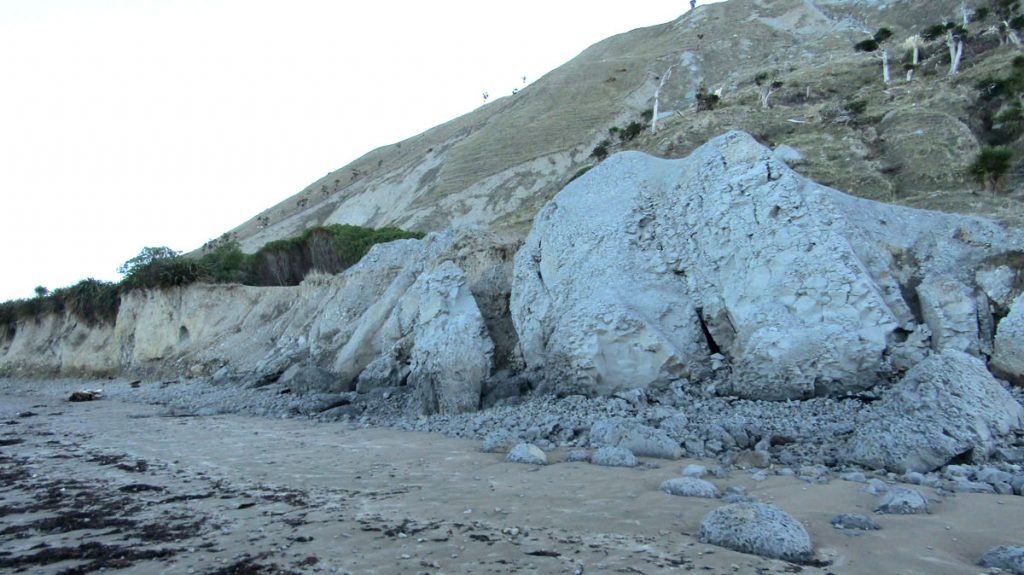 This massive mudstone looks like it appeared out of nowhere! I don’t remember seeing it before. 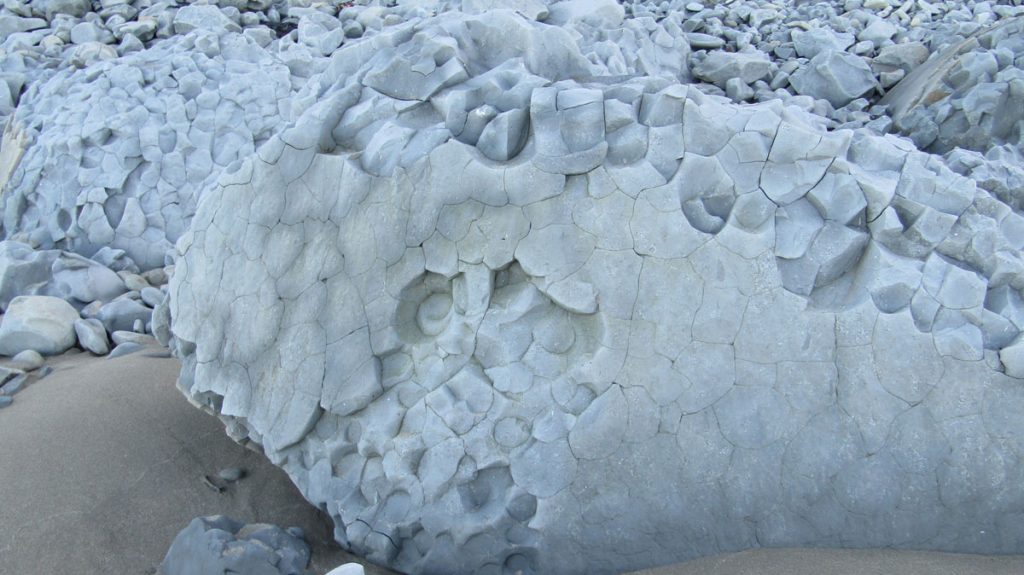 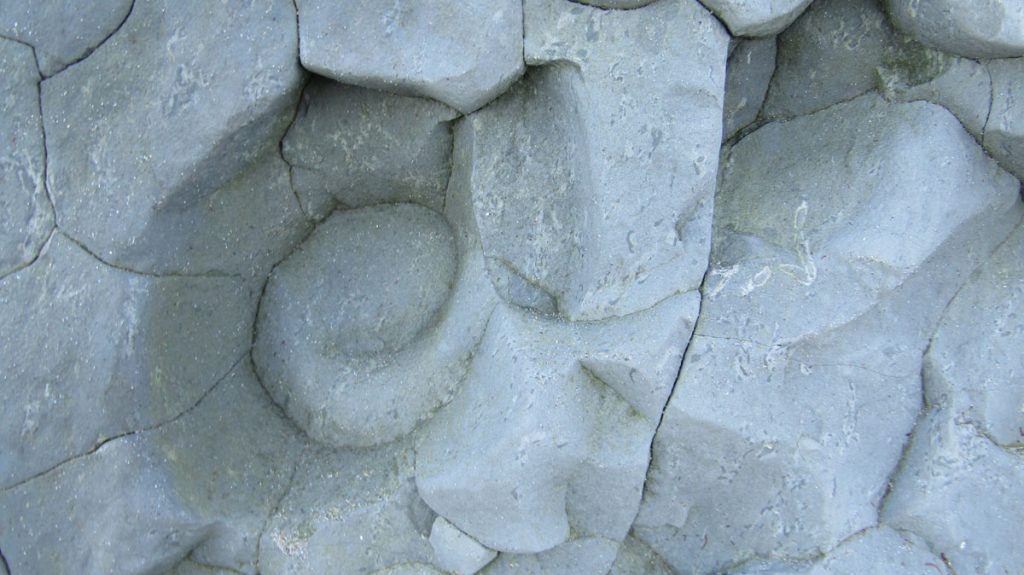 This design caught my eye, looking like a New Zealand koru. It’s the symbol of a silver fern frond opening. You’ll see it in jewellery and sculptures a lot. 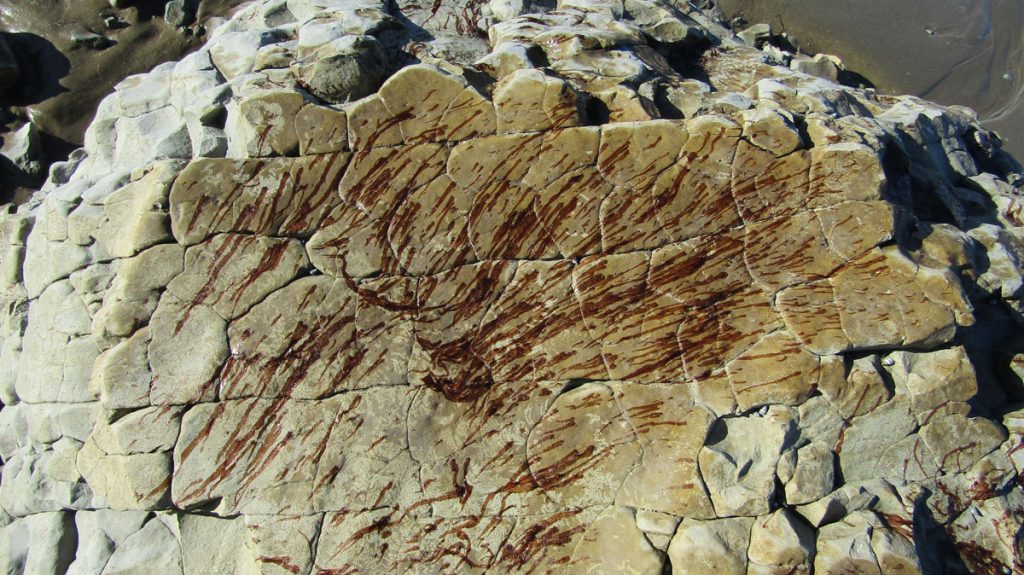 This thing just looked grisly to me. At first I thought it was blood. And whatever it is, it sort of peeled off when I scraped it. Considering it’s a protected reserve, nobody should be catching/killing anything there. Maybe it was just some sort of seaweed that had gotten stuck to it? 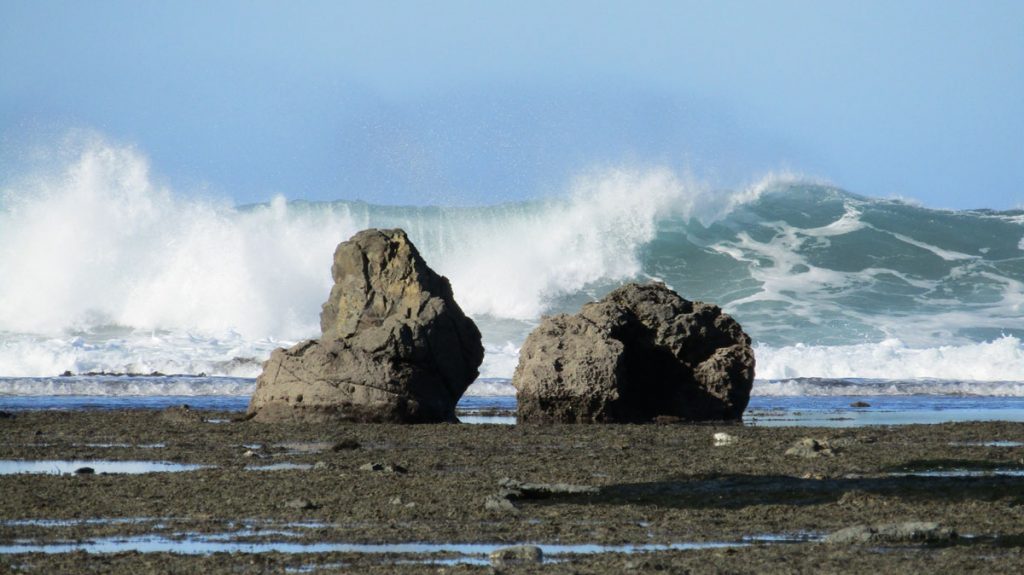 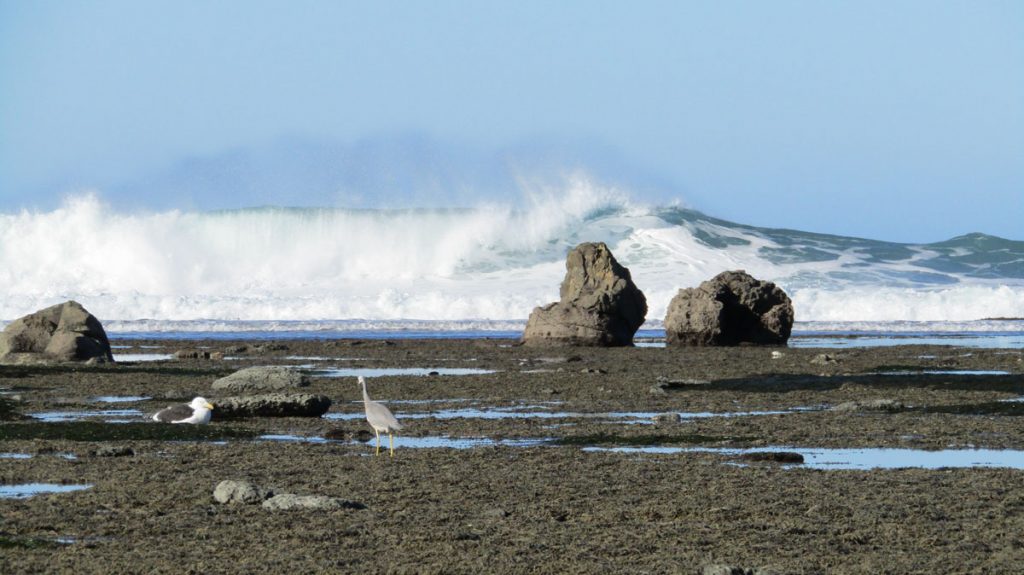 Herons and seagulls hung out together peacefully as the waves smashed against the rocks not far from where they were. 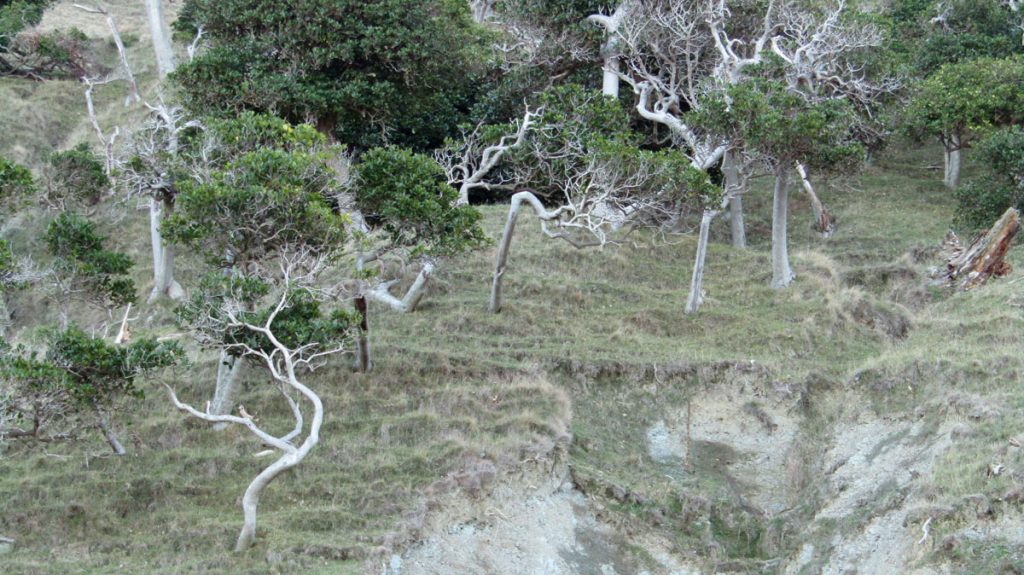 I can’t go out here without marvelling at the twisted trees, dancing their way up the hill. They appear crippled and beaten but somehow, they continue to survive….until they don’t. 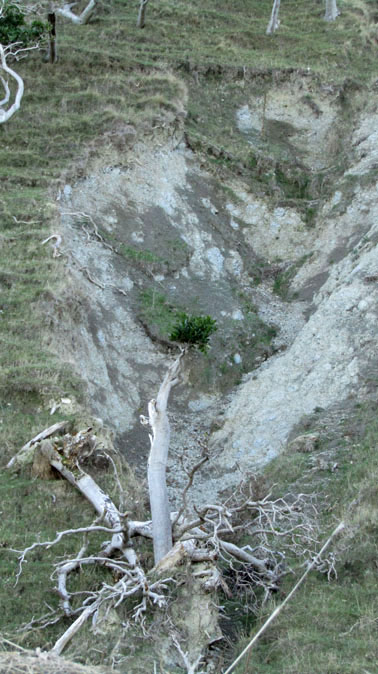 It doesn’t take much to uproot these with a heavy rain and gusty wind, perched precariously on that cliff. I wonder how old they are? 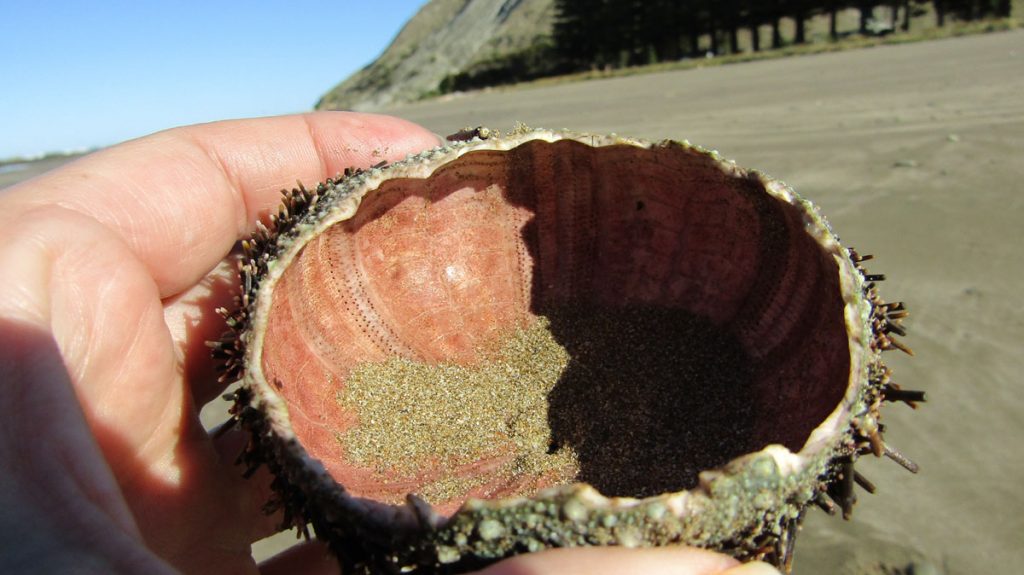 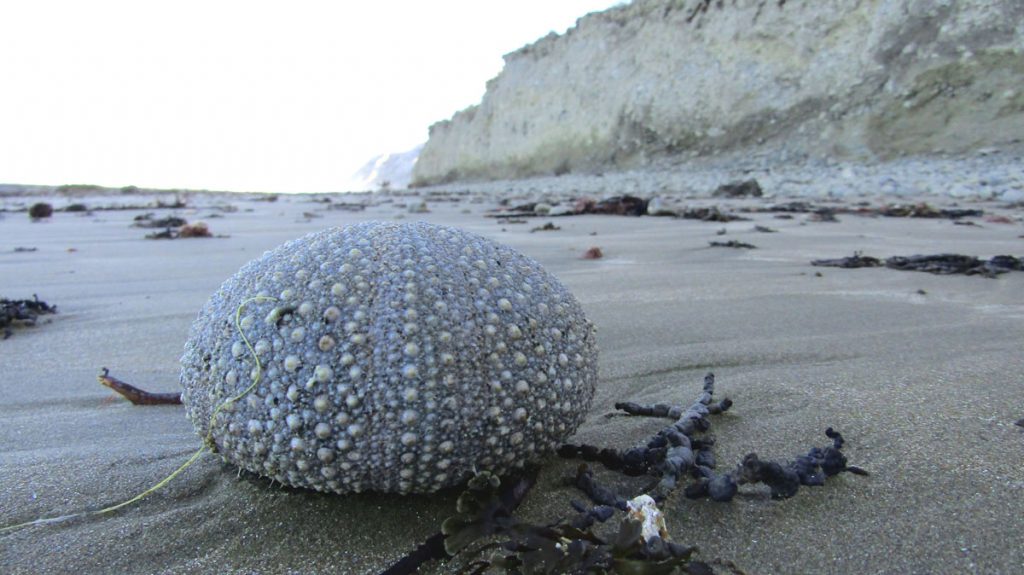 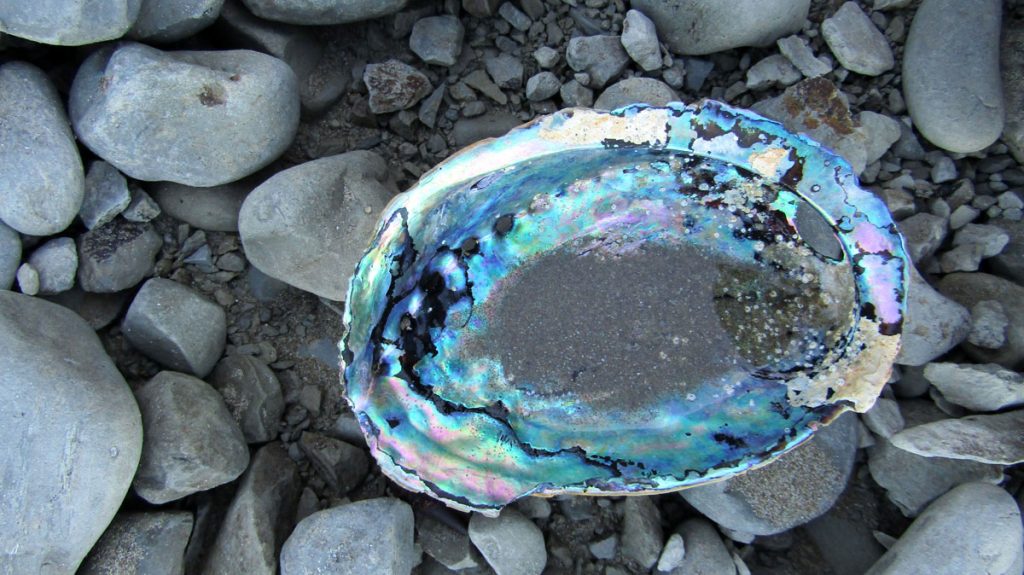 There’s an endless supply of urchins and paua here which I always take notice of.

As I was just about to turn around to go back, a guy in a 4WD was coming up the beach. I turned and waved, as you do and he rolled up near me. He put the window down and said, “Are you one of those, what’s the name?” “Marine biologist? No.” But I like to play one on the Internet. Sometimes they go out there to study the critters and apparently, I looked the part. We got to talking and he told me there was a seal on the bank! He drove me back to where it was so I could have a look.

This is what I like about talking with strangers. Especially ones that live near the beach. They can tip you off to things you never knew about. If it weren’t for him, I wouldn’t have been any wiser. He said it had been there for 3 days and was probably just resting up after being at sea for a long time. It wasn’t exactly a baby, but it wasn’t as giant as ones I’ve seen before, either. 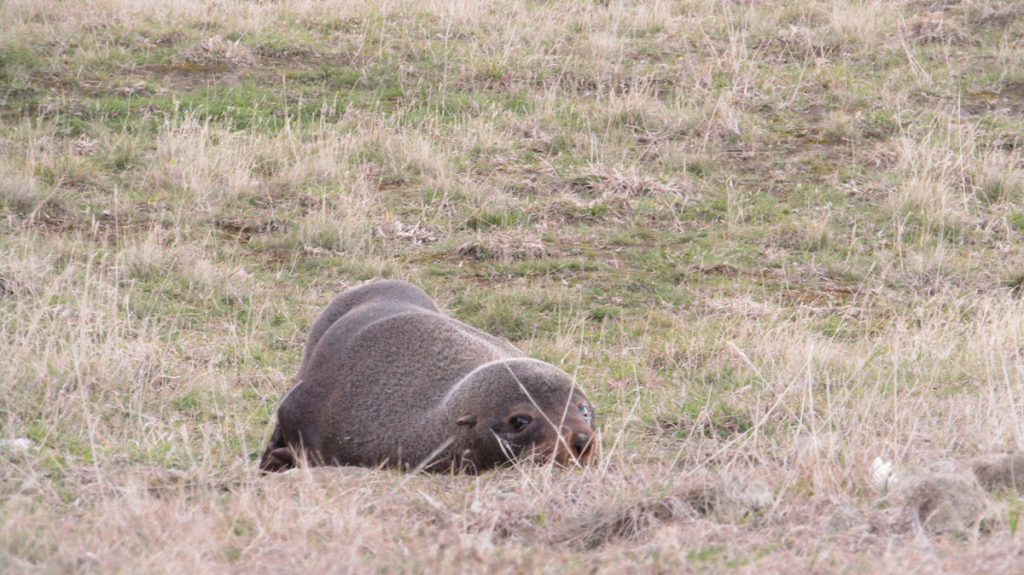 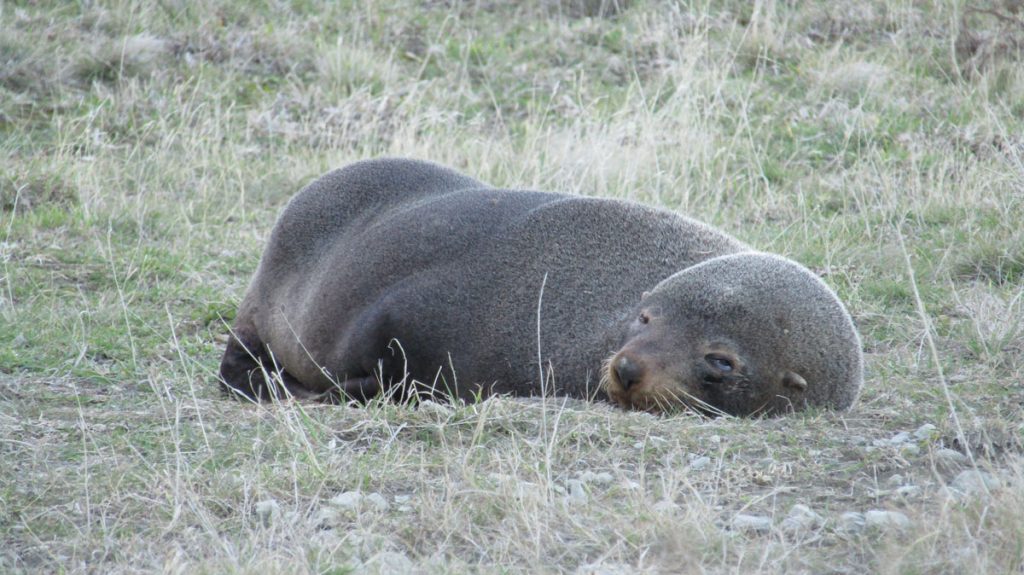 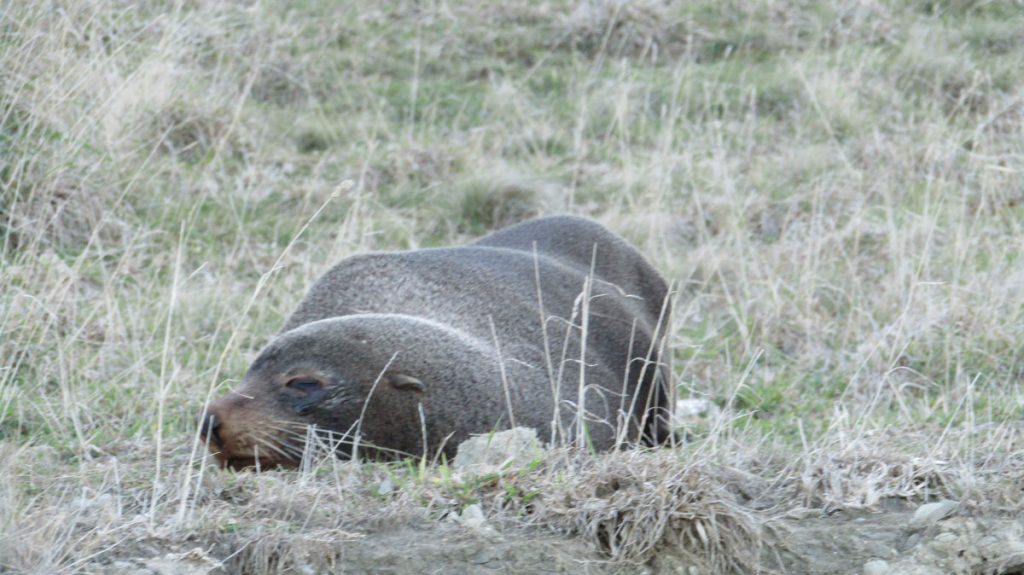 Although I didn’t get real close this was about the time it barked at me so I took the hint. This was zoomed in on the camera, by the way. I was at least 25 feet away the whole time.

The walk back to the car as the sun was going down got me this last shot before the camera died on me. 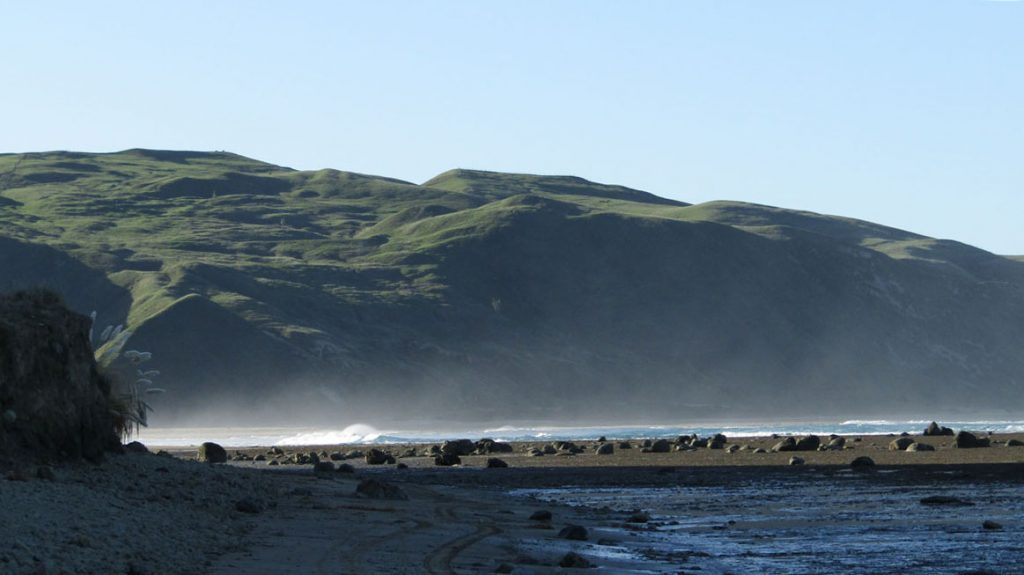 I noticed the avocado sign was up at the foot of the drive where I like to stop in when we come out here. Bless these people. They have the BEST avos and cheap, too. I’d never seen them THIS big before though. Usually it’s 4 for $5 but today, I had a choice. I got two large and one small. They have a little honesty box next to the crate. 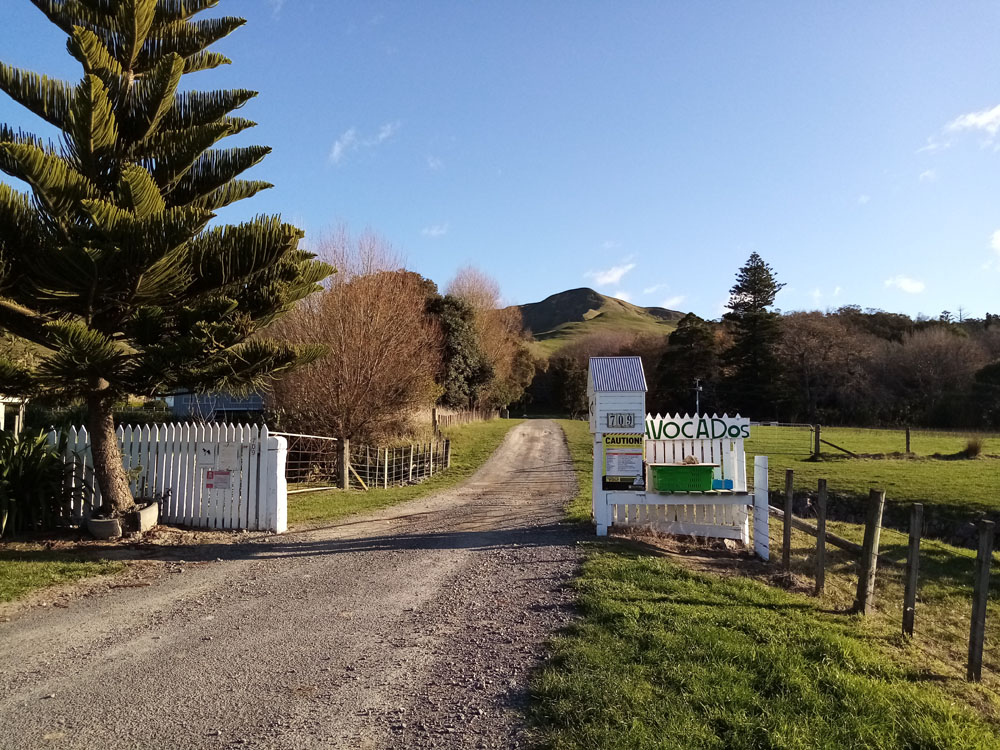 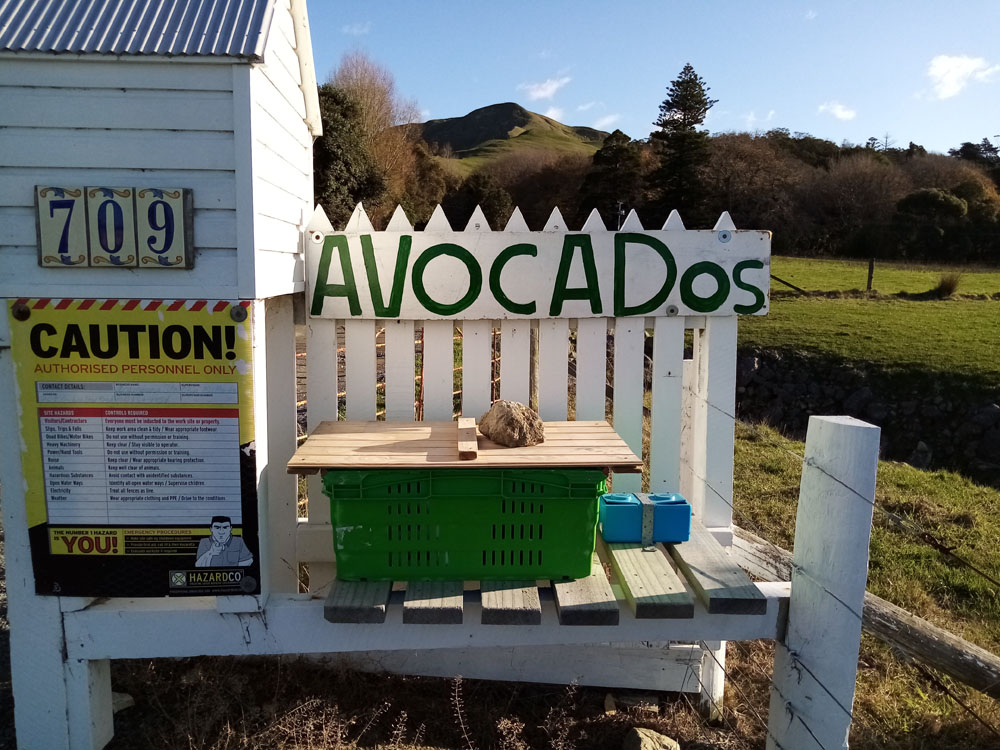 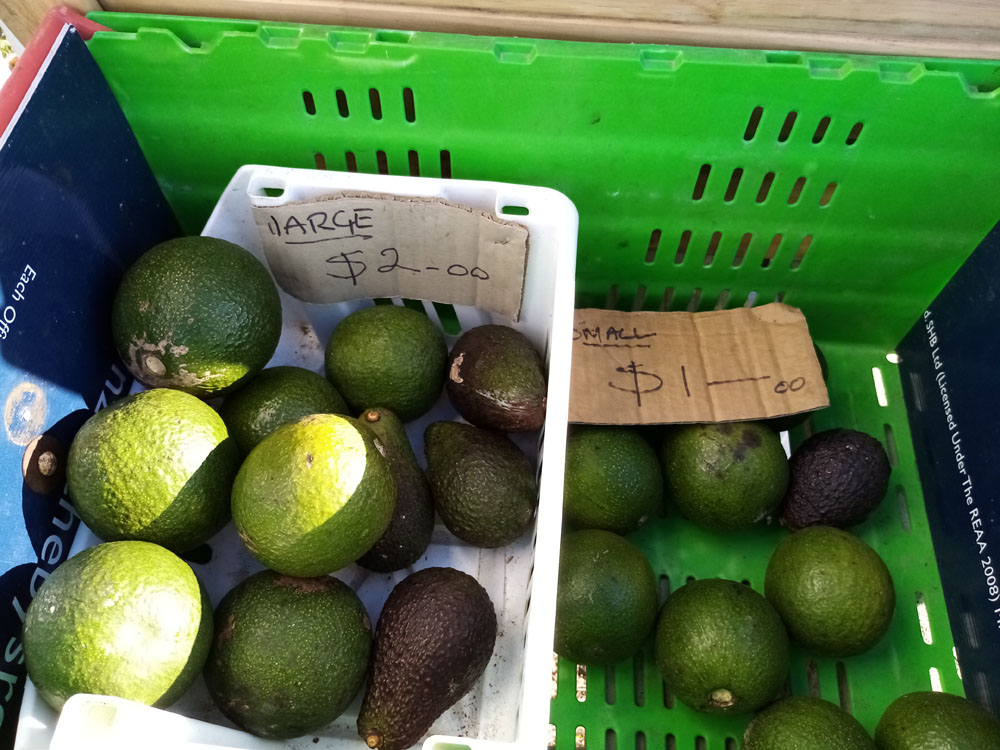 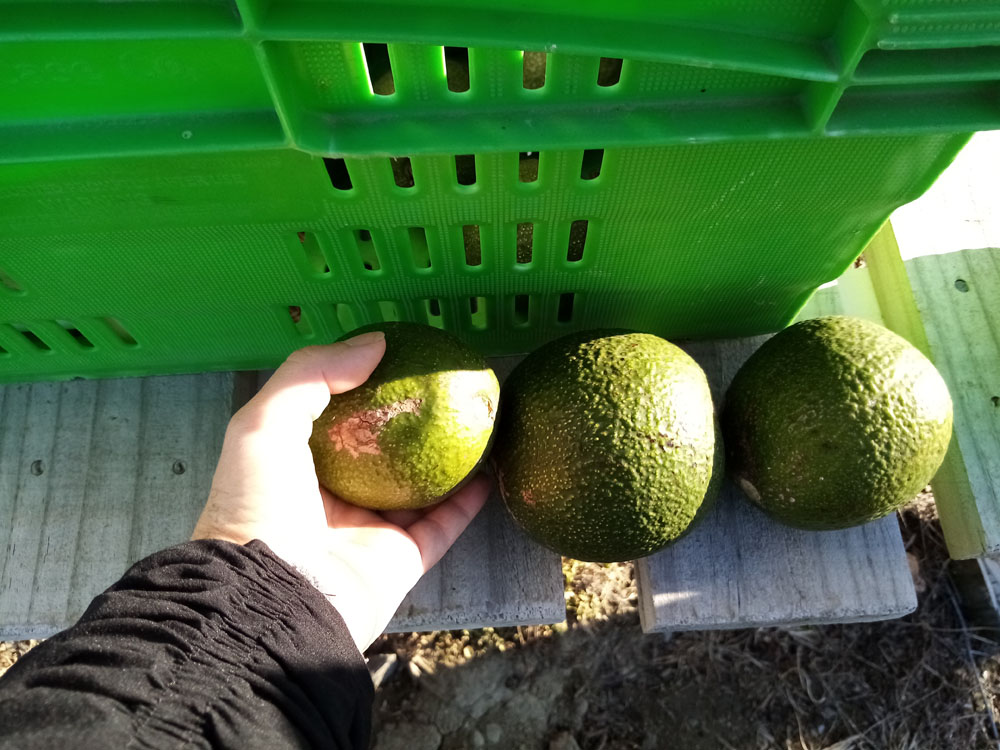 Seriously, when was the last time you saw one this big?

I’ll be enjoying one of those tonight with dinner! So I guess I can’t really complain about turning 50. I got out and enjoyed good company, good weather and the ocean along with its inhabitants. Scored some good food and for once, wasn’t completely freezing. But mark my words, this time next year you’ll be seeing pictures of monkeys, sloths and insects and I’ll pretend to be a zoologist.

6 thoughts on “The Big Five Oh No”