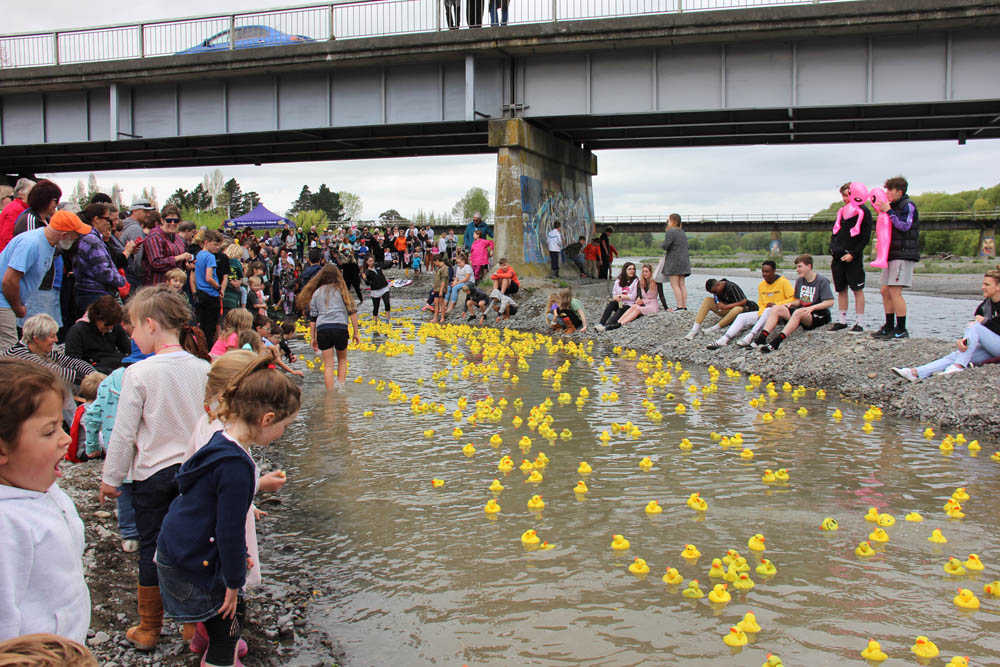 It’s that time of year again, after the Spring Fling events have finished but people are still in the mood to have some fun (not to mention, FREE). The masses set their sights upon the tiny town of Waipawa in Central Hawke’s Bay for an afternoon of food, music, crafts and duck racing!

An annual event since the mid 90’s, people can place a bet on a duck (numbers on the bottom of the duck) and win a prize if their duck comes in first. This is only the second year that the Corporate Duck Race has happened, where local businesses could decorate a larger sized duck to represent them and join in the race. The whole event aims to raise money for the Lions Club and Ronald McDonald House. I heard they’ll even be auctioning off the large ducks on TradeMe going toward the charities. Some local artists painted ceramic ducks and donated them strictly for the auction.

I decided to go about an hour and a half early to look around and was floored to see the traffic out of Waipukurau going toward Waipawa (a 5 minute drive) backed up this far! 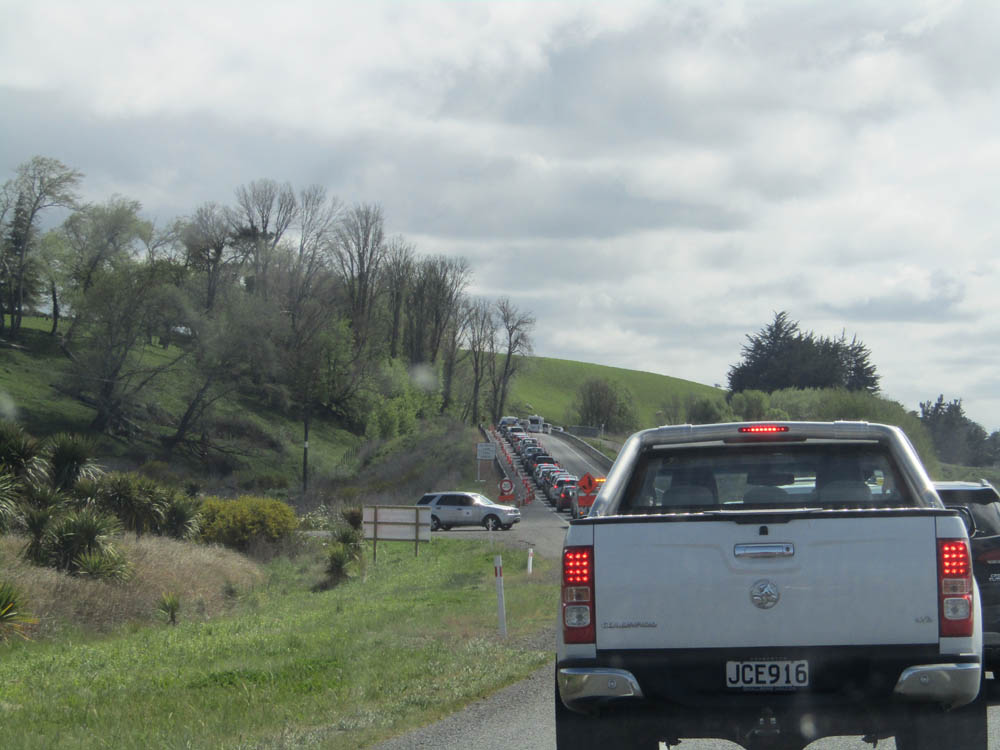 Thankfully, it was just due to roadworks which was down to one lane. Still a pretty impressive amount of people for this time of day. I arrived in Waipawa without any trouble and got a parking spot near the river.

The town is quite small with only a block of shops lining the main street, but people had set up tables selling plants, homemade goodies, wood crafts and much more. Around back where a small park was, I was surprised to see so many food trucks and more vendors with tents and kids playing everywhere. There was even an all girl band playing under the gazebo. 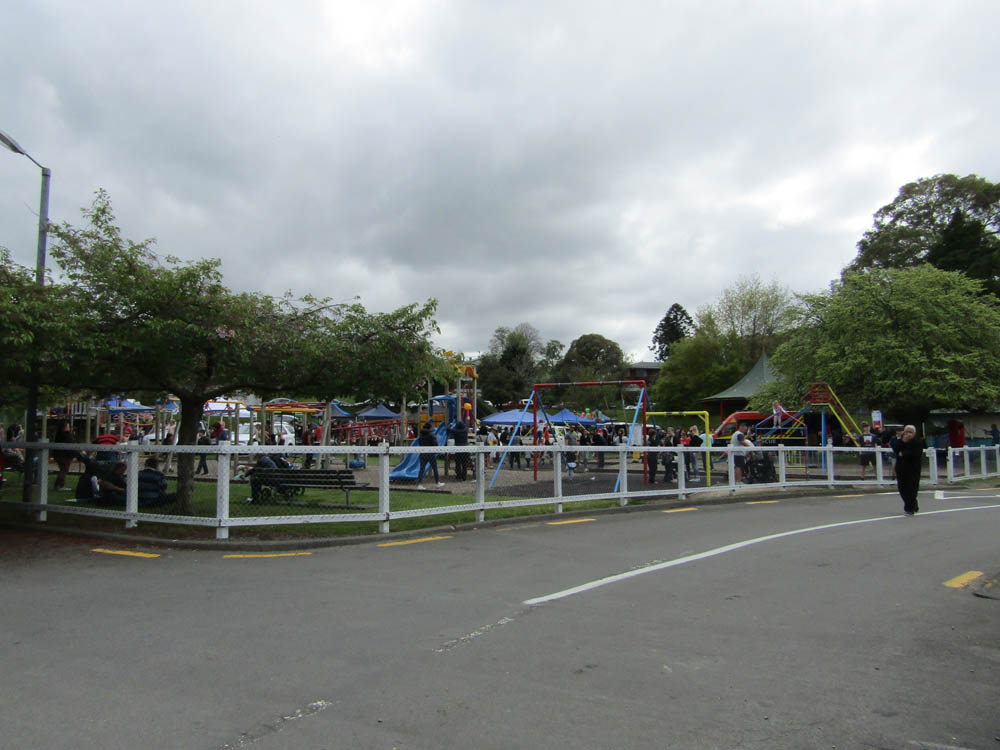 My client, Lotus Oils, entered their duck, aptly named Lotus McFloatus and decked her out with lotus petals and pretty eyelashes. They were displayed in the window of a local shop as well as on a table outside. 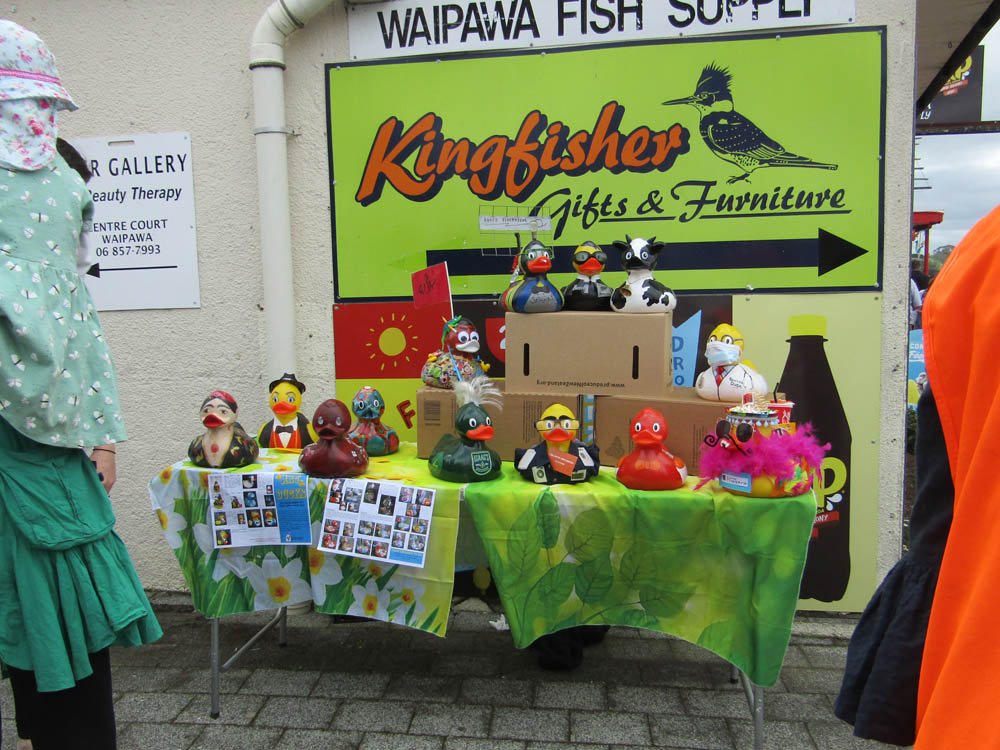 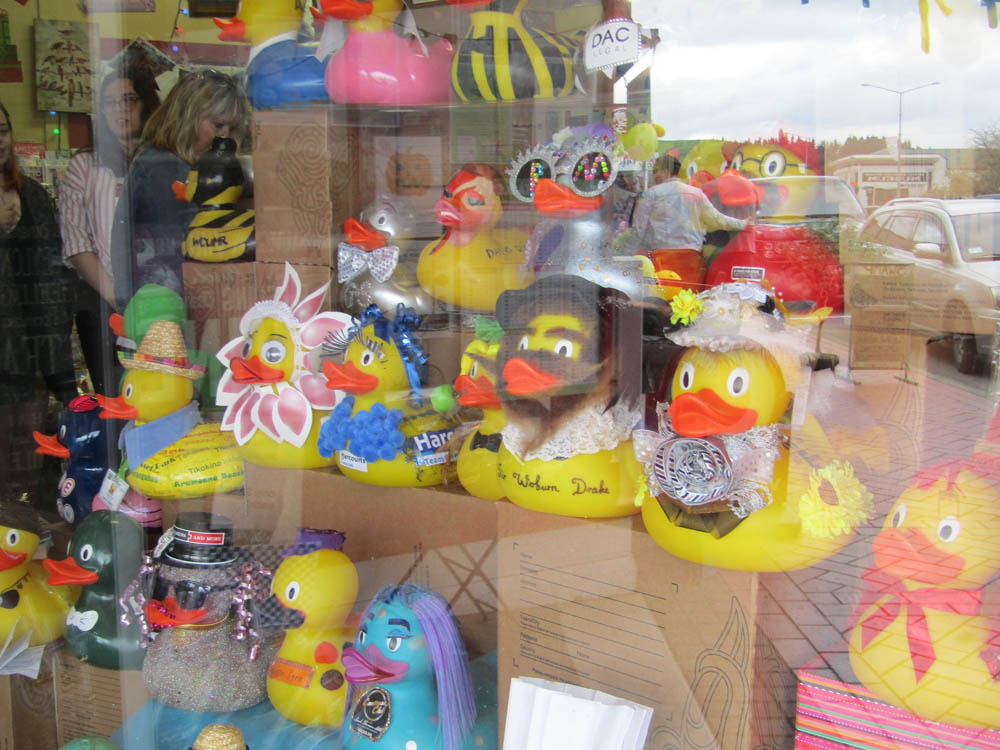 Give adults a duck and look what happens! I was amazed at the creativity that went into these (one of my favourites was a duck that looked like a cow). Also notice the duck doctor (he’s a quack!) and there was even a Mexican one you’ll see later.

We all met at the river a bit early and noticed a local radio station was even setting up (we’re big time now!). This is turning into some major news around New Zealand. It’s the only place that actually does a duck race here!

People stood around wondering where everyone was, but in typical Kiwi fashion, the crowd started flowing in minutes before the start of the race! 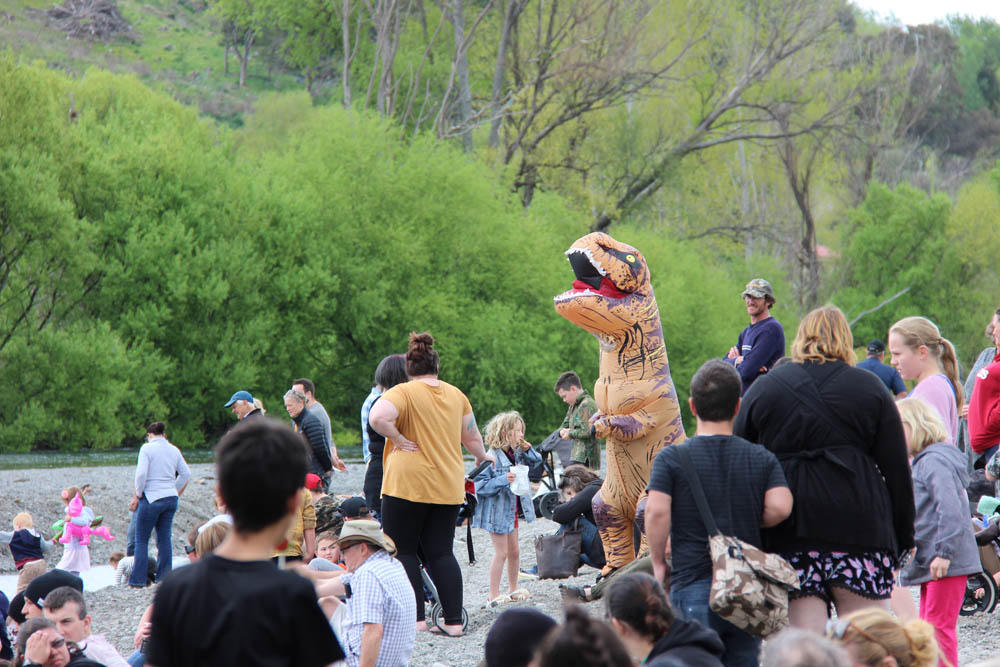 We stayed close to the finish line while people lined up along the river up until the beginning where the ducks got dropped into the channel that was dug out (so none went astray).

The corporate ducks went first, with a record number this year having entered (well, it WAS just the second year but had over twice as many as last). They seemed all bunched together and not as ‘floaty’ as the little ones. 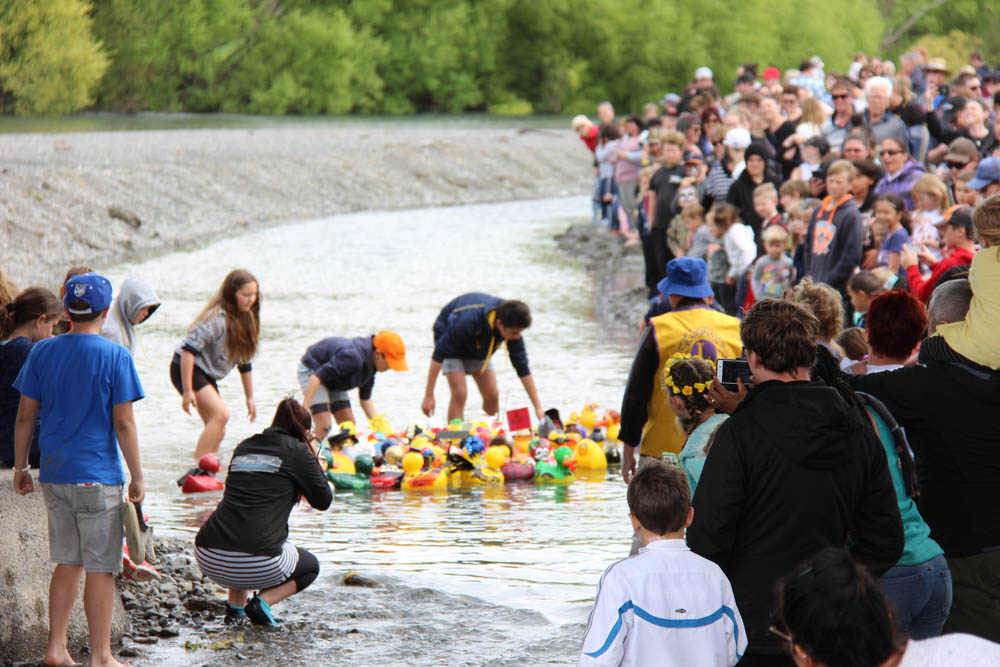 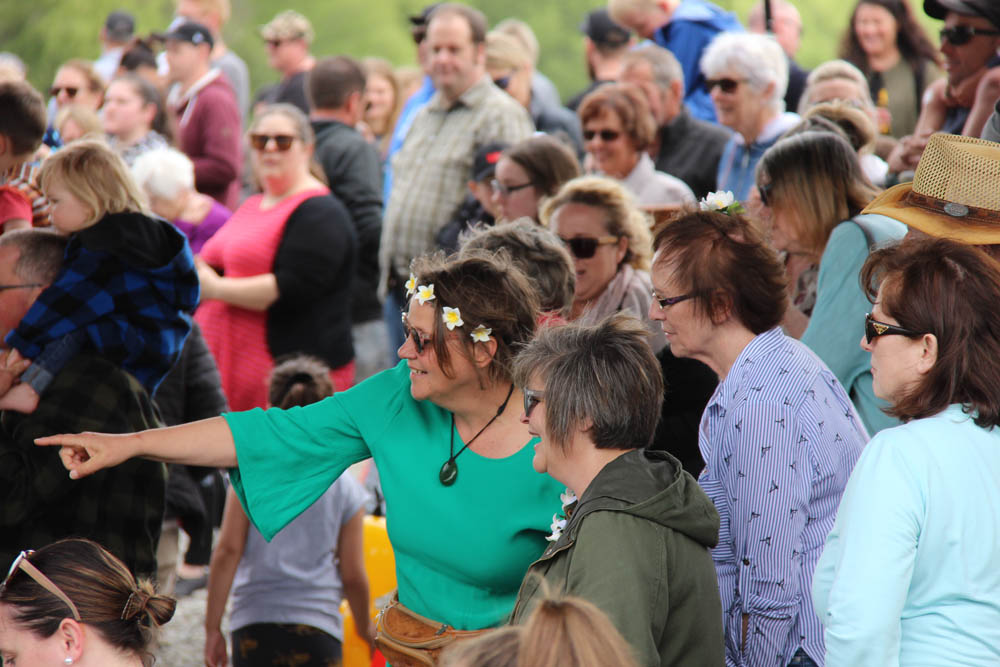 Looks like it was this one who won the race, unfortunately I didn’t catch who it was! And got a picture as he was walking off. 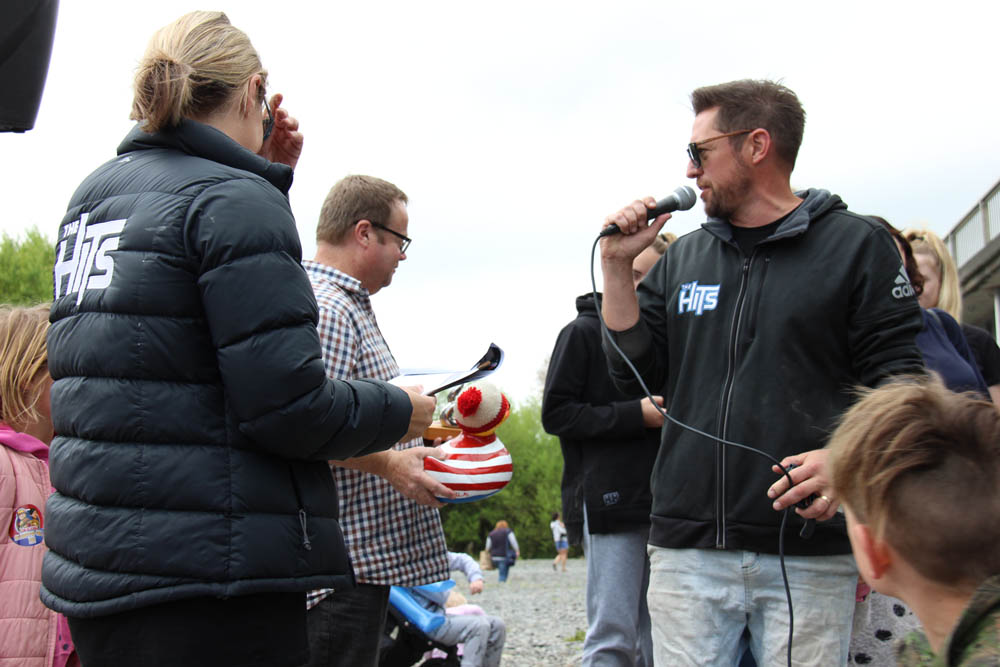 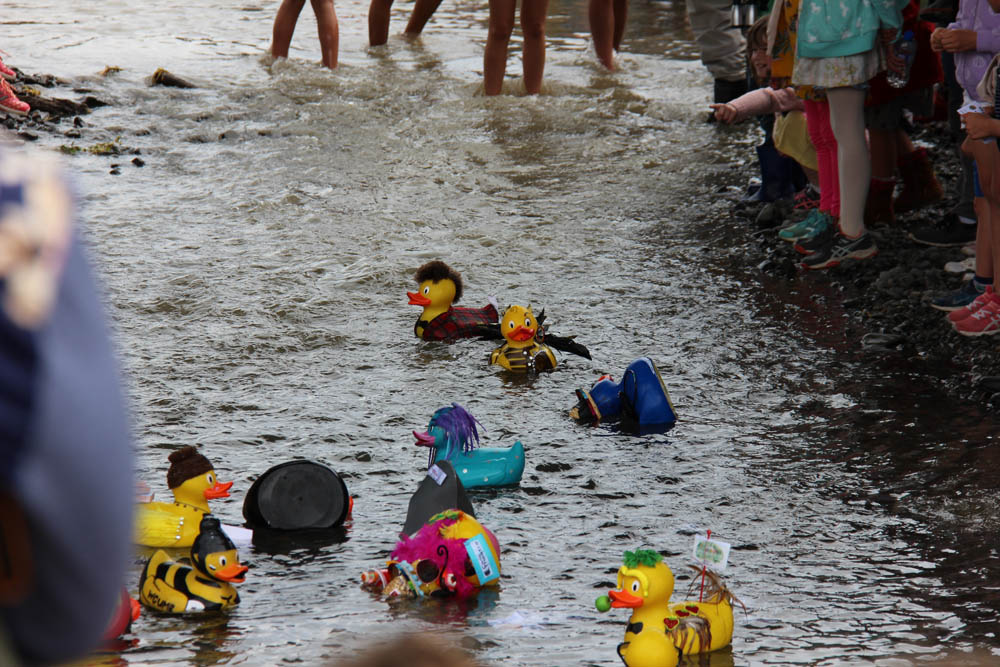 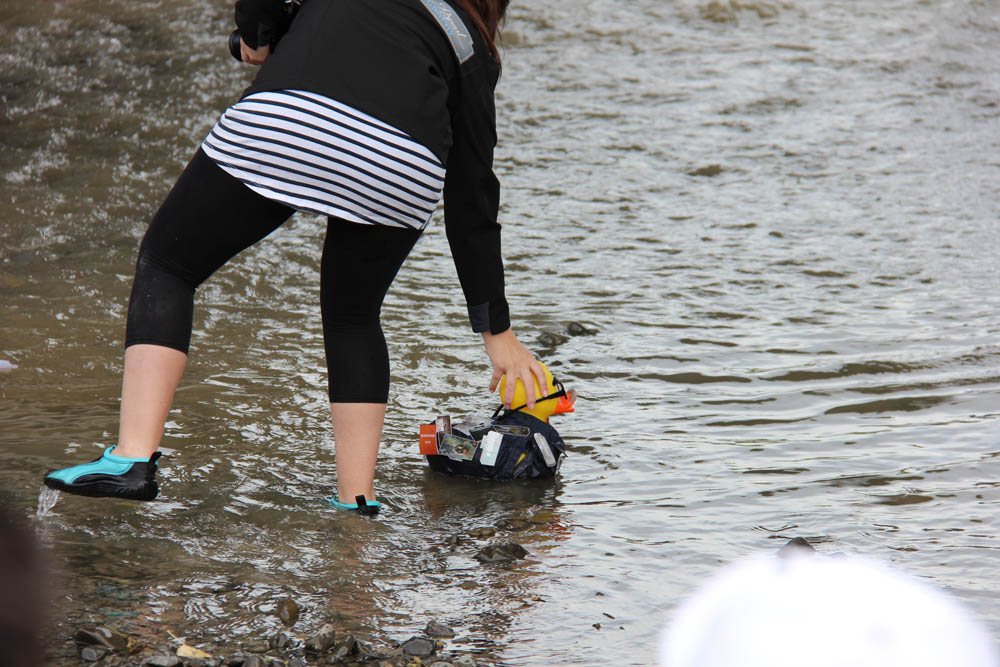 They lined the ducks up against the wall and then handed them back to the owners. 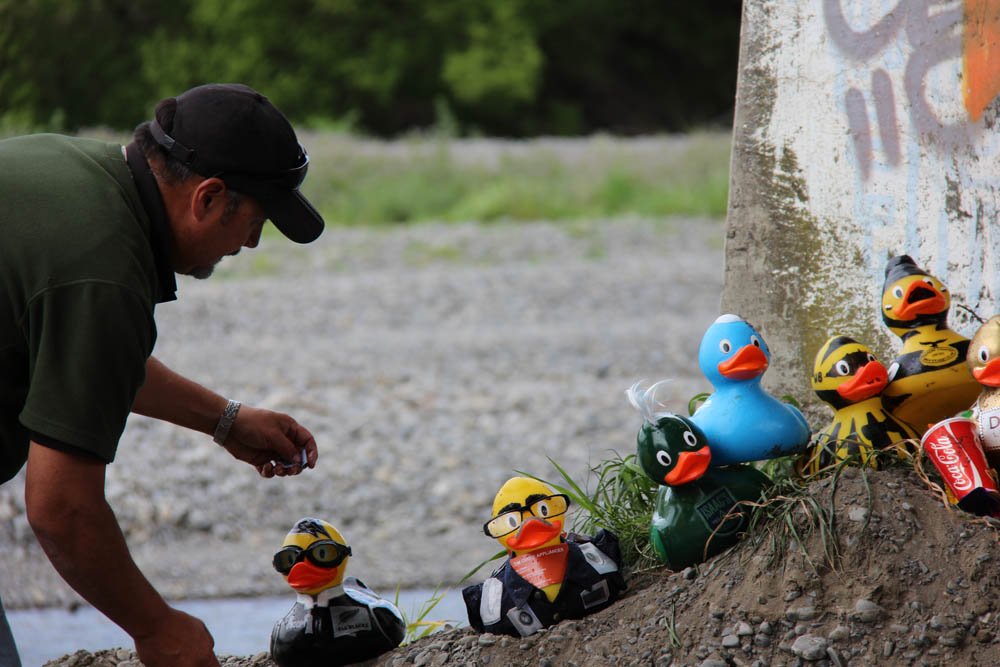 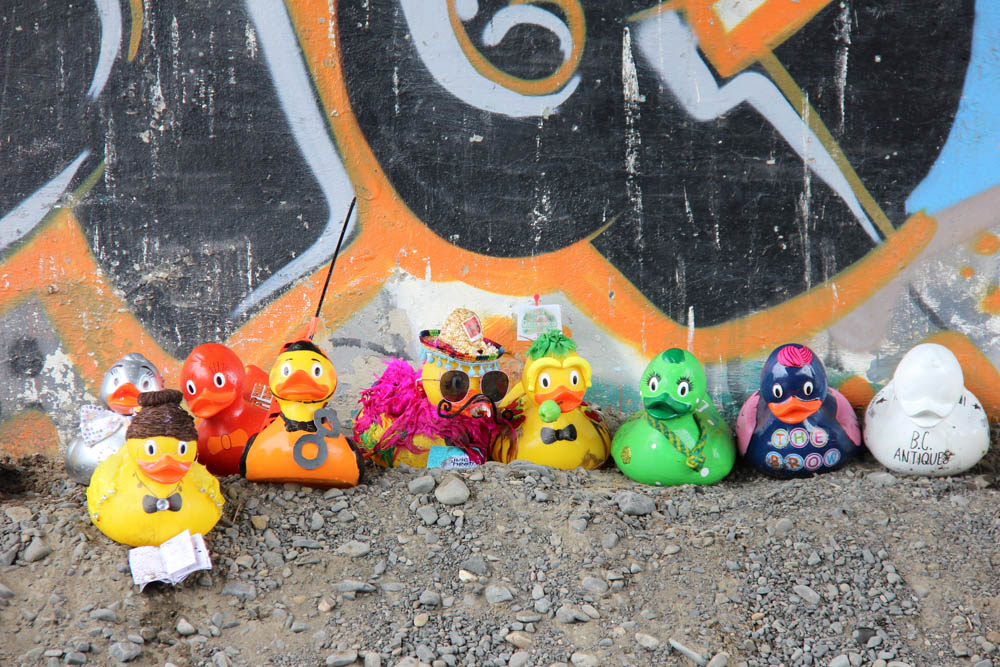 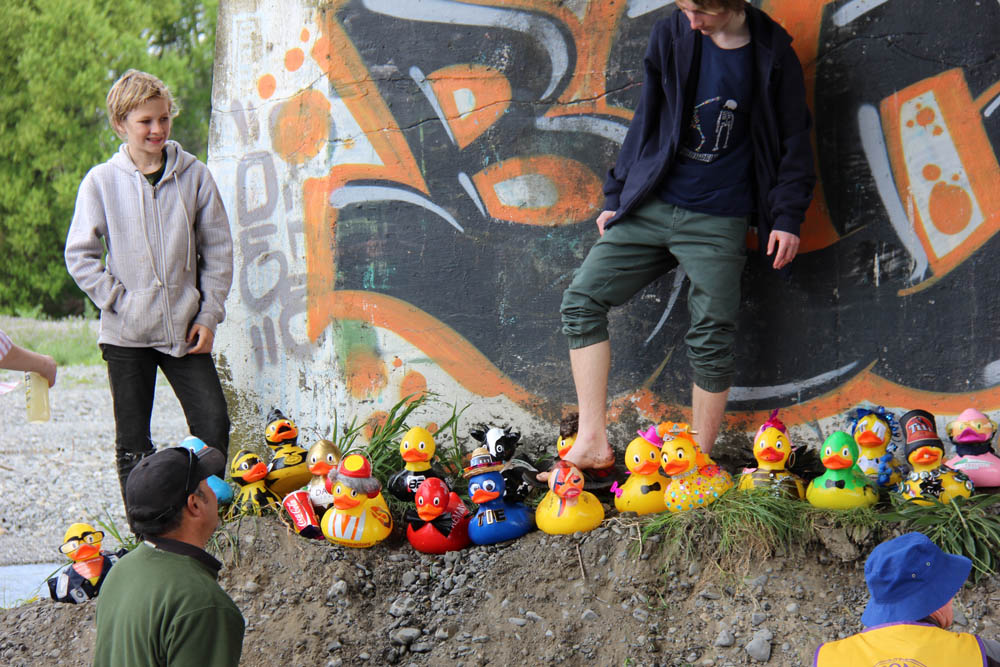 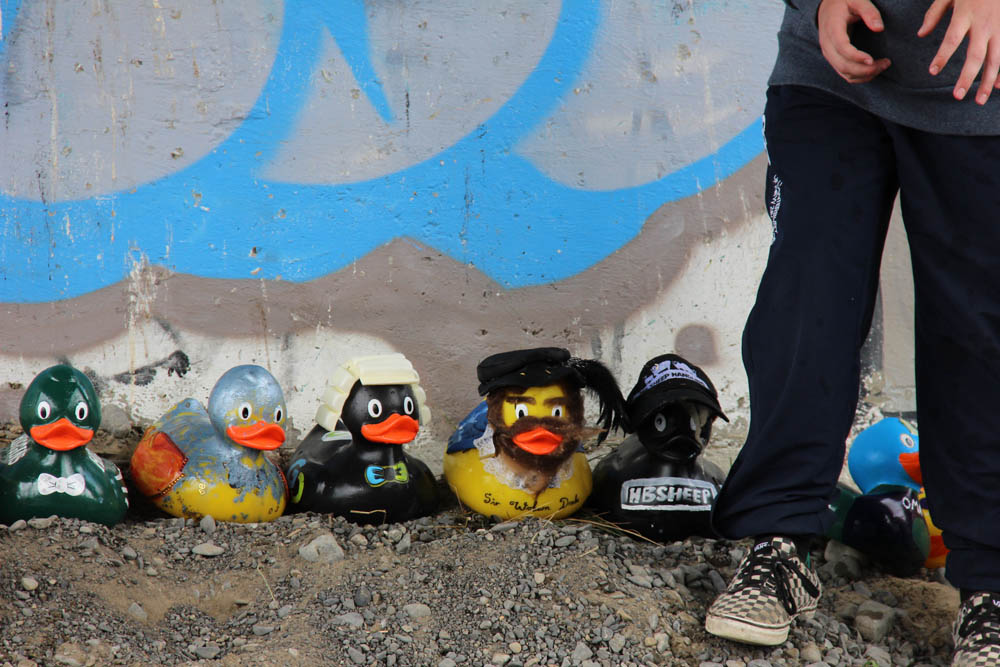 Lotus Oils collected their duck, with only a few petals out of place. 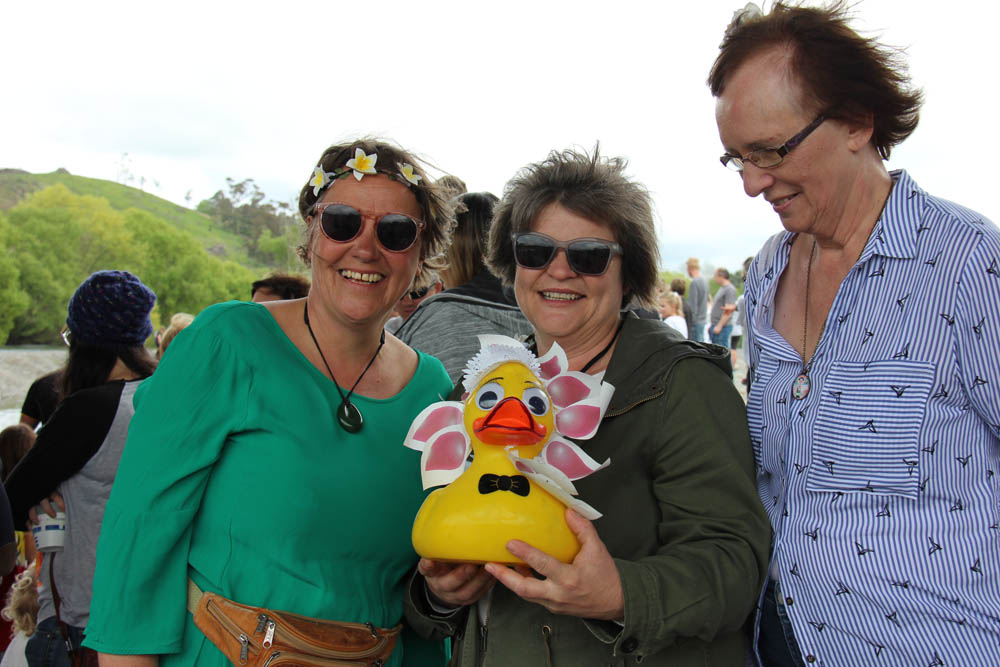 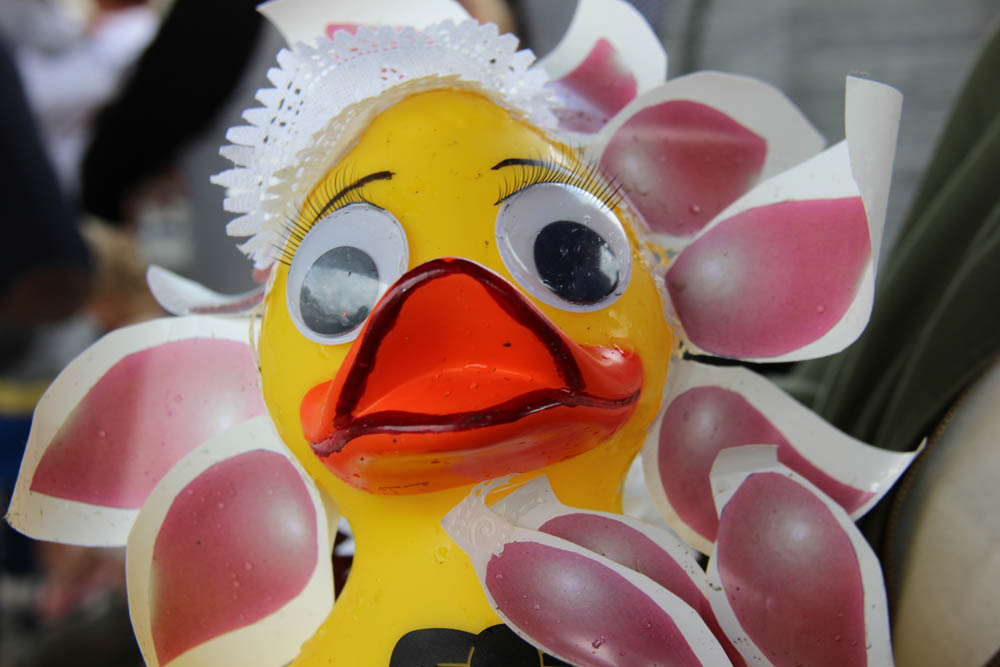 Then came time for the little ducks! Looking a bit deflated from the 2017 event I attended, the first one down the river seemed to have it going for him! 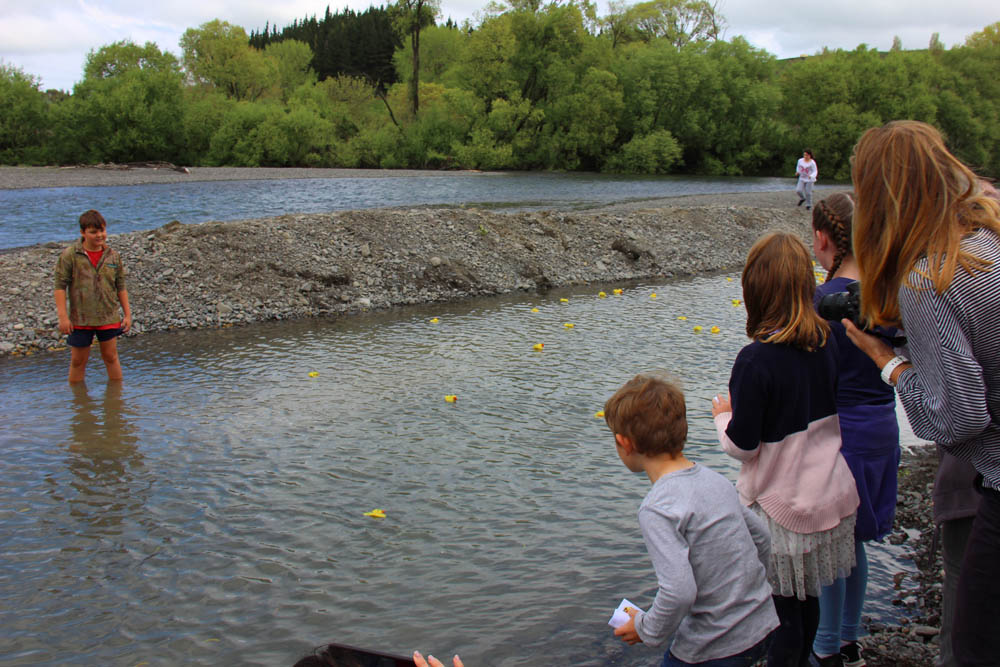 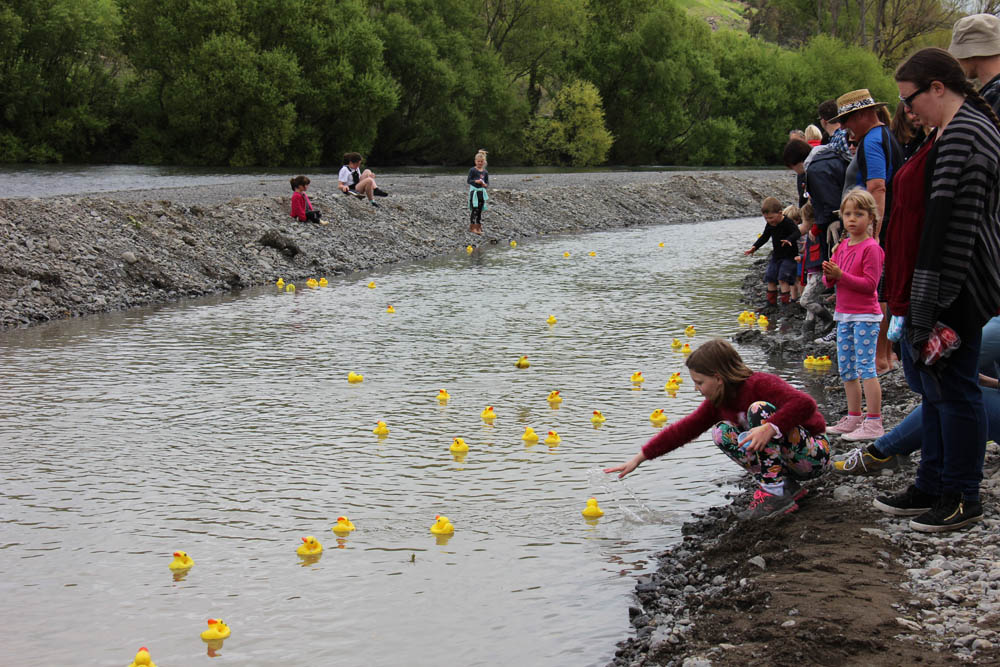 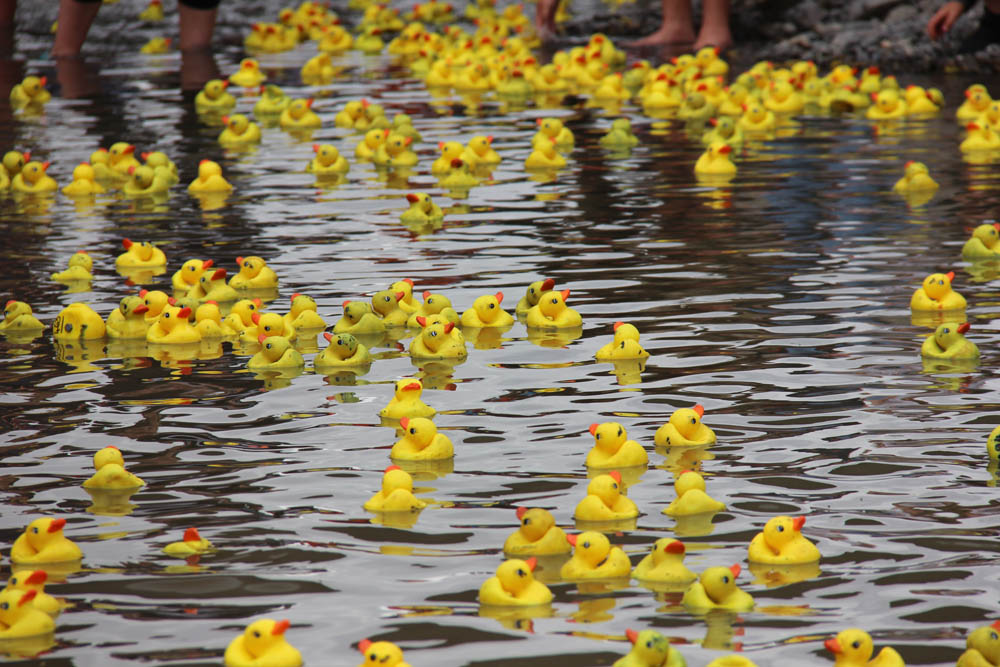 There were stern warnings given to the crowd about not throwing rocks at any of the “contestants” as disqualification would ensue and your ticket would be grabbed out of your hand! 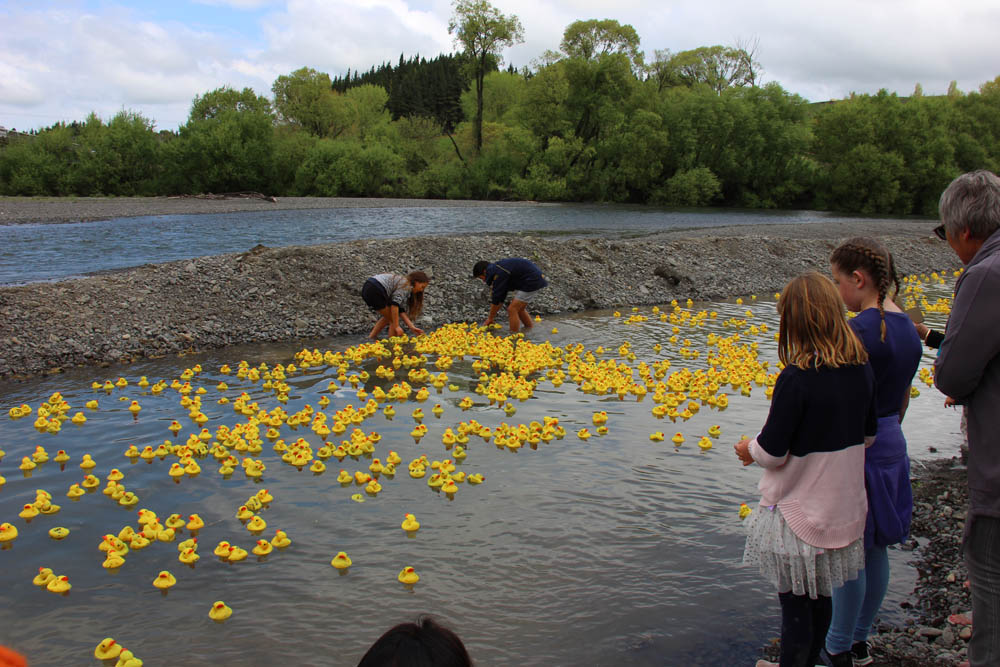 This little one seemed to want her picture taken and smiled for the camera! 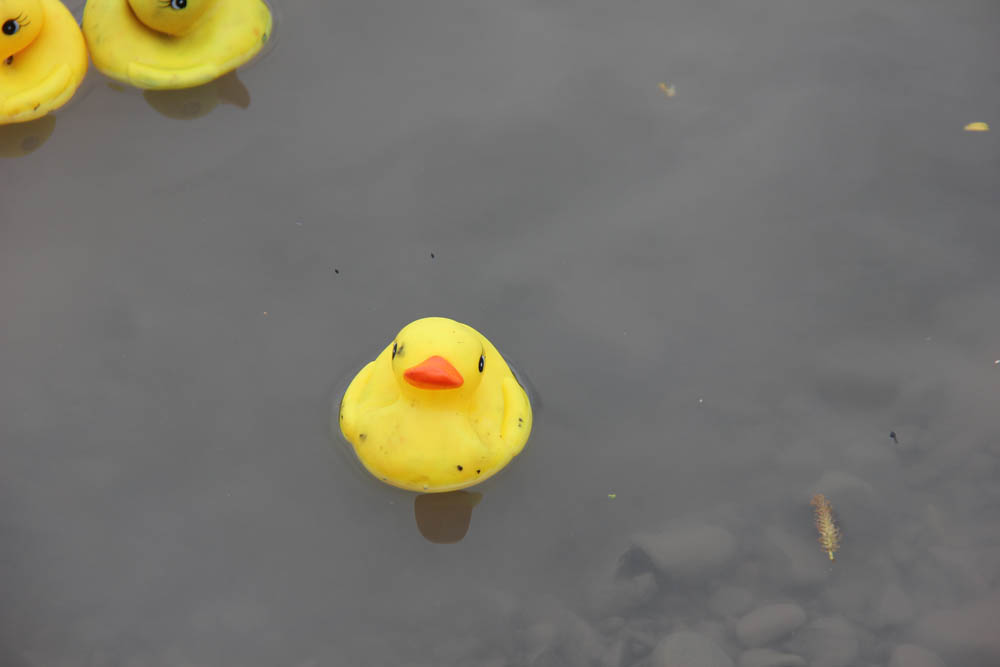 I don’t know how the kids stood in that water for so long, it had to be freezing! They all came down to the end of the race and the winner was announced. 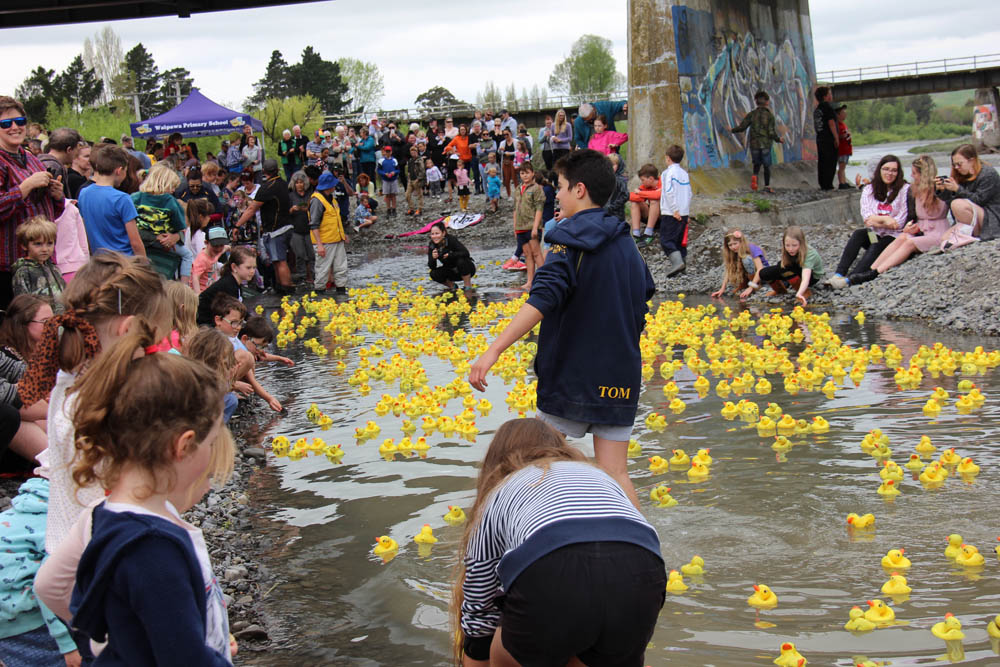 Then finally, the very last duck made it! I think there should be a prize for that one too!

The collection efforts were well underway, tossing the ducks into a big recycle bin for their yearly rest until the next race. 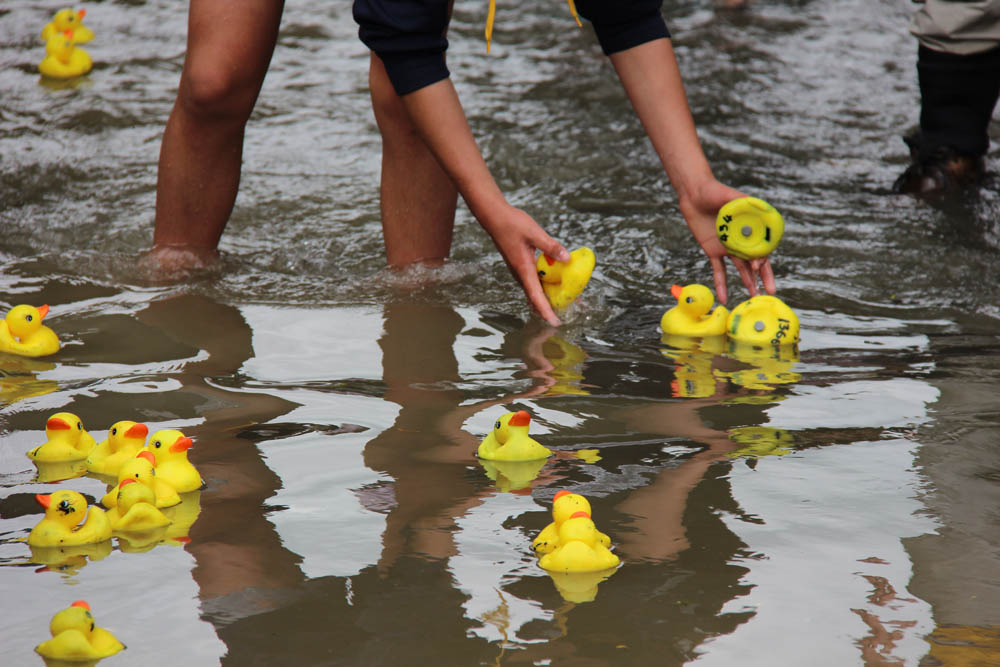 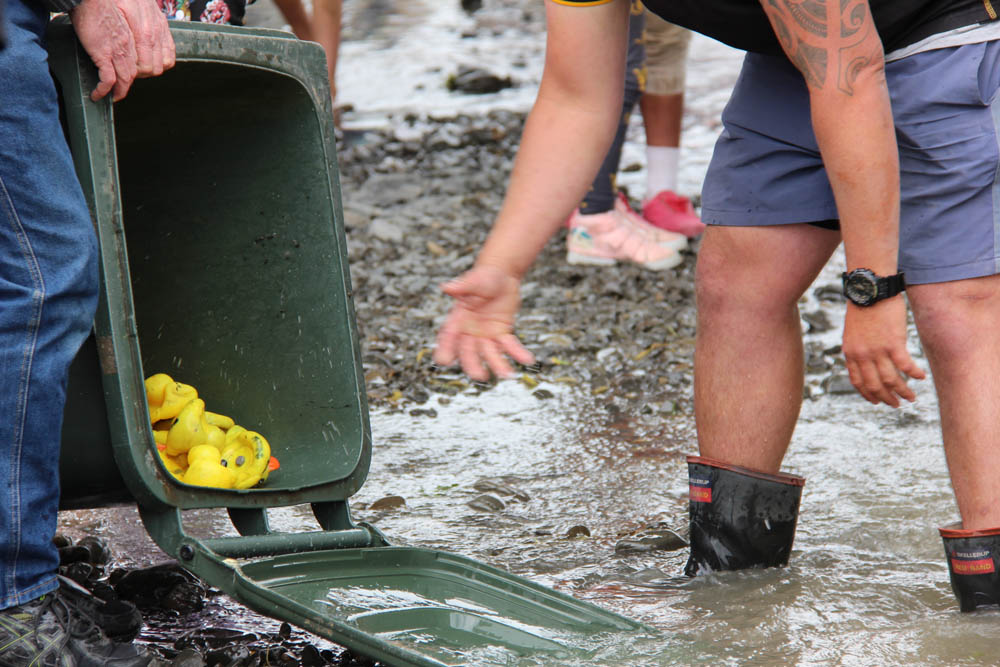 So this is small town life, folks. A silly little race that makes everyone smile and gets them outside for a good time. You’ll run into people you know there and talk with people you don’t. It’s one of those bonuses of living here and brings everyone a little closer together.