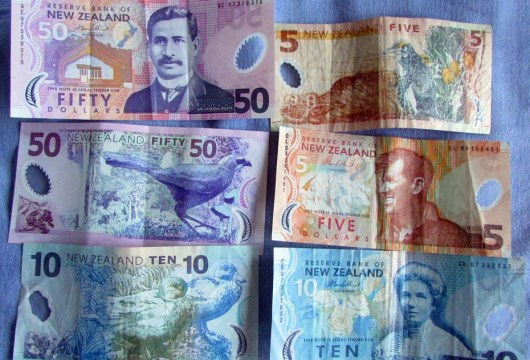 There were some things I wanted to talk about in regard to my time in New Zealand:

1. The cost of living and expenses incurred

Some of you may recall that I keep track of my monthly expenses wherever I live. It helps other people out who would like to know and it also gives me a big picture of where my money went. So a quick recap of the three months here in USD (keeping in mind I didn’t pay to live at the farm for two months):

I did have to pay for internet which was listed under utilities and that wasn’t pretty. Obviously food was expensive and so was transportation. If you can’t live for free somewhere, factor in $300 a week to rent a place or even do a homestay or share a flat with 2 or 3 other people. It isn’t cheap.  Basically double that $3500 for the 3 months of rent and you’ve got one expensive place to be living. Bus ticket prices are nowhere near as cheap as Central America. In NZ I paid about $35USD to travel 4 hours. Costa Rica buses (just as nice) would have cost about $6USD. I kinda had to get out of NZ due to the cost involved. I REALLY have to find house sits or helpx stuff there to make it worth staying. Minimum wage there is about $11/hr. USD.

On to the other topics!

One of the greatest inventions…the electric kettle. Heats water so fast your head will spin! Never put another kettle on the stove…these babies rock and everyone has one! People have tea ALL THE TIME there (and by the way, they also call dinner ‘tea’ which made it really confusing at first), so this is a necessity. 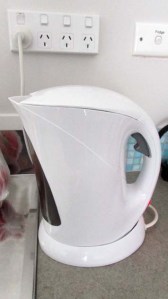 The weird outlets took some getting used to. You can turn them on or off which still messes with me because I’m just used to plugging in and going…I’ve had my laptop die in the middle of something important more than once because I forgot to ‘turn on’ the outlet. Annoying. 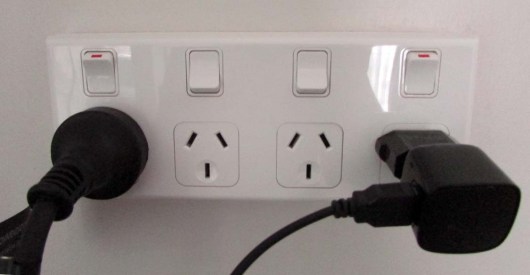 Showers, and while on the topic, water as well. It’s either scalding hot or freezing cold. Almost all showers I’ve been in had this Topliss dial on it which is very sensitive. One small turn in either direction means the difference between third degree burns or lukewarm water. Most showers will hold one person uncomfortably and usually with a metal floor. I felt like I was in some bio-hazard stall most of the time. Not attractive and usually nowhere to put your shampoo, etc. except on the floor.

It also seemed like whoever designed kitchen sinks had never washed a dish or a pan in one before. There were typically two knobs for hot and cold, sometimes with two faucets which does you absolutely no good at all. Again, scalding or freezing. But ALWAYS without exception, the faucet was too close to the edge to actually get a pan in there comfortably to wash and the sink was too shallow to move around in. Banging metal and clanging noises ensued. SUPER annoying.

I also couldn’t help but notice that almost nobody ever had a trash can in the bathroom. Why??? It’s the perfect place for one. There was even room to have one in there but without fail…never one there. Another annoying thing was not having a toilet in the same room as the shower. Weird.

Since I arrived in the winter, it took me two months to defrost because people don’t have central heating. Electric blankets, yes. Fireplace or wood burning stove, yes…but your room was never heated. You’d be lucky to have a heater in your room (again, a great place for one, but rarely there). I’d wake up in the morning to around 60 degrees which was never pleasant.

Another thing I noticed is that there are no shingle roofs here. They’re either metal or terracotta. Smart thinking there…houses in the U.S. should be built that way too but I think it’s really expensive to have a metal roof for some reason.

I wasn’t the only expat to notice this, but even dogs know to look right before crossing the street. That made me feel like a fool since I still can’t figure out which way to look. I was told by some smart alec to look BOTH ways before crossing. Um…yeah, that’s real cute.

Some funny sayings made me stop and laugh more than a few times. I was asked once where I ‘hatched out’, meaning where was I born. People will say, “Let me get out of your road”, which means out of your way. When I went up to Blenheim, I noticed people saying, “Good on ya!”, which meant good for you or good going. Down south, everyone would say “Hey?” when they didn’t hear what you said instead of “What”. Nobody says “Bless you” when you sneeze. Hiking is called tramping, a dirt road is called a track and an ATV is called a bike. When talking about the time, they’ll say “Half three” which means 3:30. Makes sense. They call high school ‘college’ and college is ‘university’. This may not be true everywhere, but a lot of kids get shipped off to high school and stay there the whole week in dorms. Very odd.

I will say this though, as a whole, Kiwi’s are really intelligent people. You won’t get much past them. They are polite, almost to a fault, as one guy put it to me the other day. Really terrific folks…love ’em to death. Honest, reliable, trustworthy…the whole 9 yards. For the most part, they seemed genuinely happy and how could they not be, living in such a beautiful place. They didn’t seem to take their country for granted, nor the beauty surrounding them. Oh, one other strange thing…it seemed like every Kiwi man I ran across had big beautiful blue eyes. It was getting far too common to see that and I jokingly asked if every single man in the country had blue eyes.

Speaking of blue, NZ has the bluest blues of any place I’ve ever seen. The sky is crazy blue, almost unnatural. The water can be this odd milky blue that looks like a magic potion. Then there are the trees…prehistoric looking trees. Big fern trees that are depicted in museum dinosaur exhibits; old pine trees with low thick branches that are like arms reaching out to grab you in a nightmare; tall dark trees that stand close together like sharp blades poking out of the earth. All scary and menacing…I always felt strange around the trees.

The landscapes were surreal as well, oftentimes my photos looked like paintings. It was hard to believe I was really in certain places…almost like it was a dream state. How could anything look so perfect? I’ve been in postcard places before, but NZ was the ultimate. I haven’t even seen much of the place, either. In terms of beauty and pristine, they’ve got it nailed.

I’m looking forward to coming back in February for another 3 months to see more. Hopefully on a tighter budget! 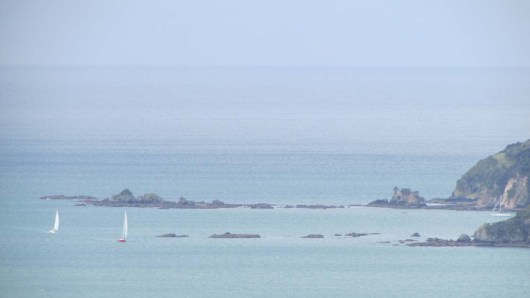