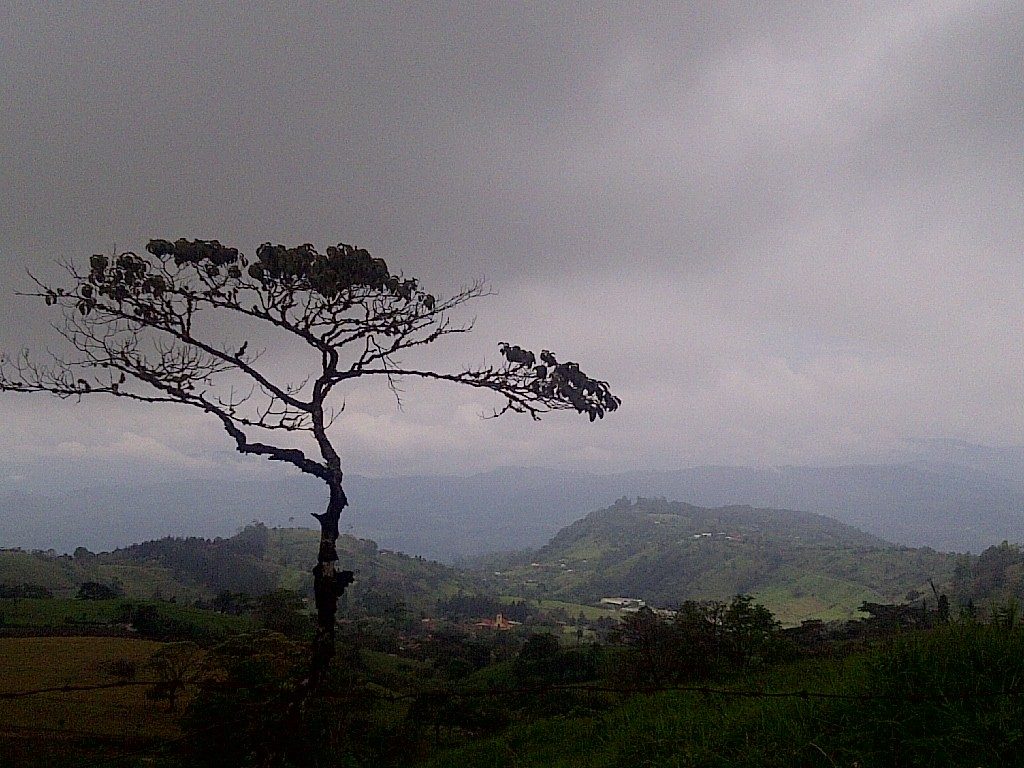 I was reminded of just how great this country is from reading a ‘Best Of’ list from the past year.  Happiest people, great beaches, wonderful hotels, excellent nature destination, environmentally friendly, etc.  The headline to this (which was in a local paper) seemed to imply that it actually wasn’t true: ‘The best of Costa Rica in 2013, according to everyone else’.

After living here for 9 months, I can tell you how I saw it.  Yes, the people do seem to be happy, laid back, family oriented and caring.  Some of the most generous and nicest people I’ve ever met were Ticos.  But oddly enough, something changes when a crowd gets together.  One thing I noticed right off the bat was how nobody wants to let you in…whether it’s on a bus, plane or in traffic.  People will blatantly block an intersection so the other side of traffic can’t move anywhere.  It’s not like they would be cut off or made to wait any longer…they simply don’t seem to understand that you don’t block an intersection.  People will honk at a traffic standstill like that’s going to help matters.  Seems like the only time people are in a rush is in traffic.  Boy, put them in the middle of D.C. or L.A. and see how they’d like THAT!

Same on the bus.  You know how when everyone leaves a bus, plane, whatever…you let the people that sat in front of you out first?  Not here!!  People will COMPLETELY ignore the fact that you’re standing right there trying to get into the isle.  You have to physically run into someone and stand your ground or wait until EVERYONE leaves.  It’s not just buses either, it’s happened on airplanes too.  I just don’t get it.  People seem really surprised when I let them in front of me onto or off of the bus.  People will also just cut in front of you in a line somewhere like it’s no big deal.  There can be a line of 40 people and they bum rush the front or just step right in front of you…no ‘excuse me’ or ‘may I’.

I would always hear that you should use environmentally friendly shampoo and laundry detergent here but I wasn’t quite sure why.  I know now!  All of the gray water is drained out to the side of the street into ditches.  Around here, I’m pretty sure they just go directly into the streams and rivers.  I look at those differently now.  Getting into a nice pool somewhere in the mountains or jungle doesn’t have the same appeal that they used to.  Anything you put down the kitchen sink or bathroom sink and shower go there.  That includes draino, bleach, cleaner, food particles, paint, shaving cream, nair…you get the idea.  The worst part of that?  I fell into one the other week.

Shark fishing is legal here and they sell shark meat in the grocery stores.  Yet, finning is ILLEGAL but goes on in record numbers.  It’s horrifying to me that this country allows this to happen.  I read somewhere that the ceviche you have here might just be shark meat and you’d never know.  I take this excerpt from the Huffingtonpost.com:

“Earlier this month, the Costa Rican National Coast Guard notified Interpol that some fishermen have been employing a gruesome technique of mutilating sharks to circumvent national legislation that states the animal’s fins must be “naturally attached” to its body when it’s brought onto land.  Grisly images provided by Interpol show butchered sharks with only a band of skin to keep the fins attached to the spine. The rest of the body is thrown out at sea, enabling fishermen to transport many more fins.”

Things are not cheap here.  If you want to live like an American, better hope for an American salary somehow.  I’m sure 20 years ago it was the place to be.  You’ll have trade-offs.  Less stress, great weather, wonderful scenery but less variety at the grocery store, department stores and expect to pay more for all of these than in the States.  Cars are the most expensive here and people treat them like their first born.  Don’t expect hot water throughout the house or a dishwasher either.  I’ve seen a dishwasher ONCE here.  It was in a wealthy expat’s house.  If you think that by coming here you’ll save money, think again.  I recall reading in a forum once about an American who wanted to move here and needed to make sure there were Starbucks, wine bars and exotic cheeses to eat.  HA!  Boy was he disillusioned.

So that was the bitch session…I’ll move on to the positives.  Yes, it is beautiful.  I like that you can go to different areas in the same day.  The beach, the mountains, the valley.  The amount of animal life is incredible and the weather really isn’t as bad during the rainy season as I thought it would be.  If you really want to get away from people, you can do it here.  Go find a little Tico house to rent in the mountains and you won’t have to see anyone!

I’ve been pretty lucky here as far as crime goes.  I haven’t had any incidents and I figured by now, I would have.  I shouldn’t let my guard down though.  I don’t really feel vulnerable being a single female although most people look at me like I’m crazy.  I’m just glad they mistake me for a local.  San Jose is a different story though.  A group of girls that volunteered at JRC (from Germany) were all robbed at knife point on a sidewalk in the middle of the day.  Sly moves like asking if someone can take a chair from your table at a cafe seems harmless enough.  Until you realize your bag that was hanging on the back of your chair is gone…and so are the people who asked for the chair!   Houses there are protected by barb wire and gates along with bars on the windows.

Some of the people I’ve met here have been way friendlier than Americans and really do want to help you, not just say they do.  They’ll offer anything they have or their time or expertise.  They really do go out of their way for you and I love that.  Once when I was on vacation here we got lost in Alajuela trying to find our B&B.  A mechanic AT WORK got in his car and tried to lead us to where we were supposed to go.  Didn’t want to accept any money for what he did, but we forced it on him.

People also really love plants and flowers here.  Their yards are usually tastefully decorated with plants, trees and bushes.  It’s rare to see a yard overgrown.  For the most part, they take good care of their houses and keep them clean.  The people are usually well dressed and groomed as well.  I also love that you can go dig up a plant from the side of the road, take it home and plant it.  Ha!  No trip to the Home Depot for plants here!

The dogs and cats are humble.  Even THEY are different here.  I’ve never been a fan of dogs and cats in the States.  When I’d vacation in Central America I’d always notice that the stray dogs were better behaved than dogs my friends had.  They wouldn’t beg, yet they’d sit there starving right in front of you.  Bony, starving.  I can’t help but feel compassion for them here.  They have a hard life.  It seems that some people keep them, but either don’t feed them or just give them people scraps.   I do take pity on them and figure if I can help them, even in a short amount of time, I will.  People don’t seem to show much love for their pets, so when a beach dog is carrying a stick around all by itself, I feel inclined to throw it and play with her.

Well, you knew it couldn’t ALL be good, right?  Sure, I didn’t mention the insects, spiders, ants and other strange critters.  You get used to those.  But overall, I wouldn’t want to leave here to go back to the States any time soon.  Actually, NO time soon.  I’m ready for another country now, but not willing to give up this part of the Americas just yet.

As for this house I’ve been in for 5 months, I’ve seen a lot of stuff grow and die and appear from out of nowhere.  What was just a suggestion of a banana plant by the pond has grown and even started fruiting those cute pink bananas!  The big ginger plants where my ‘shampoo ginger’ flowers came from dried up and turned yellow (but are now coming back again).  The rose bushes that looked dead started a new life after being pruned back.

Yesterday while cleaning the windows outside, I checked on the mantis to find a BIG surprise!  It was a HUGE mantis all of a sudden.  I looked for the ‘normal’ mantis, thinking maybe this was a female that found the male.  All I found of the smaller mantis was the shed exoskeleton, but still it was nowhere near the size of this ‘new’ mantis!?  And this one had big wings too!  My god, is this really a female and she ATE the male!?  I saw the smaller one just the other day.  How could it have grown so quickly!?  Well, I’ll never know but it was interesting to have a critter I could watch develop.

The tomato and pepper plants I planted 5 months ago have finally decided to grow up.  Well, not the jalapenos.  Those took a long time but have finally grown a few green leaves on them.  I’m sort of mad that the only tomatoes I will be able to eat are in the last days of me being here, but better late than never, I guess.

It seems most of the birds have gone somewhere else.  Hummingbirds are definitely lower in numbers.  I only see a couple per day now.  There have not been as many birds hitting the windows either, which is good.  And who would’ve guessed that I’d learn something about birds from rescuing them after bonking their little heads against those windows!?  Most people have no clue that birds have a distinct smell to them, so I’ve gotten to sample that and hereby claim that I will be sniffing every bird I hold in my hands from now on!  Call it a New Year’s resolution.

On the beginning of this journey, I said I’d give it a year before even thinking about going back to the States.  Even in the hardest first few months, I never wanted to give up.  I still don’t want to give up and find it hard to even think about returning to my country.  Panama will bring me closer to possibly finding a new career, it will teach me things I never thought I’d learn and I’ll meet a whole new crowd of people.  I’m no longer needing to put a time stamp on my travels and will just take things one day at at time.  Gone are the days of planning, rushing, accumulating and dreading.  It feels good to do your own thing without any restrictions or worries, so I’ll just go with that feeling.  Onward and through the fog! 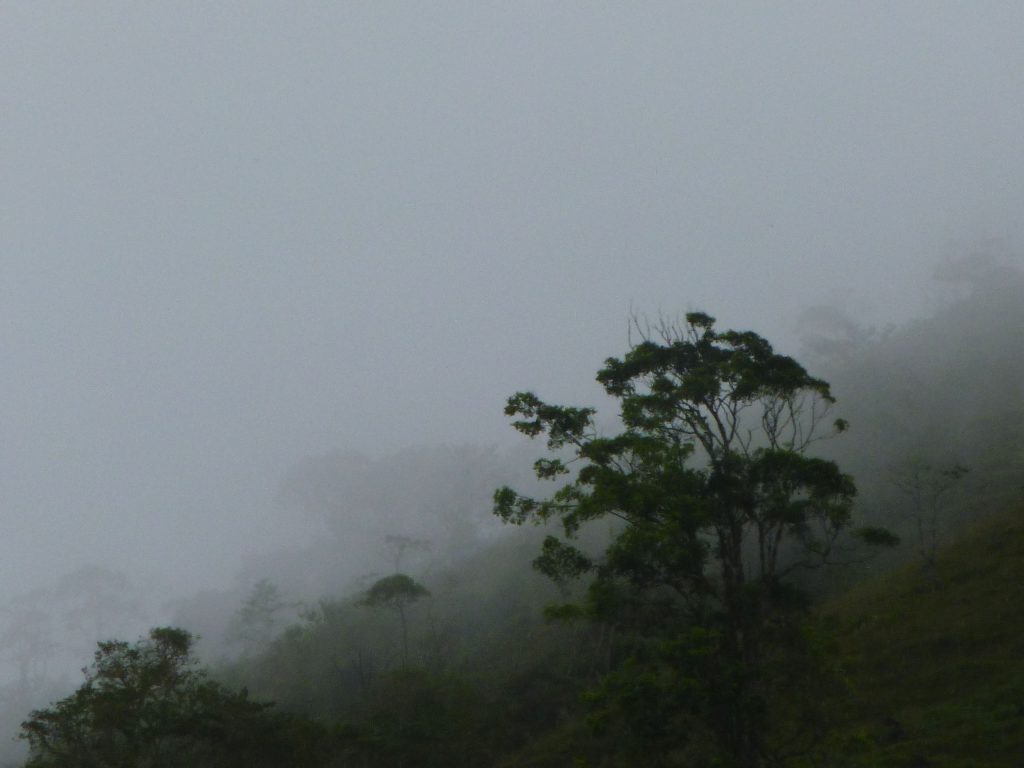 0 thoughts on “Costa Rica: Looking Back”