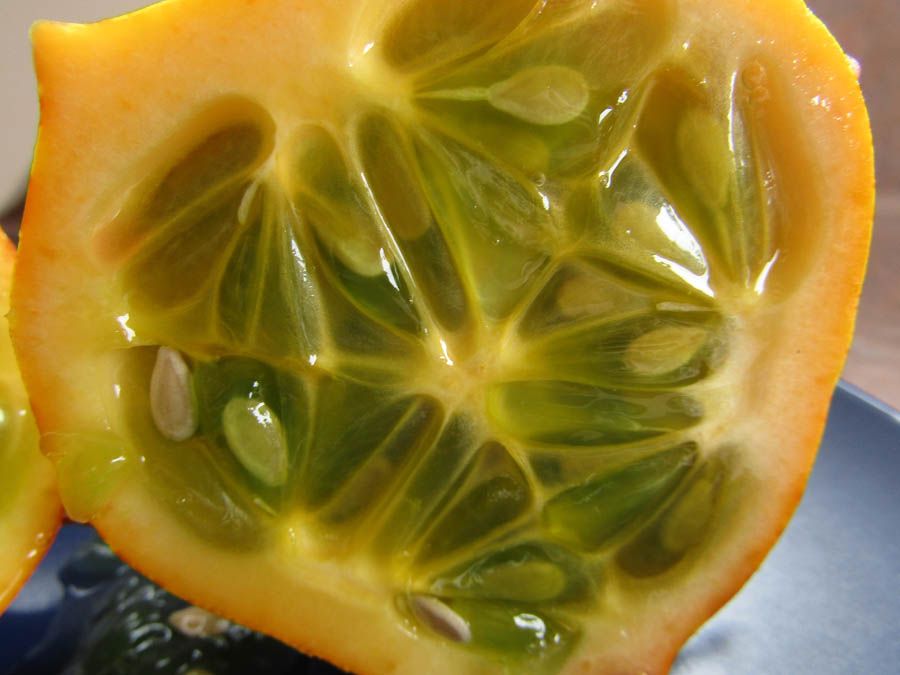 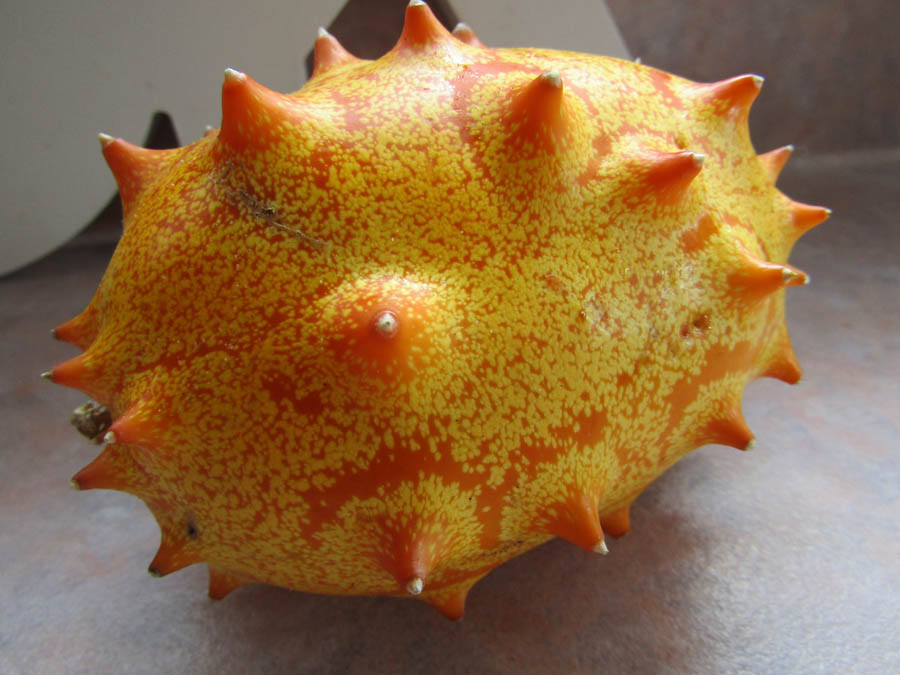 I’ve seen these things in the store recently but with a price tag of $5, I wasn’t about to try it out. However, yesterday my boyfriend wanted to go buy some ‘treats’ and happily threw it in the basket. I had no idea what to expect. I figured with those spines on it, whatever was inside HAD to be delicious. It sort of reminded me of the dragon fruit I had in Oz that I liked a lot. It also reminded me of a microscopic germ on steroids. 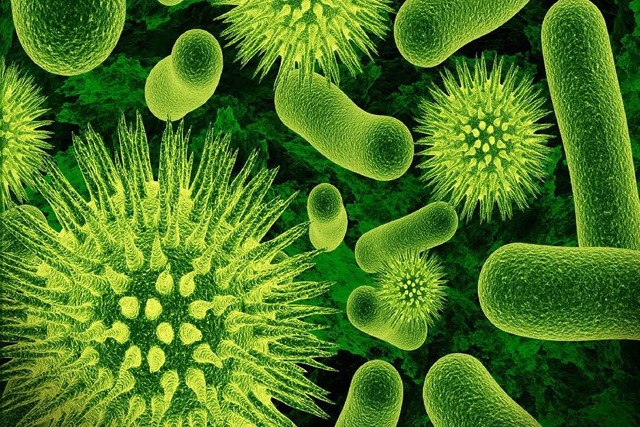 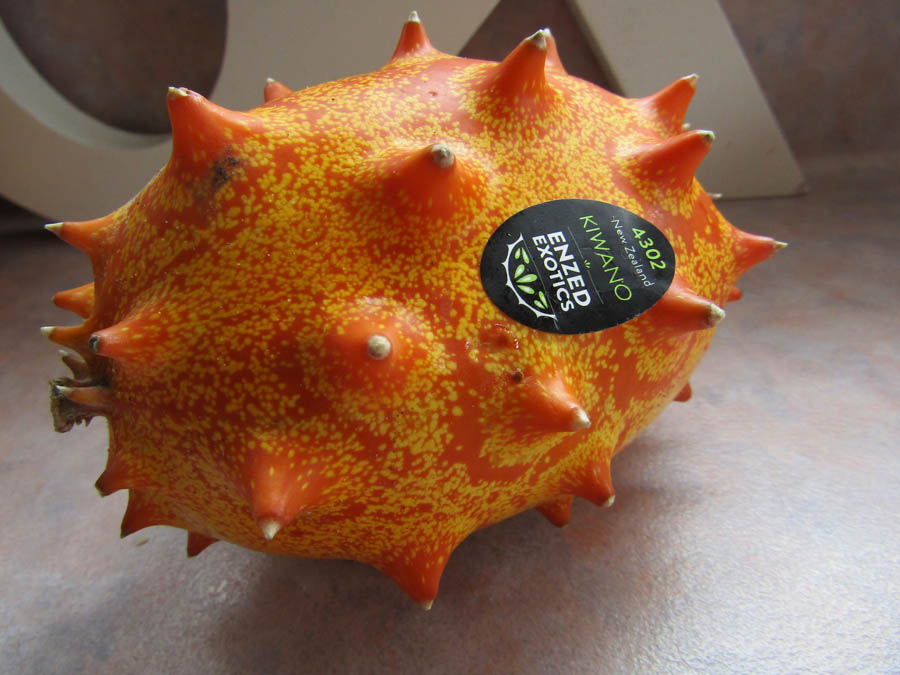 This fruit goes by many names. The label said ‘Kiwano’ and claimed it was from here. Seemed to me it was probably not a native and a quick search confirmed it was originally from Africa. Also called a horned melon, jelly melon, African horned cucumber and hedged gourd…native to the Kalahari desert. It apparently contains a lot of water, which comes in handy when you’re in the desert! It grows as a vine and is a member of the cucumber and melon family.

What I saw inside was not what I had expected: 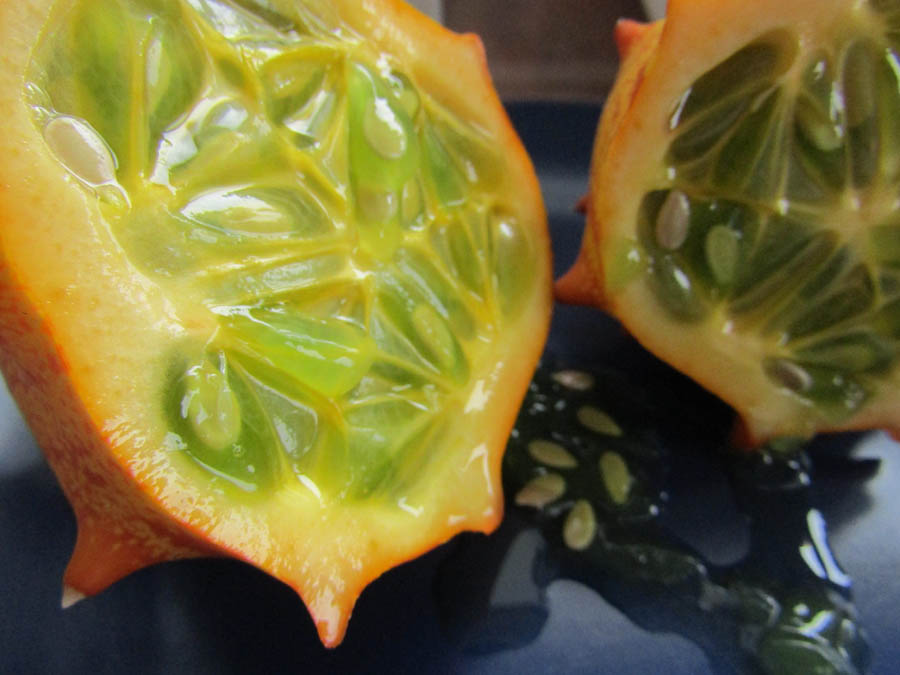 I can see the resemblance to a cucumber as far as the seeds go and it certainly was juicy! I tried to dig a spoon in it to get it out but that wasn’t happening…it was too tough. So I took a knife around the edges and it still didn’t want to release until I cut all the way around it. 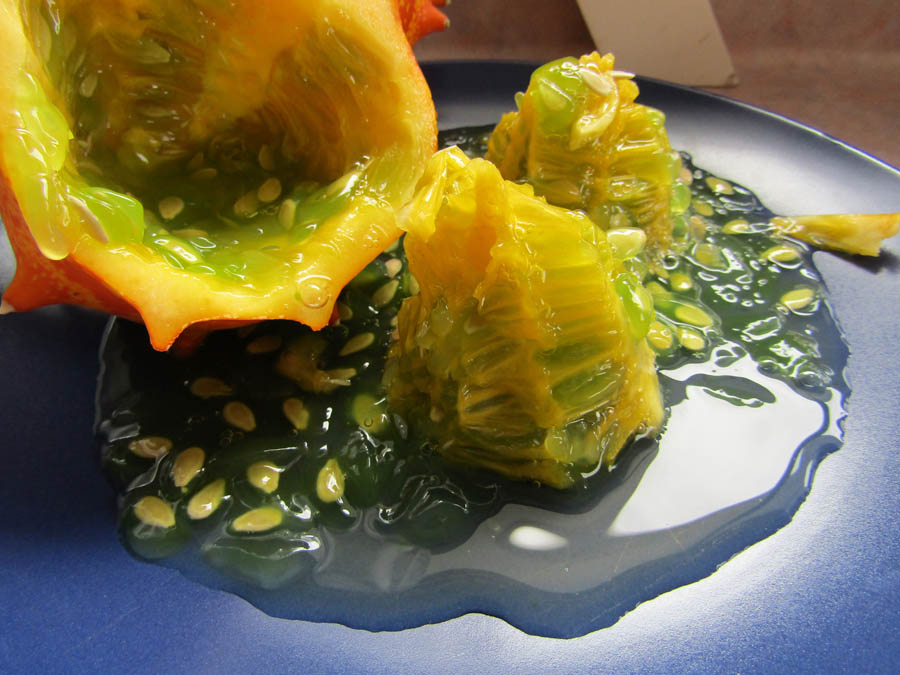 I scooped around the edges with a spoon so I could get a taste of this and was not pleasantly surprised. It wasn’t sweet at all and as you can see, was very gelatinous. The seeds were tough…more so than a cucumber and the flavour was reminiscent of one. After reading that it was quite nutritious, I felt like I should at least slurp some down. My boyfriend was NOT having anything to do with it. Visually appetizing, it was not. It reminded me of something from a Ridley Scott movie. 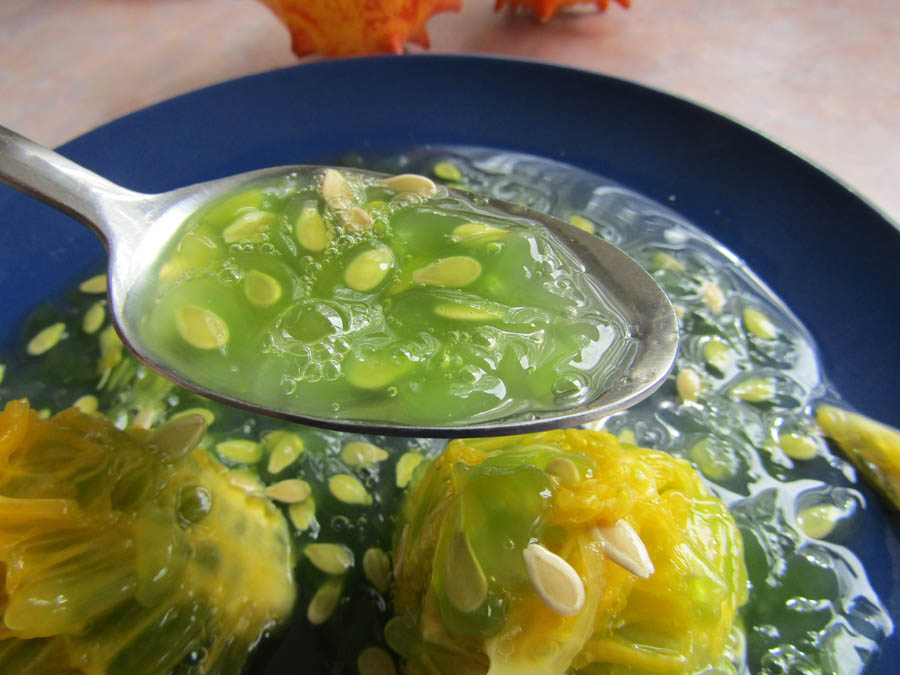 So I drank/ate a few spoonfuls because I hate throwing away $5, even if it wasn’t mine. I put the rest in a container and will figure out what to do with it. The guilt is taking over if you couldn’t tell. I would’ve felt better about buying the $8 raspberries…at least I would’ve enjoyed them!

A day or two before, I was in an op shop which often sells local fruit that people bring in as a donation when they have too much of it. As I was paying for my item, I noticed a basket that had some odd looking things I had never seen before so I asked what they were. She said they were apple cucumbers. 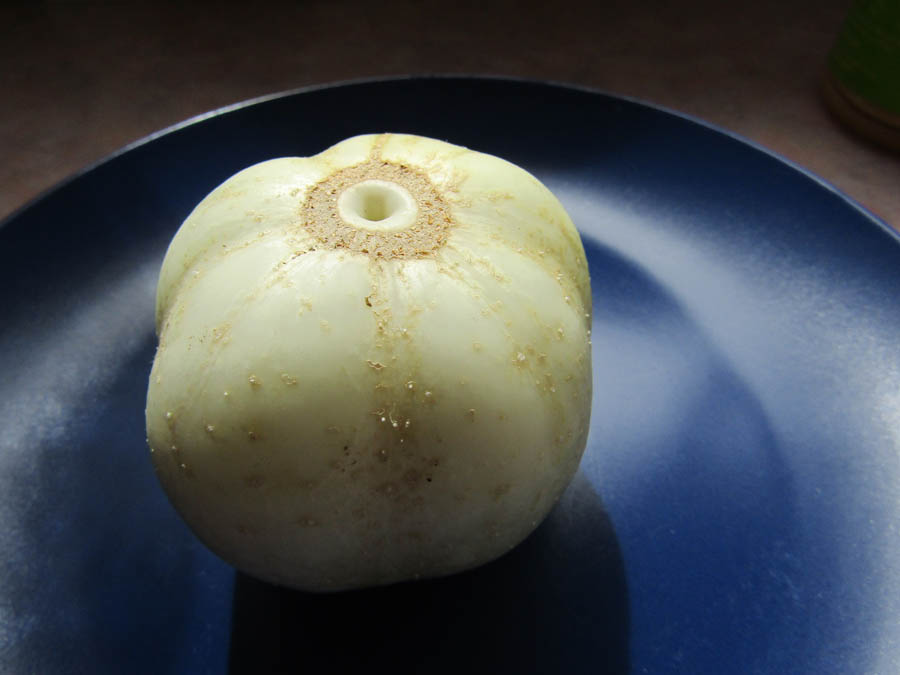 “Do they taste good?” I asked.
“Yes, they’re sweet. I’ve seen people start eating them as they’re walking out of the shop.”
“So you don’t have to peel them or anything?”
“Nope…just eat them as is.”

Well, the skin didn’t look too appealing to me so needless to say, I took it home and let it sit until today. I figured maybe this would make up for the kiwano. So, I cut into it, as my stomach rumbled. 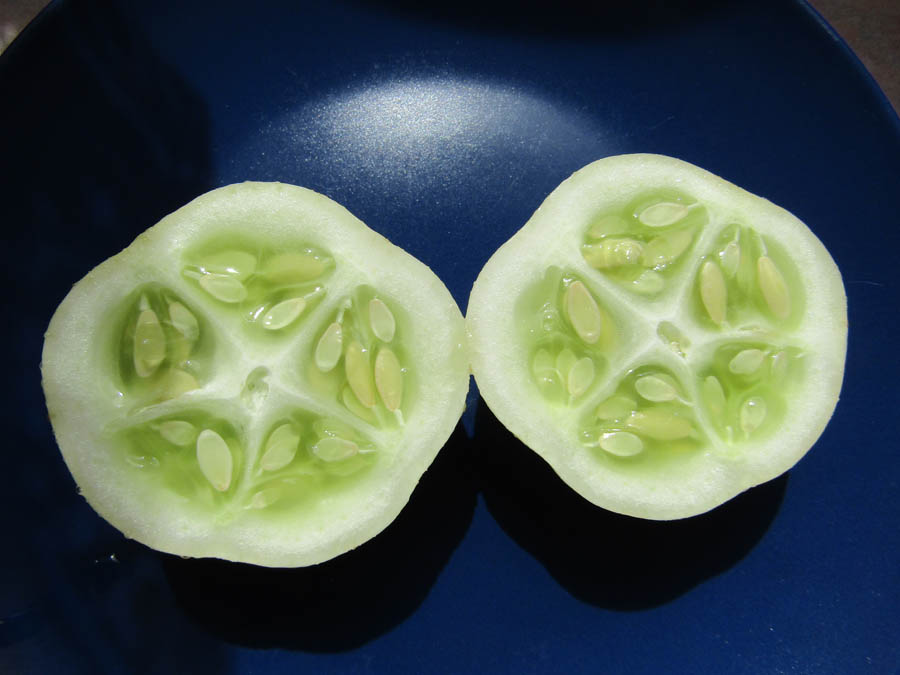 The first thing that hit me was the smell of cucumber and look at those seeds! Vaguely familiar, I’d say. Ok, so this should be sweet then. I went ahead and bit some of the skin off along with a chunk of the seeds and jelly inner. Not sweet. After a few chews, I got that drying, bitter banana skin taste and I made a face. I dug into the center and had another go. Bleh. Well, for 50 cents, I suppose it was worth a try.

Now to find something substantial for lunch!