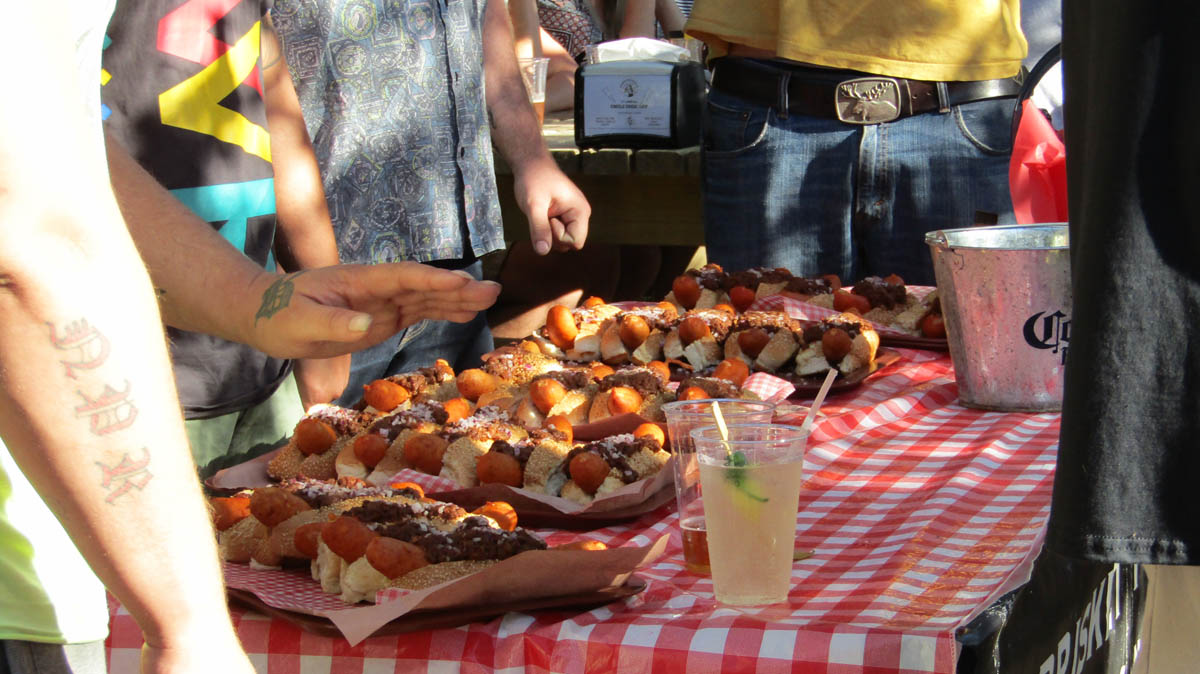 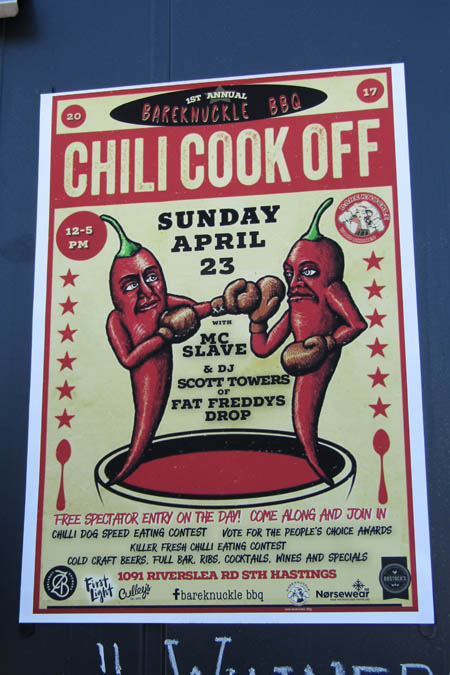 We had the opportunity to take a short trip over to Hastings and finally experience some American BBQ along with a chili and chili dog eating contest. Bareknuckle BBQ was serving up some food as well which I’ve been looking forward to trying. We grabbed a fried chicken burger, a pulled pork sandwich, some waffle fries and a couple of Corona’s. $53 later, lunch was served! 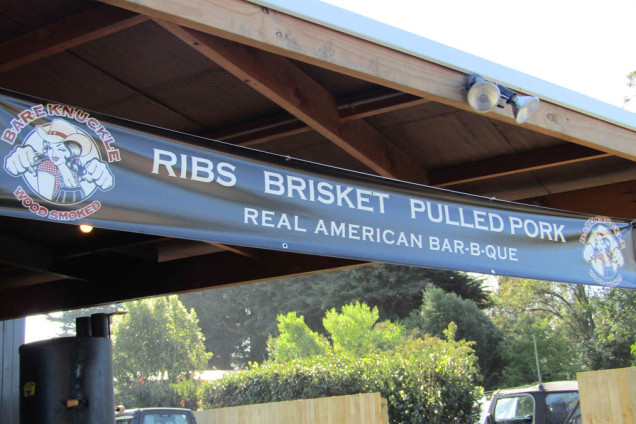 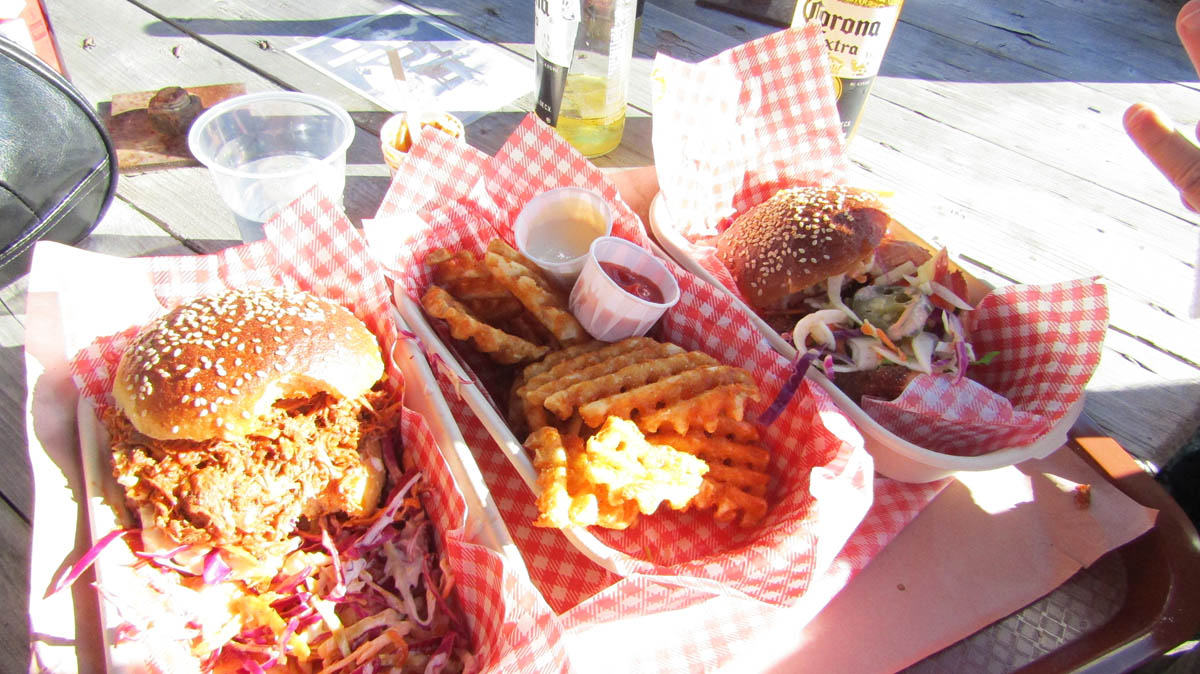 Unfortunately, the pork missed the mark with me. Had it not been for the flavour of anise in it for some odd reason, it would’ve been great. Hefty American servings left me far too full and unable to finish everything.

As we waited for it to be served, a chili eating contest was going on. First the jalapenos (which I missed) and then on to the habaneros. Wow…I can’t believe anyone, much less the sole woman, would even participate in that. I’m sure they’re feelin’ the burn tonight! 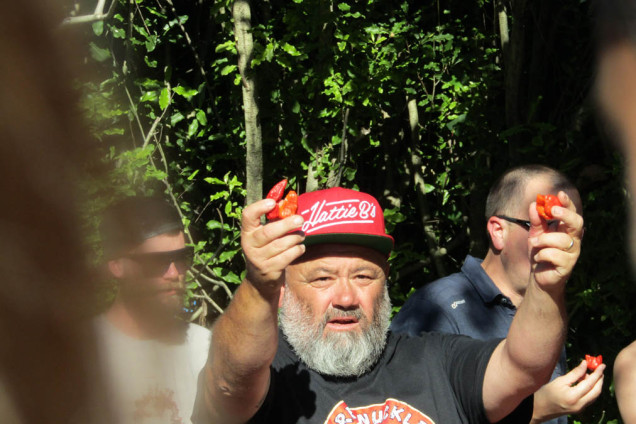 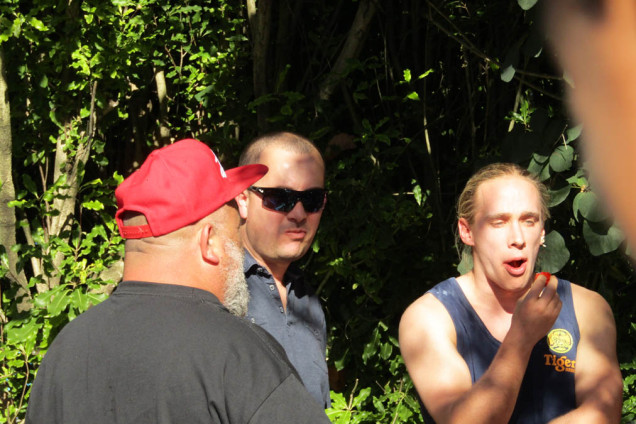 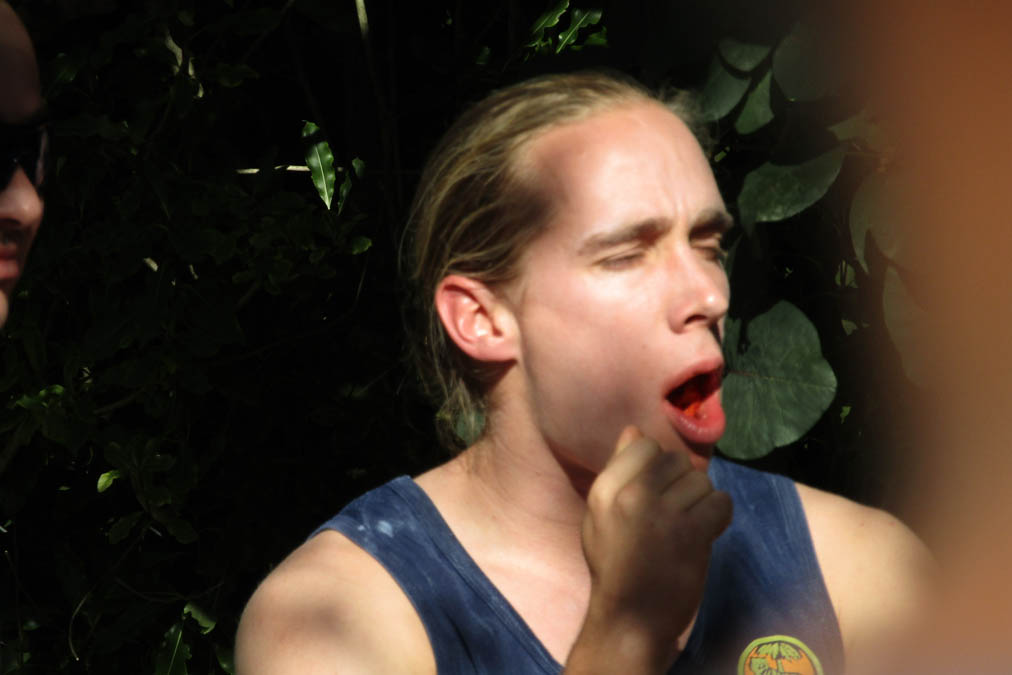 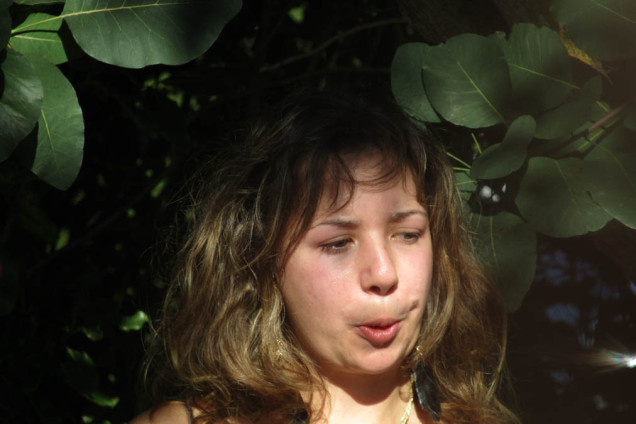 Unfortunately, I can’t tell you who won the contest, but here were the baskets of prizes! 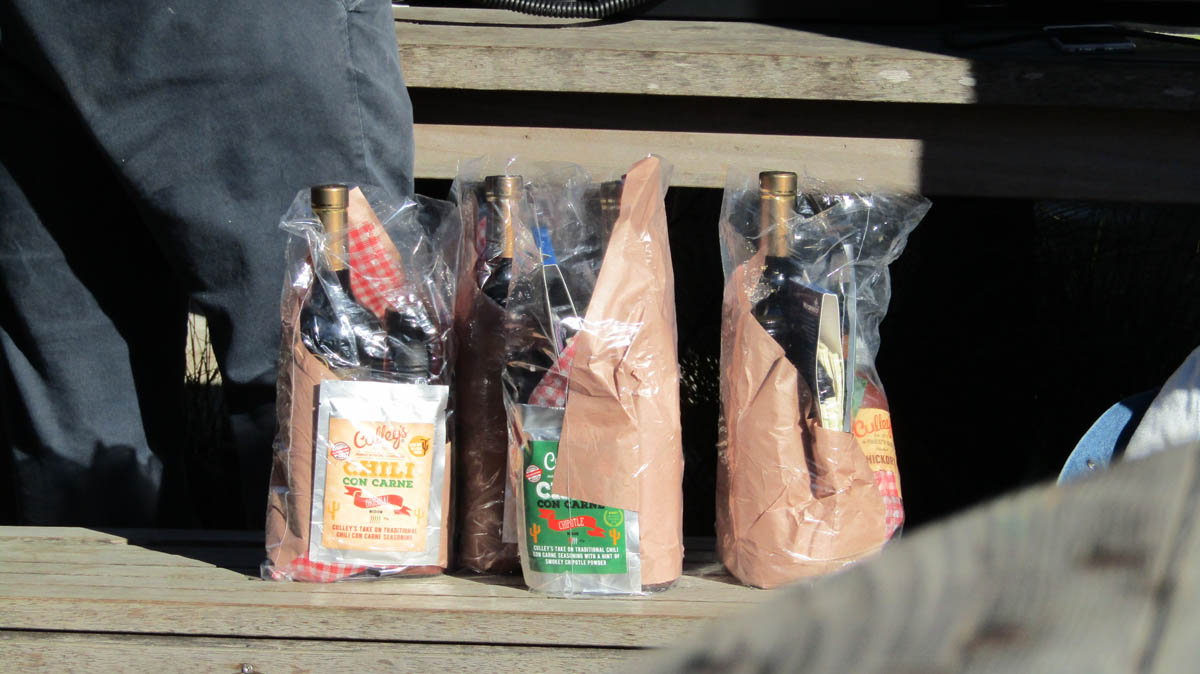 Samples from the chili contest were being handed out, nice and cold…New Zealand style. Something about cold chili that doesn’t quite feel like home. First rule: chili should not be chilly. 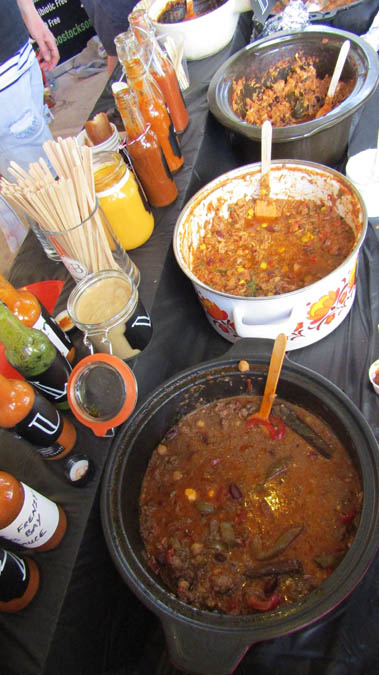 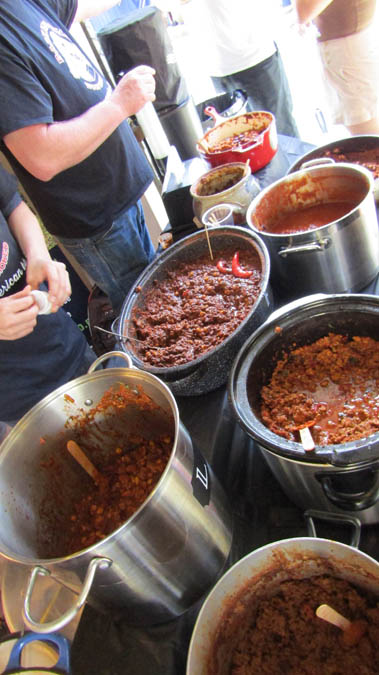 Some of them weren’t that bad though. We didn’t stay long enough to find out who won. 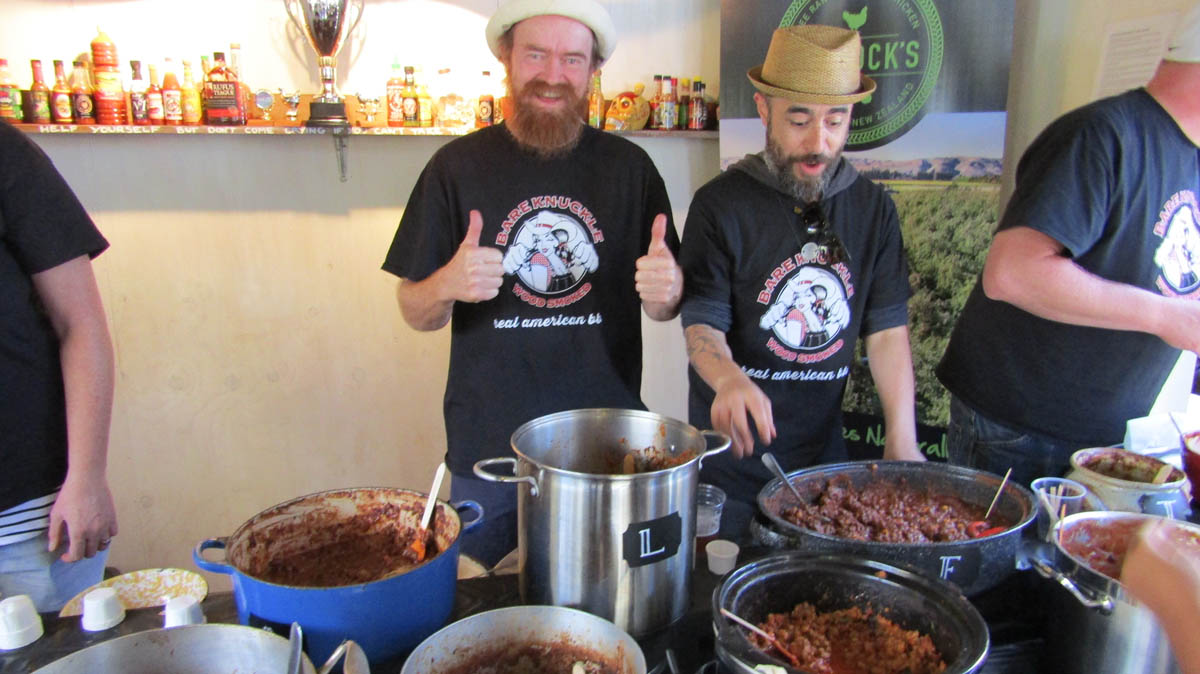 Then began the chili dog eating contest. Ughhhhh…I’m still full after watching it. The dogs were way larger than American hot dogs, no doubt about it. They set about 5 in front of them, giving them 3 minutes to see who would eat the most. Let the pictures speak for themselves. 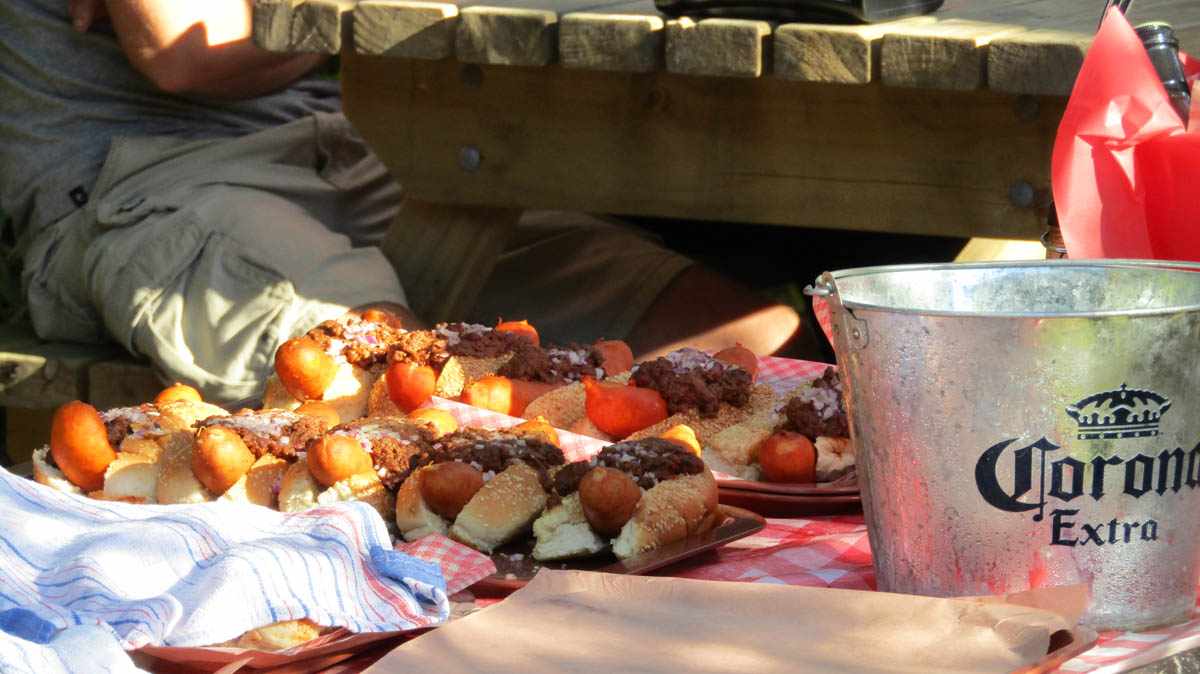 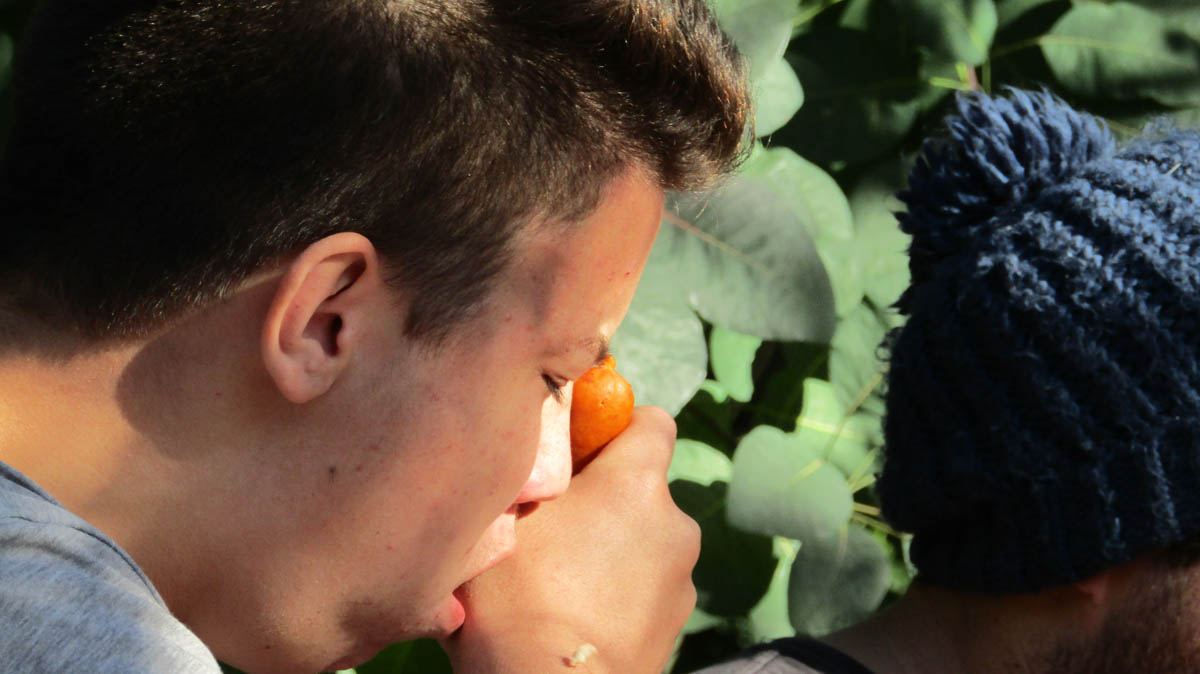 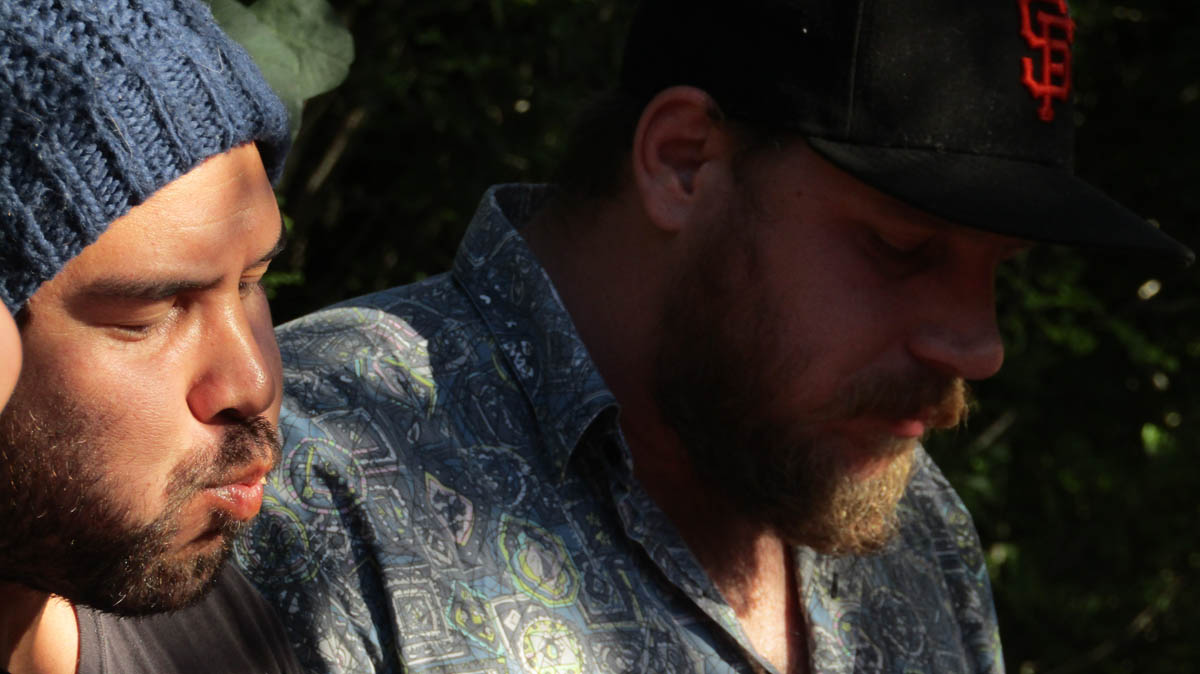 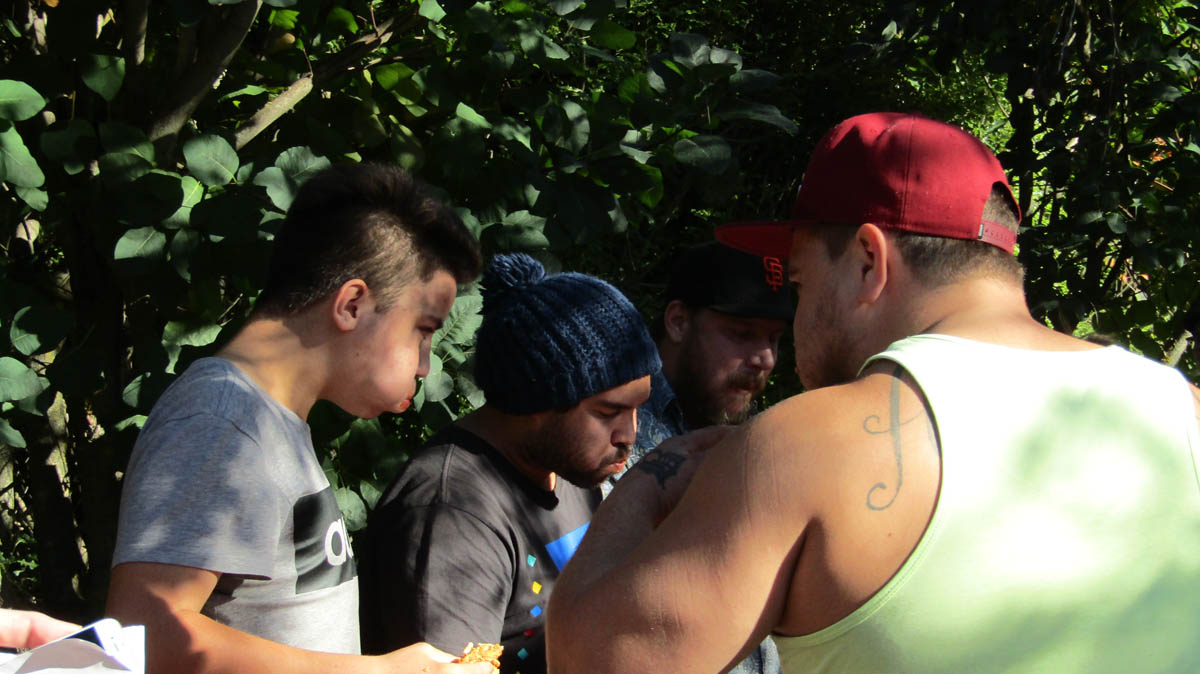 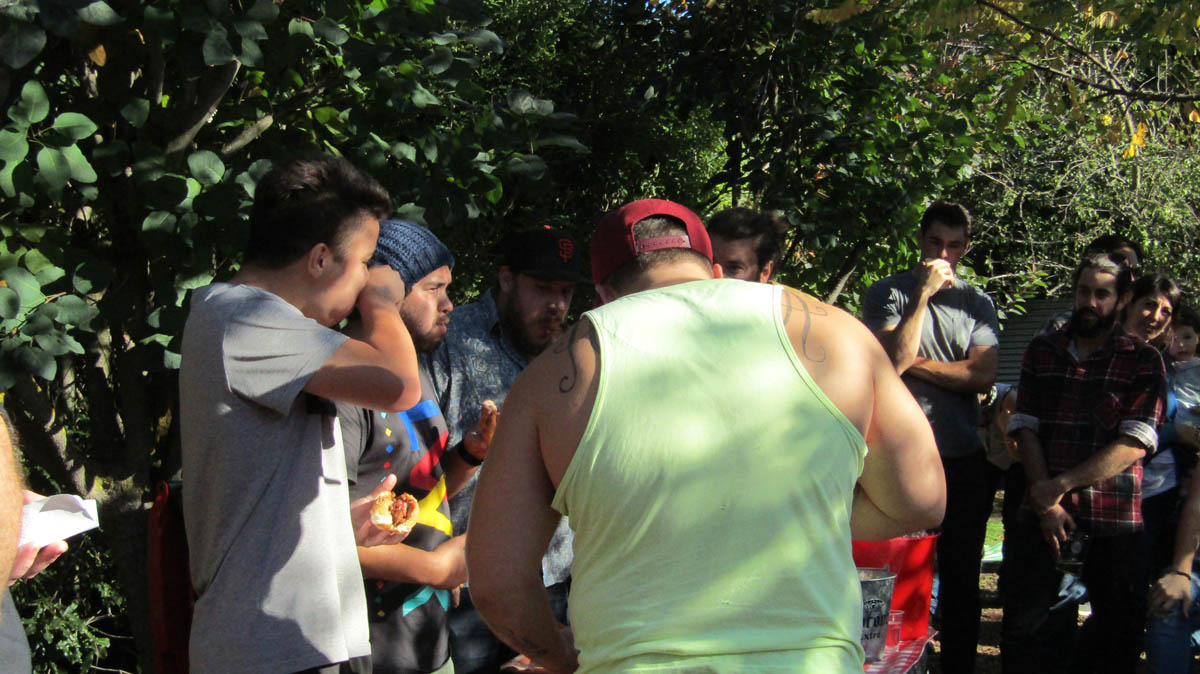 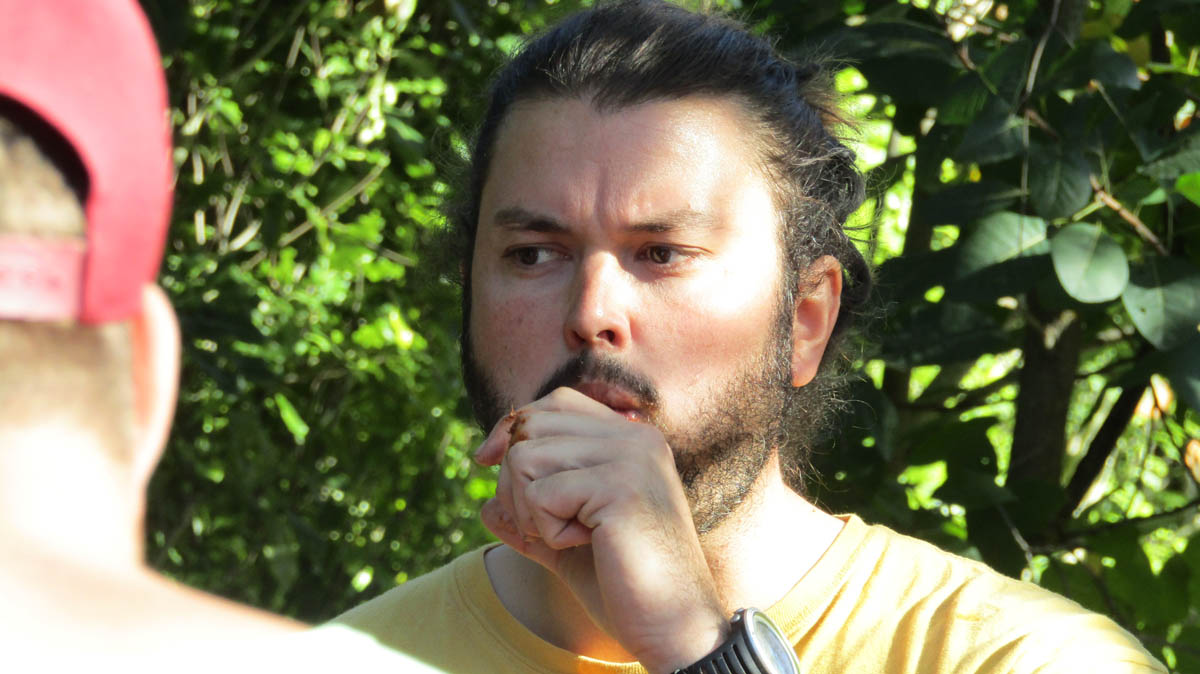 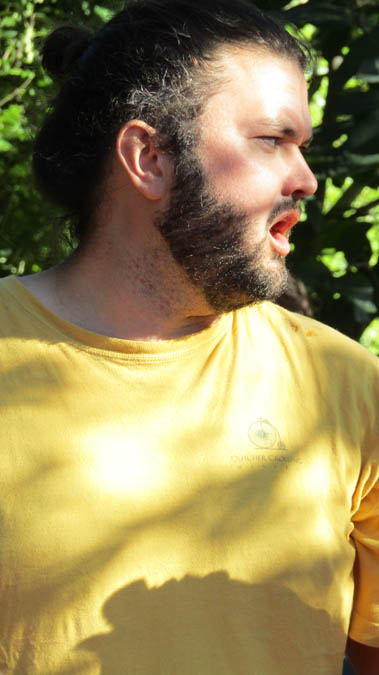 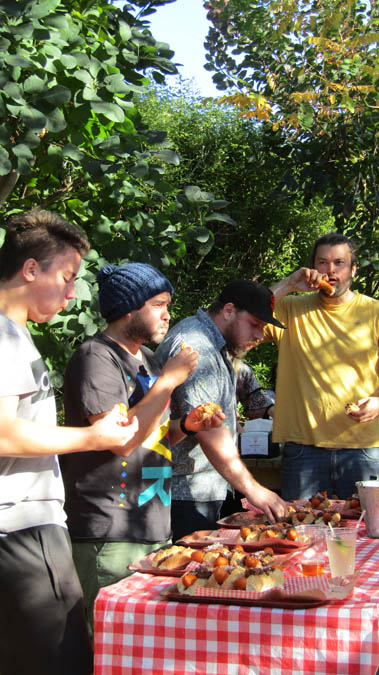 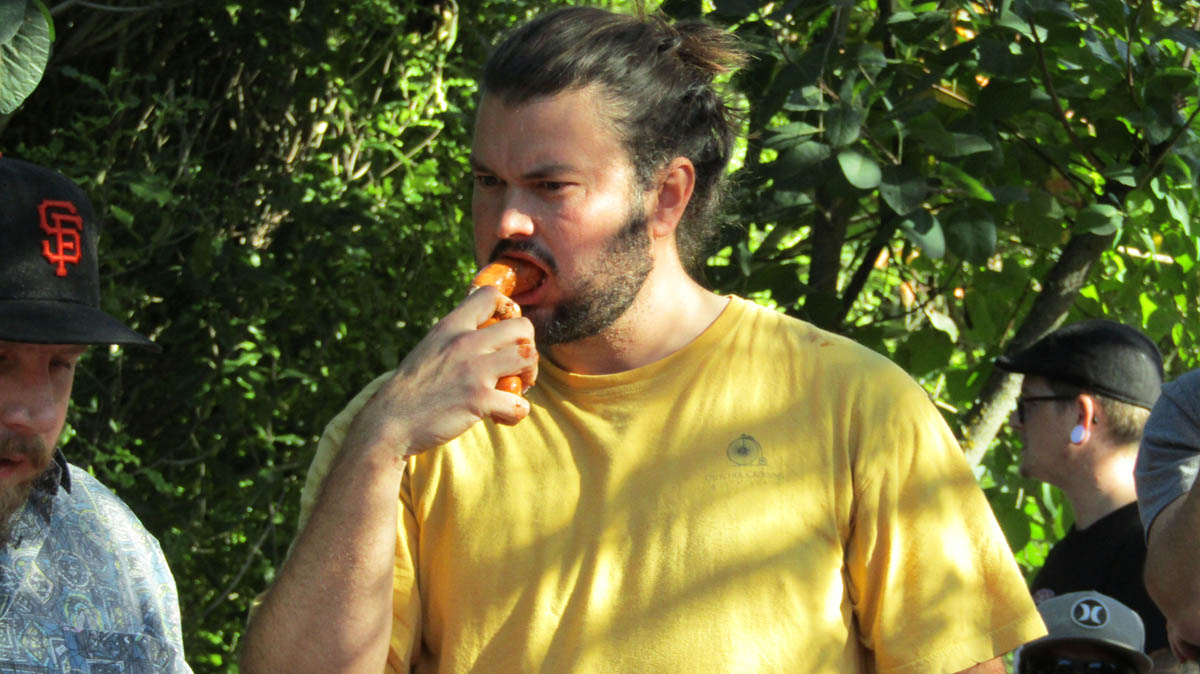 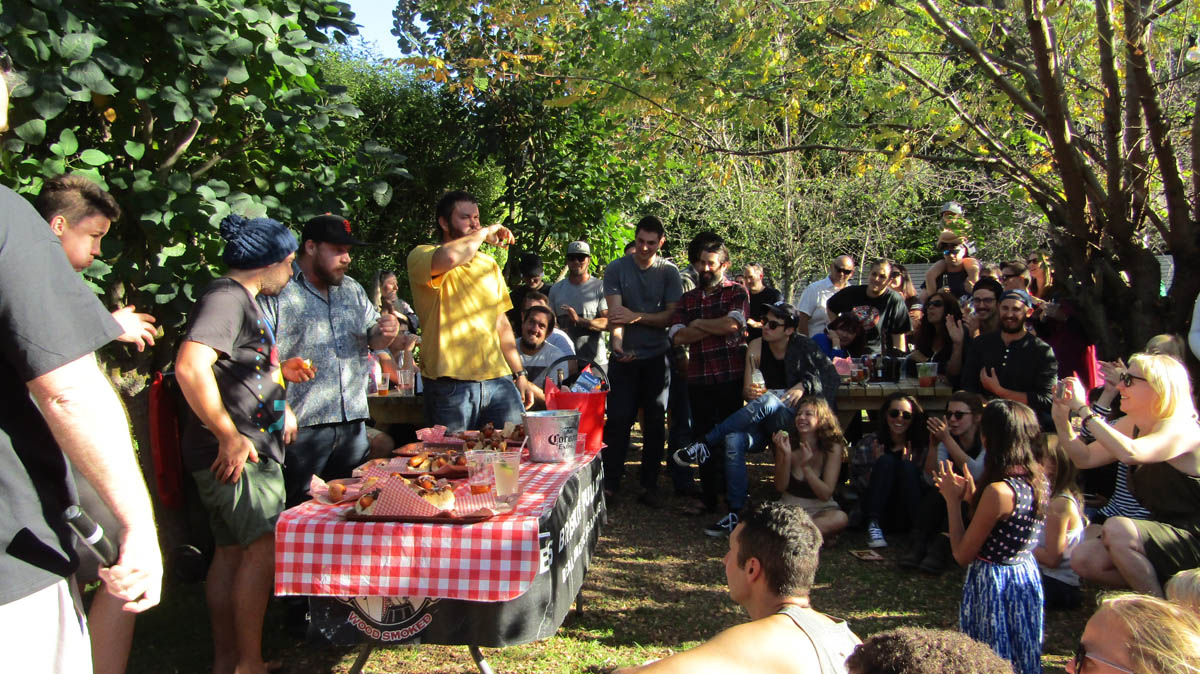 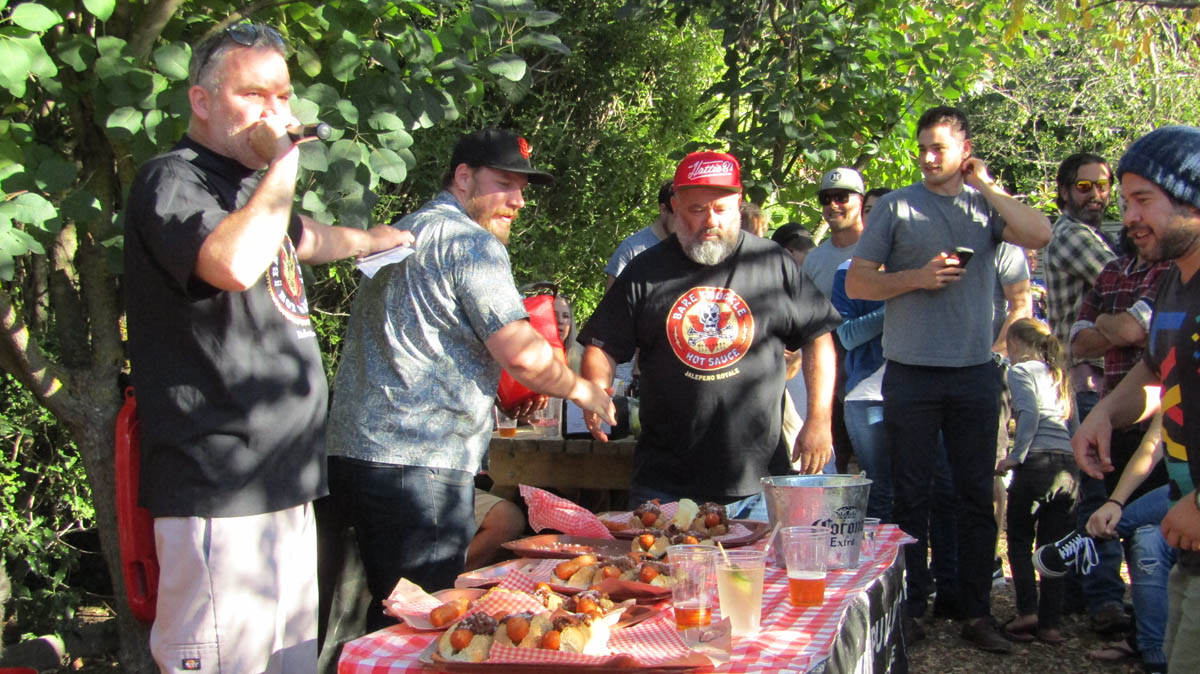 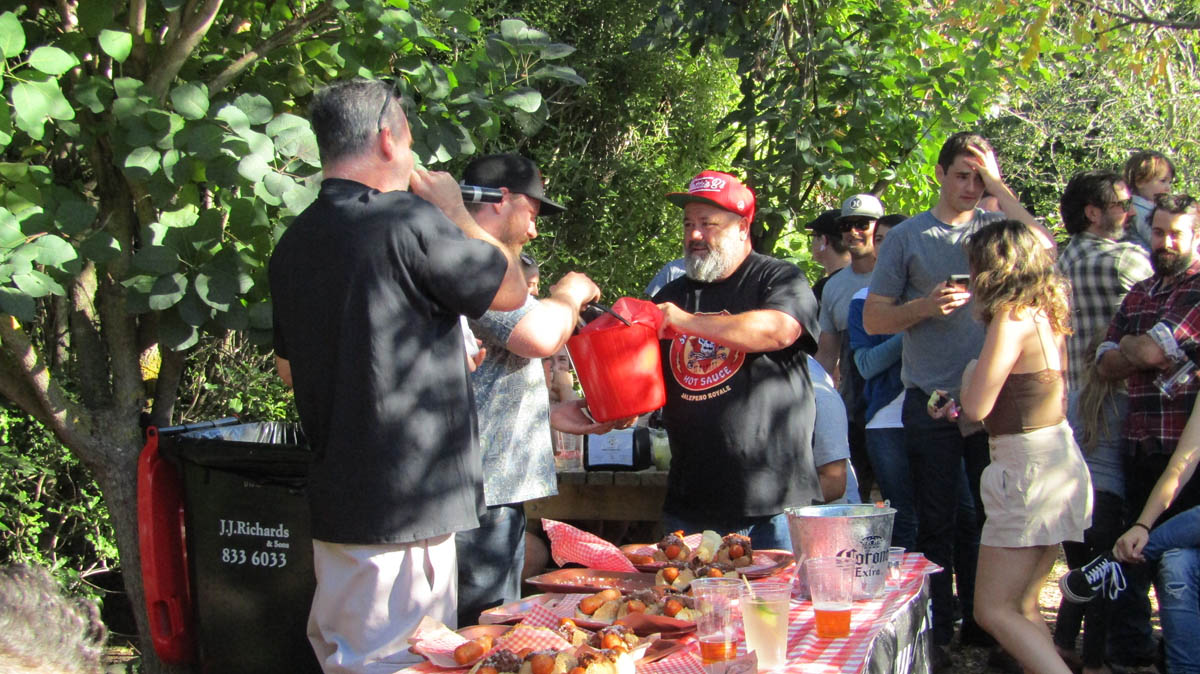 Apparently, they were overly optimistic about how many dogs would be eaten. A few more trays were brought out and the vultures swooped in! 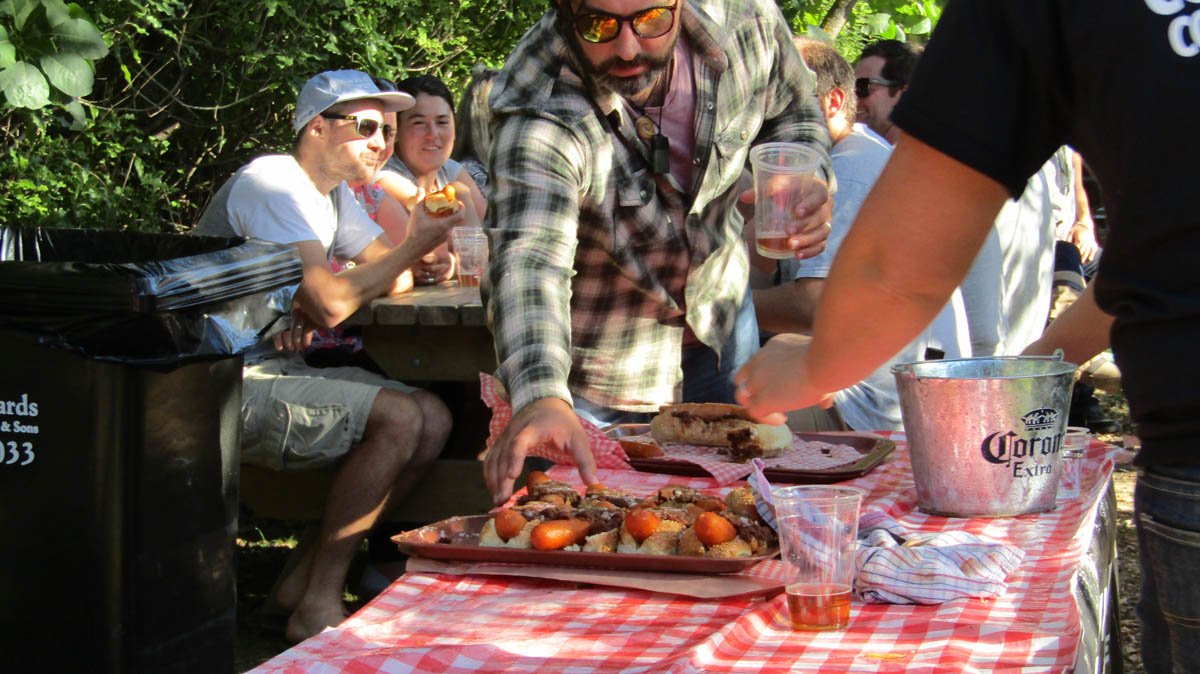 This was the first American event I’ve been to here and it was fun hearing so many familiar accents again. We had a good time and will be back for the next one! 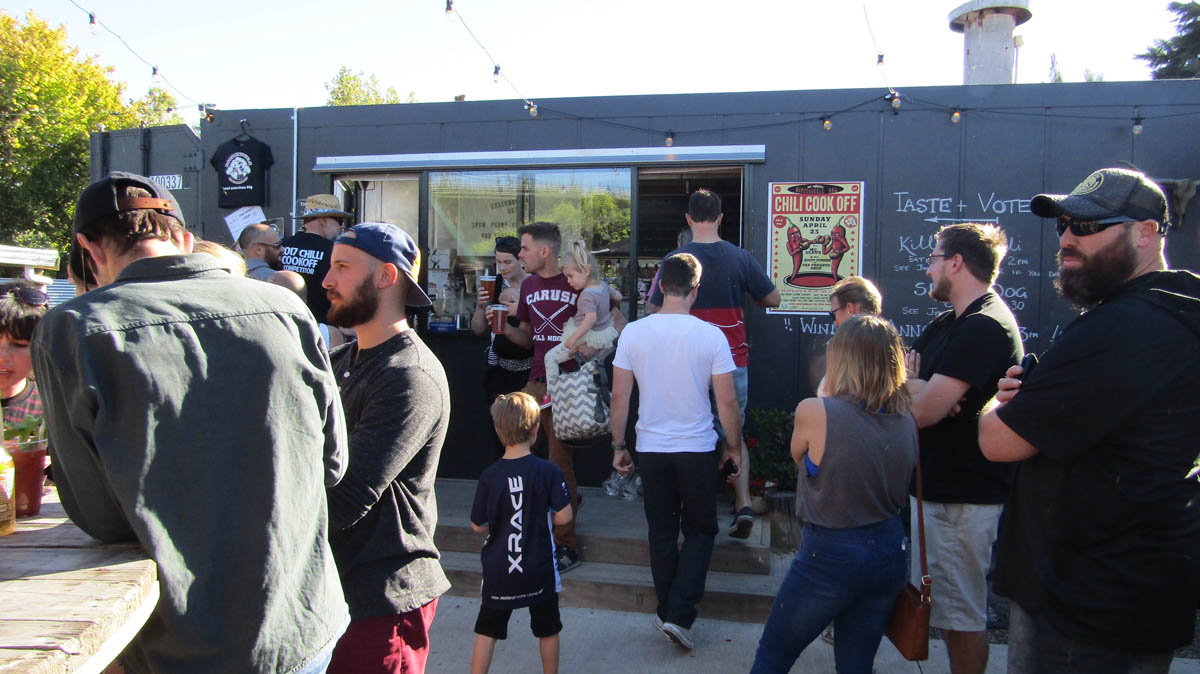 0 thoughts on “A Little Taste of Home”