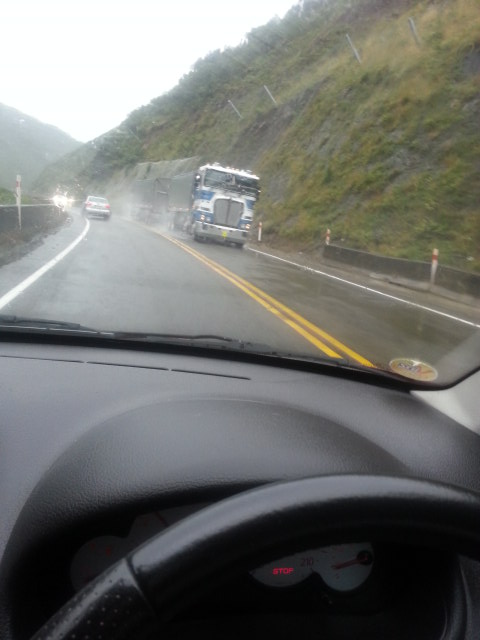 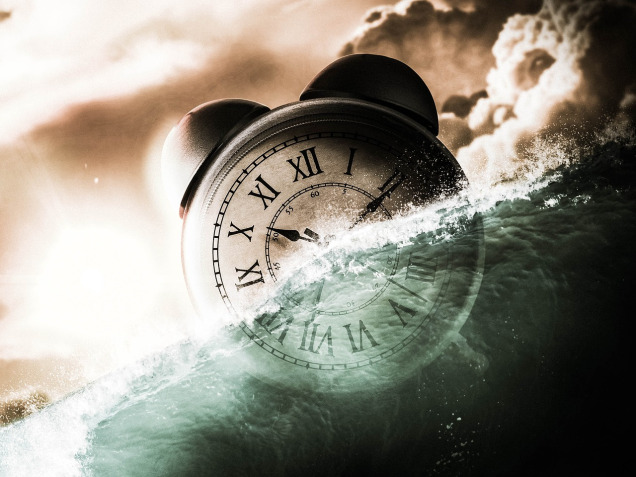 It had already been a long morning when the alarm went off at 5:30 a.m. Everything in the house had been packed up in the moving truck the day before,  so all that was left were a few items in the kitchen and the uncomfortable air mattress we struggled to sleep on during the night. And struggle, we did. We estimate we got 4 hours at best of “decent” sleep.

It was going to be one of those journeys you don’t want to repeat anytime soon. We were moving out of the place I called home for the past two and a half years and for him, it had been eight. He had been living in Blenheim for eleven years total. For me, it was the most stable place I’d lived in a while. I was used to packing up every few weeks or months and living out of a suitcase. It was an emotional time for both of us, going through the fixing up and TLC over the years to the actual selling and having to find the dog a new home.

We didn’t have a place to live, per se, once we left that driveway we knew so well. I held back the tears as we drove to the ferry…the same emotions I had many times over the years when I left a place. I said to myself, “Just keep it together…this isn’t over yet. Carry on one step at a time. You can cry later.”

Our day was going to consist of taking the ferry across to the North Island (something I dread doing as I usually always get sick) for at least 3 ½ hours, then driving up to Napier which would take a minimum of four hours in separate cars. The moving truck was on the same boat and I saw the driver on there who said it would take them at least six hours. He was going a different way than we were…a longer route according to Google. Fine by us, we would have time to stop for lunch and have another hour to kill before having to meet them at the storage place. The plan was for me to go straight to our AirBnB house we’d be renting indefinitely and Andy would meet the guys at the storage facility. Sometimes plans work and sometimes they don’t.

It had been raining for the past three days in Blenheim, which didn’t make loading the moving truck much fun for anyone and rain was forecast for the next few days on the North Island as well. What I didn’t realize was that this was the leftovers of the cyclone that hit Australia’s east coast a few days prior and it was huge. They were still reeling from mudslides and flooding.

The crossing was actually the most pleasant one I’d been on. Leaving first thing in the morning usually helps, but I didn’t get sick or even feel the need to. The time dragged on endlessly, akin to being on a treadmill. The rain even let up when we approached the shoreline of Wellington, where it always seems to rain no matter what day it is.

The GPS was set and we started the drive North. Once we got out of the city, it had started drizzling slightly, but that was ok. However, when we started approaching the wide open fields with no trees to break the wind, things got weird. A wind shear hit the side of the car and I almost ran off the road as we were doing 90/kmh (the speed limit was 100). I had to keep pulling the wheel to the right in order to drive straight. The wipers were coming off of the windshield and I thought they may just fly right off. I looked ahead thinking there had to be some sort of wind barrier but there was none, just bright green fields. I hoped that once we got around a bend that the wind would be to the back of us but it wasn’t. My hands were getting stiff holding onto the steering wheel in a death grip. This continued for at least 25 minutes. I thought of our moving truck and had a vision of it being tipped over along a similar stretch of road, which is not unheard of around here. I was hoping that their alternate route wasn’t as bad as ours.

Eventually we hit a town and our break came. As we approached the signs to Palmerston North and then drove east from there, a flashing sign on the side of the road said that it was closed ahead due to a wreck and to take an alternate route. Not far along, we came to a guy holding up a stop sign. Ahead of him around a bend were some guys working on the side of the road, which isn’t out of the ordinary. However, when a small tree came crashing down blocking both lanes, we realized this wasn’t just roadworks going on. A man took his chainsaw and cut through the top branches and they cleared the tree away, leaving us with no more than a ten minute delay. What next!?

It was about this time (2pm) when my stomach would not stop reminding me that it needed to be fed. We stopped in a small town and got lunch, realizing we weren’t even half way to Napier yet. All I could do was sigh. I was so tired at this point that I could barely stand the thought of more driving. It had to be done, so on we went.

The rain started picking up and as we passed by fields full of animals; you could tell they were just completely over it. I saw a cow standing right up against a tall metal fence just looking defeated. I really felt badly for the cows and the horses. The sheep don’t seem to care, but it just seems miserable for the others. I’m sure they had been in the rain for at least three or four days already. And I thought I had it bad! Fields were flooded, making ponds where there were none previously. The ditches along the roads were filled to the top with muddy water.

The windshield wipers were lulling me into a hypnotic trance and I felt like I had left my body and was just looking down at myself, wide-eyed and zombiefied. I had Foo Fighters and Fugazi to keep me pumped up the first few hours but it was wearing off like a bad Jamaican Blue Mountain caffeine crash. It could not possibly get any worse. Until it did.

Out of nowhere we entered into a new territory that I was not expecting to see. A permanent sign was posted upon the entrance stating: DANGER: HIGH ACCIDENT RATE AREA. I came to find out later that this was the Manawatu Gorge. To my left all I could see was this huge gorge with a raging muddy river, obviously way higher than it would normally be. To my right, a sheer cliff so tall, I couldn’t see the top. Wire netting lined areas to keep rocks from falling on the cars. It was a windy road with huge trucks passing only feet from us.

We weren’t going over 50/kmh at any point. Up high above the water is what probably would have been a lovely little waterfall but had now turned into an angry blast of raging water hitting the side of the mountain. I simply couldn’t believe the amount of water running through here. 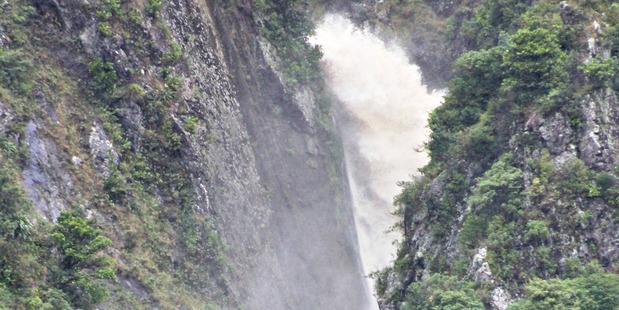 I had to try and keep my eyes on Andy’s car in front of me, realizing the severity of the potential situation at hand. Thankfully, we made it through unscathed. For many people on this road though, they have not been so lucky.

Once we reached a town, we pulled into a gas station and I peeled my fingers from the steering wheel. My body was stiff from the drive and the stress…and we still weren’t near Napier. The alleged four hour drive was turning into a lot longer than that. I felt like I had been awake for days at this point and envisioned myself pulling over under a tree and sleeping in the car until morning. The look on my face was that of sheer exhaustion.  I paid for the gas, leaning with both elbows on the counter, wanting to just take a nap right there. But noooooo…we must move on.

The clocks were set back just a few days prior which meant darkness descended around 6pm now and totally dark by 6:30. It was only about 5:00 when it started seeming TOO dark due to the cloud cover and rain. We still had to meet the guys at the storage unit to unpack everything.  The place closed at 6pm and we didn’t have a code to get in or had even paid for the unit yet. Andy told me he had called them so I assumed all was well.

It was now completely dark and nearing the 6pm mark when the driver called me saying he was sitting in front of the facility. We weren’t far but Andy had taken the route to the place we were staying instead of going straight to the unit. I flashed my lights and we pulled over. It was only then that he said nobody had answered the phone when he tried to call them. I rang the driver back asking if they could find anybody inside while Andy called again. Thankfully, two minutes to 6, the guy answered and waited for us to arrive. In good Kiwi spirit, he had empathy for us having come from Blenheim and didn’t seem too put out to fix us up.  However, the unit was on the 2nd floor. Thankfully there was a lift though and I hoped it was a large one.

In order to get “home” at a decent hour, we ended up helping the guys move our stuff into the unit. They had been at it just as long as we had, albeit with a better night’s sleep behind them and a safer route to follow than us (thanks, Google). We finally finished around 8:30 and then had to find our accommodation in the dark while rain poured down.

We couldn’t have picked a worse time to move, but I feel fortunate that we got here in one piece and that we will never have to do this again. Thankfully, the place we will live until we can find a house is quite nice and comfy and our hostess is lovely. Over the next few days, this nightmare will fade from memory and the sun will shine once again.