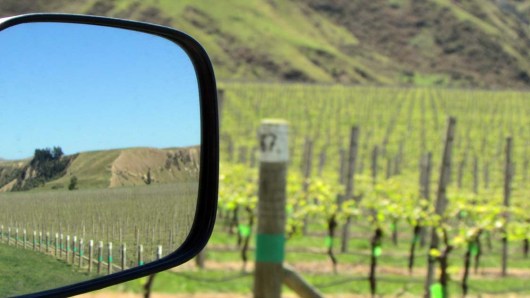 After Christchurch, I took a 4 1/2 hour bus ride up to the Marlborough region…famous for it’s wines. The ride was good and I got to see the countryside which was starkly different from Otago. There were actually trees and the weather turned noticeably warmer. This is gonna be a good place, I just know it.

We made a stop in Kaikoura, which in the Maori language means crayfish. It was a pretty little town with a lot of history behind it.  We saw some people walking in wet suits from doing a seal dive. The place is known for its whale watching and dolphin encounters. It also had two separate mountain ranges very close to one another. 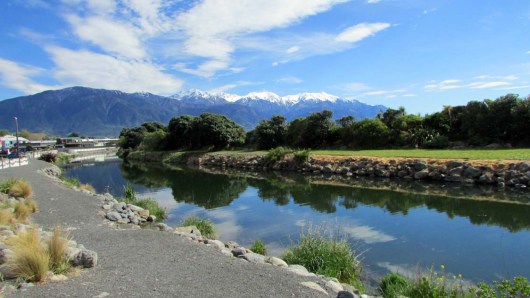 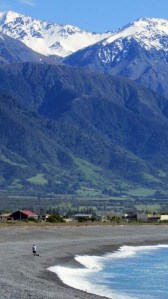 The rocky beach looked toward the snow capped mountains. I love how I never seem to see trash on these beaches, unlike in Central America. The water seems so clean and the air is unbelievably fresh. It really is living up to the hype as far as I can see. The people are happy and friendly. They’re straightforward and polite at the same time which I love.

After another couple of hours, vineyards started popping up and I knew we were getting close. Never having been to California before, I wasn’t sure what to expect as far as vineyards went or what this place would look like. Blenheim was where I’d be staying for the next week on a house sit for a guy who owns a vineyard. Apparently, the ones I first saw on the way in. 35km later, I arrived at the bus depot and was promptly picked up by a former employee of his.

I felt like I was back in Costa Rica for a while there. In his yard there were orange, mandarin, grapefruit and lemon trees!  All with fruit on them! He had a veggie garden with a nice selection of lettuce, onions, celery, kale, cabbage and more. I even spotted a passion fruit vine growing up the side of a building. 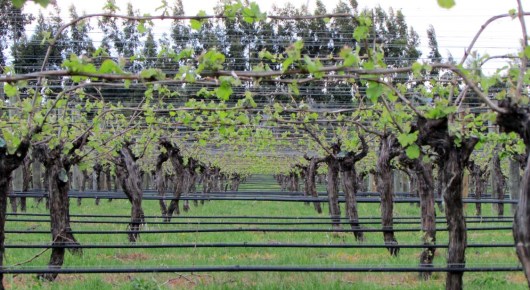 He had some vines on his property as well so I went out and took some pictures. The sunset that night was great too. 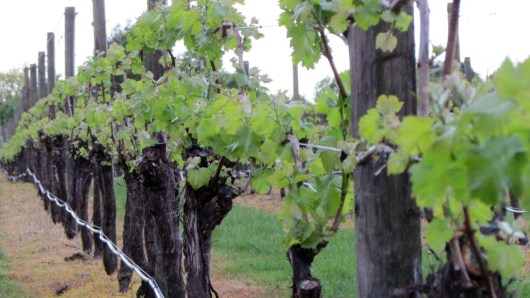 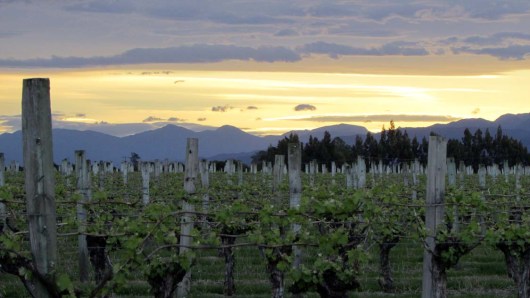 He got a friend of his to take me around on client calls today which was great. I got to see a lot more of this region and you couldn’t throw a rock without hitting a vineyard. It was carpeted with newly sprouting vines everywhere I looked. The region is famous for its Sauvignon Blanc wine. 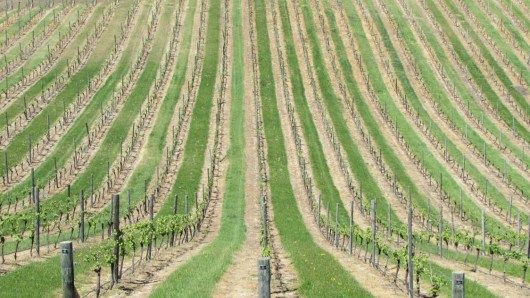 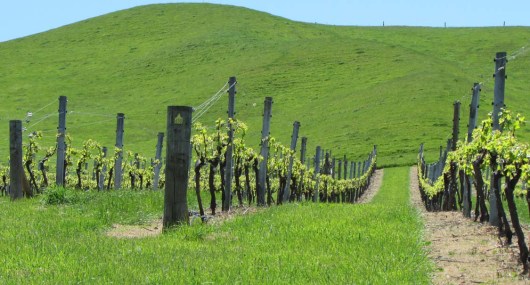 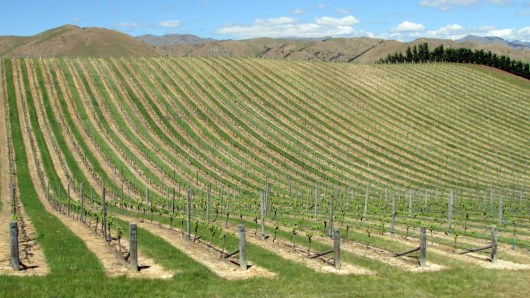 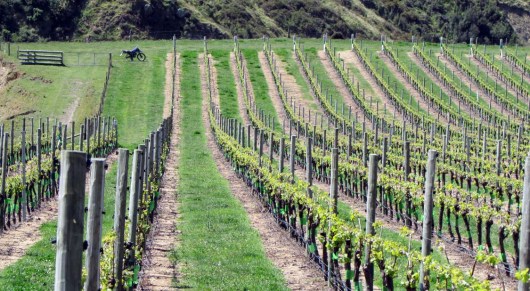 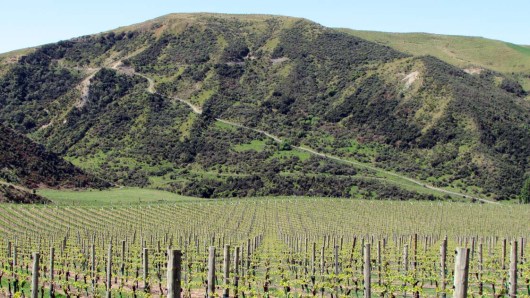 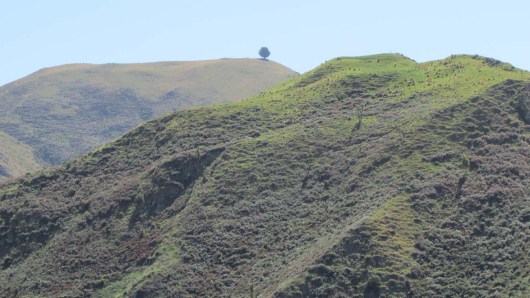 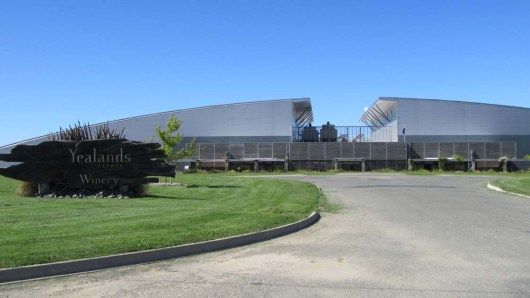 We stopped by Yealands Winery which was unbelievable. This guy is doing it right and he has a ton of land to prove it. He is operating at zero carbon, reusing dead grapevines, playing music out in the vineyard and has chook houses scattered everywhere. In 2011, his sauvignon blanc won a top award in a highly prestigious competition. Not to mention, he has a killer view. 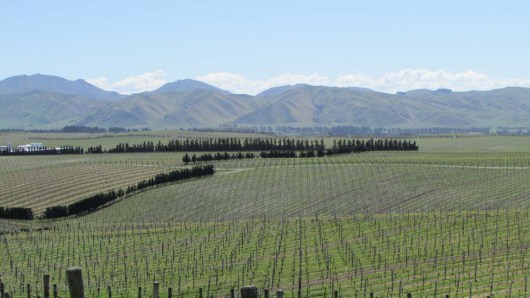 No day would be complete without finding some puppies! We had a slight mishap on one of the vineyards but it led us to discover some brand new pups. I hadn’t held one that small in a long time…they were adorable. 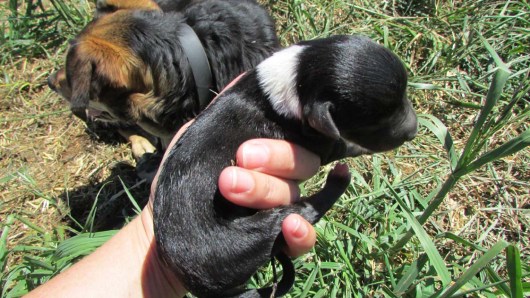 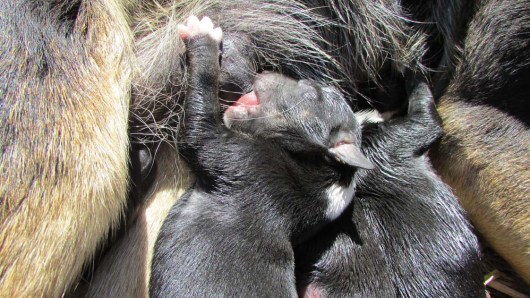 I found out that this pond I took a picture of the day before near the house also belonged to Yealand. The pink stuff is some kind of algae I believe. 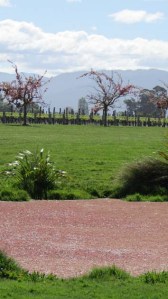 This was my lunch the other day at Rock Ferry winery. All I can say is, GO. Like, go tomorrow if you can swing it. 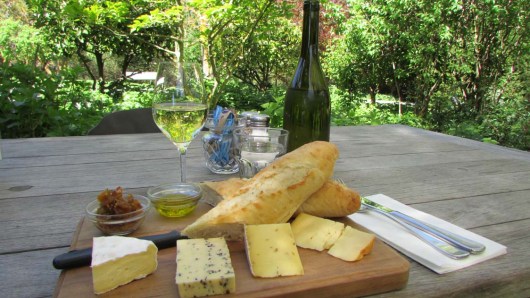