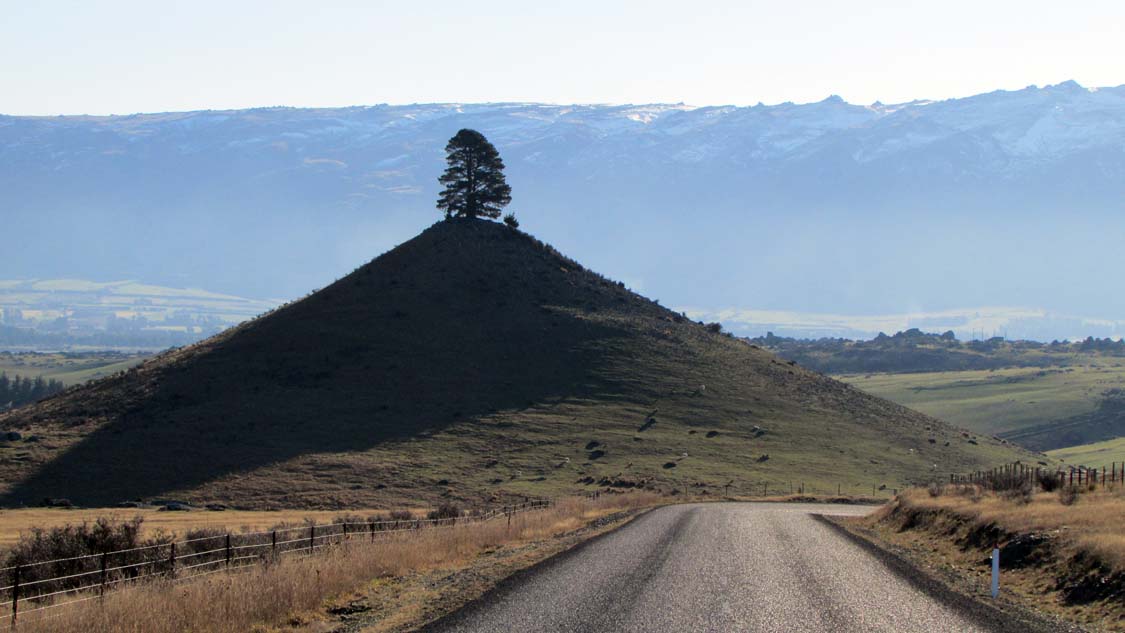 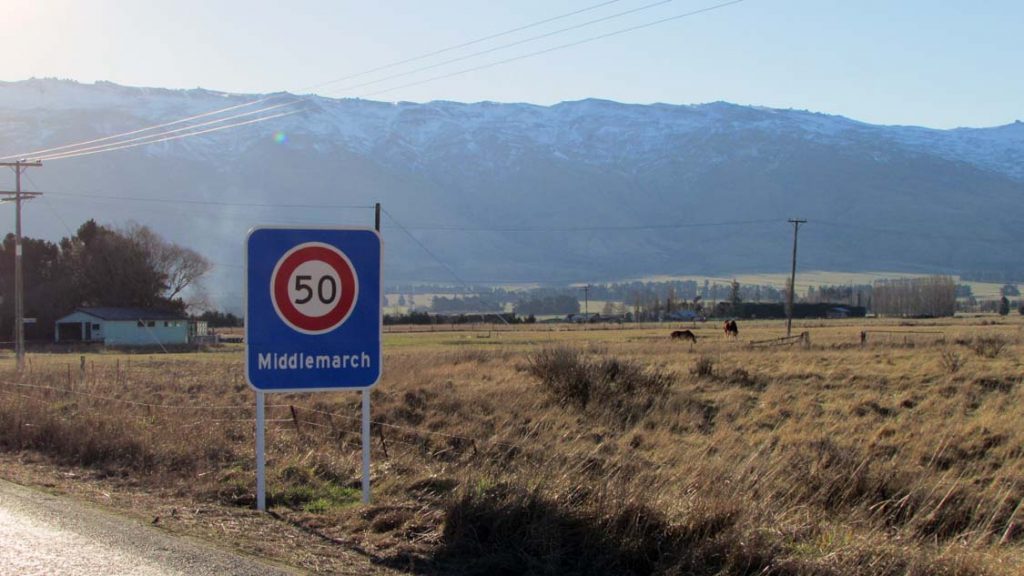 Staying true to my M.O., I find myself once again, living at the end of a road in the middle of nowhere. But this is REALLY out there. Probably the farthest I’ve been in nowhere. I am volunteering on a sheep farm on the outskirts of Middlemarch, which is about an hour 1/2 inland from Dunedin. When I inquired to my hostess the name of the town she was in (since she said they were about 20 minutes from Middlemarch), her reply was, “We don’t live in a town. We live at the end of a gravel road.” I just smiled to myself and thought back on all of the times I’ve found myself in places like that.

We arrived after sunset so I really had no idea where we were or what it looked like.  All I knew was that it was dark and there were no lights anywhere in sight. When I woke up in the morning and looked out the large kitchen window all I saw were fields, tall rolling hills and to the west, a long mountain range with snow on the top of it.  “Wow,” was all I could say. It was beautiful. 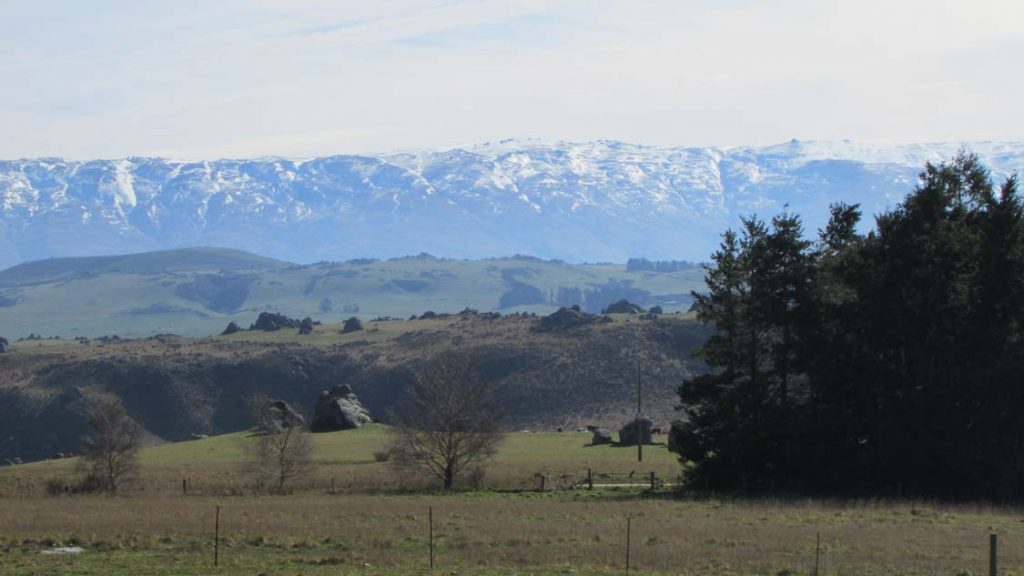 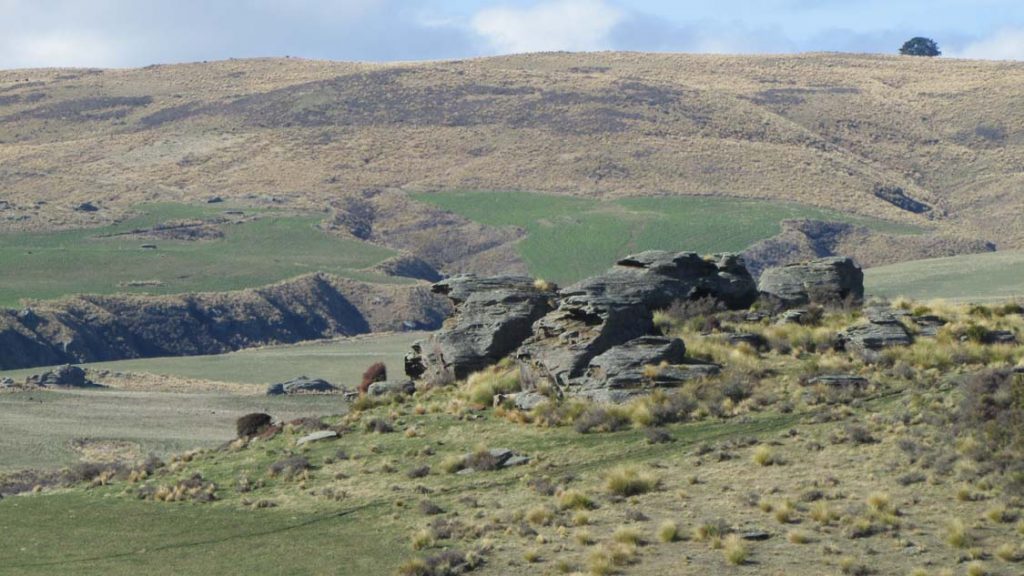 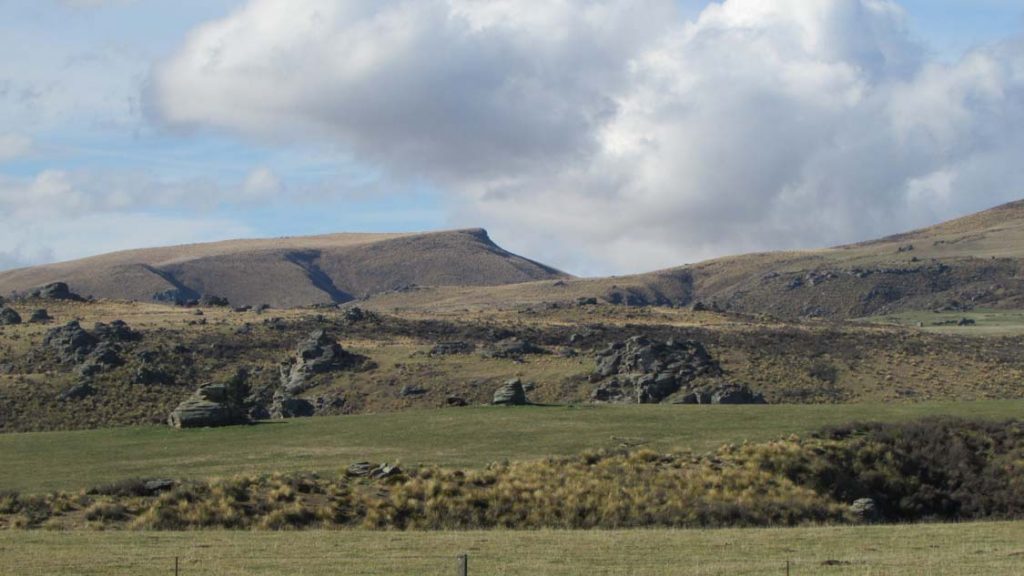 I was taken out to see where the chickens were fed and she threw out warm boiled potatoes and kitchen scraps to them, as well as ‘meat’ of some kind and a bit of grain. We also tore out tufts of grass in front of their pen and laid it out neatly in front of them, as if it were a delicacy. She said it made the yolks more yellow, which is how you can tell free range eggs from caged.

I was given the task of lacquering the wood around the front door and windows and after I was done, she came in and asked if I had ever stuck a needle in an animal before. I said, “Only an iguana!”  We rode on an ATV out to the barn where a very large flock of silent sheep looked at me with nervous eyes.  I see where the term “sheepish look” comes from now. I was amazed at how silent they were. There must have been at least 300 of them, which was just a fraction of the 5000+ they own. She rigged up two bottles on hooks with big syringes. One bottle was a milky white and the other looked like blood. I had no idea what was going on here. Turned out the red one was B12 and the other was a vaccine of some sort which they get once a year.

The barn had about three large holding pens and the job was to herd the sheep (with the help of a great dog who knew exactly what to do) into different pens. It was fun watching the dog jump effortlessly over the high gates, barking constantly and keeping the sheep in order. There was a narrow run that held about 45 sheep at once about two sheep wide. They were stuffed in there so they couldn’t move easily and with a swift and careful jab in the neck, they each got two shots. I watched the routine a few times before she had me do the B12 shot and she followed behind with the vaccine. Once we got down the line, I swapped out the needles and the herding started again. By the time we were done, I was a lot faster and more confident. She smiled and agreed when I exclaimed that I had gotten the hang of it.

I was then given the task of picking up one of the boys at the bus stop.  Oh man…driving on the left and a right side drive truck! Really my only hurdle was the right side drive, as it was just down a stretch of road with no cars, so at least I could practice there instead of in traffic. It felt very strange, instinctively grabbing for the seat belt to my left and finding only air. Thankfully, it was an automatic (something I never thought I would say). Last thing I need at this point is to drive a standard in the opposite direction. The pattern still being the same as if you were a left hand drive but yet opposite since first gear is away from you, not next to you.

I passed over the low water crossing, which I was told on the way in, can have you stuck at the house for days on end if it floods. The truck crept up the steep hill, feeling as if I would tip end over end. I really should find out how to use 4WD, I suppose. The scenery on the way (8km) was beautiful. Large rock outcroppings with grazing sheep around them, endless sky with perfect clouds hanging over the mountains and even an old truck, just begging to have its picture taken, all caught my eye. I swore I would come back the next day to photograph it all. 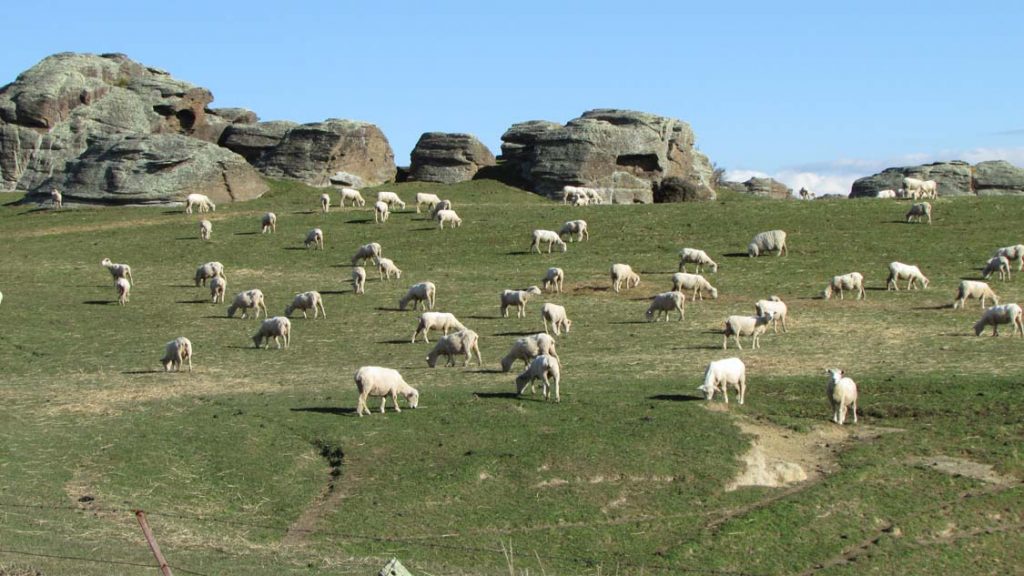 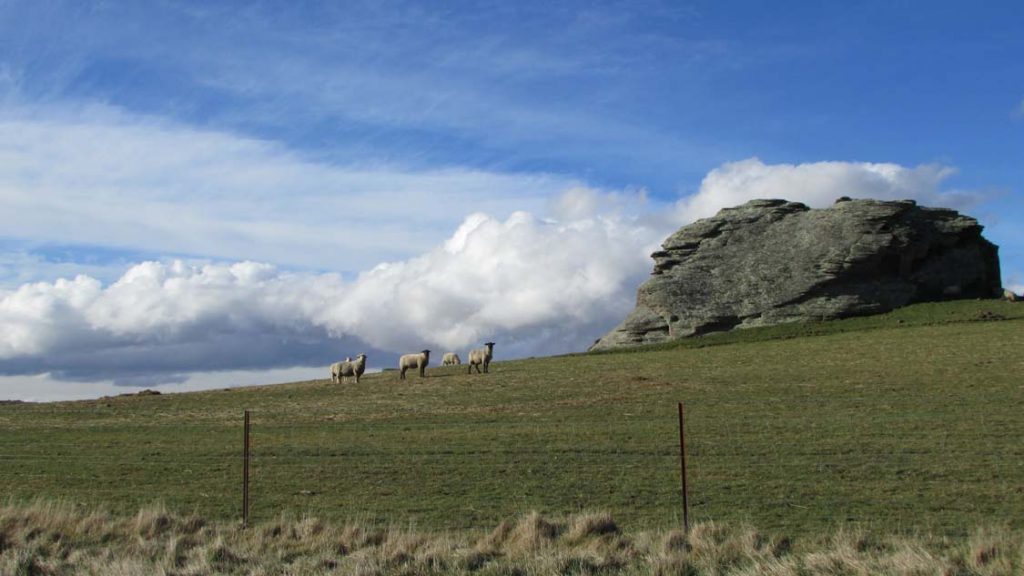 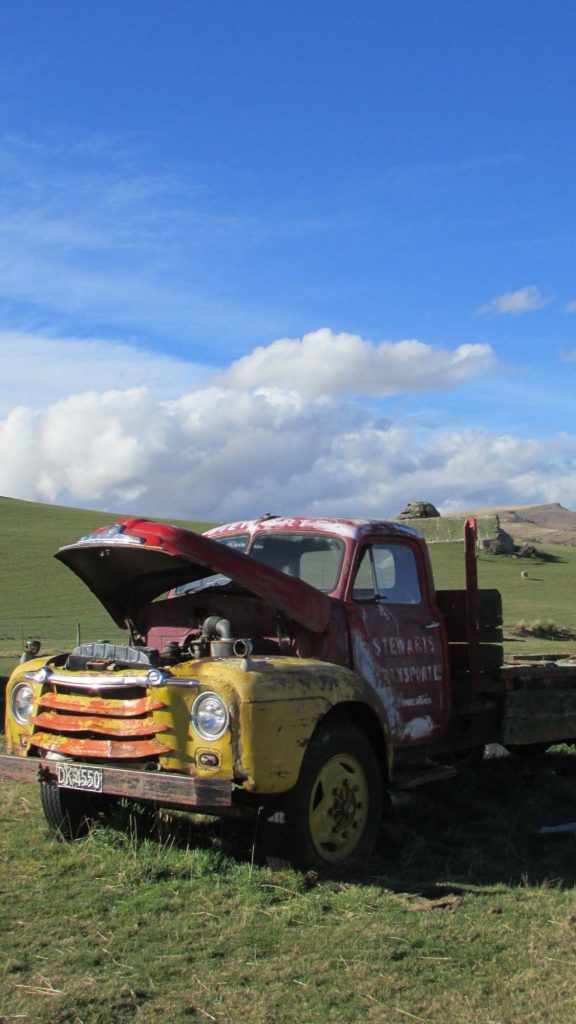 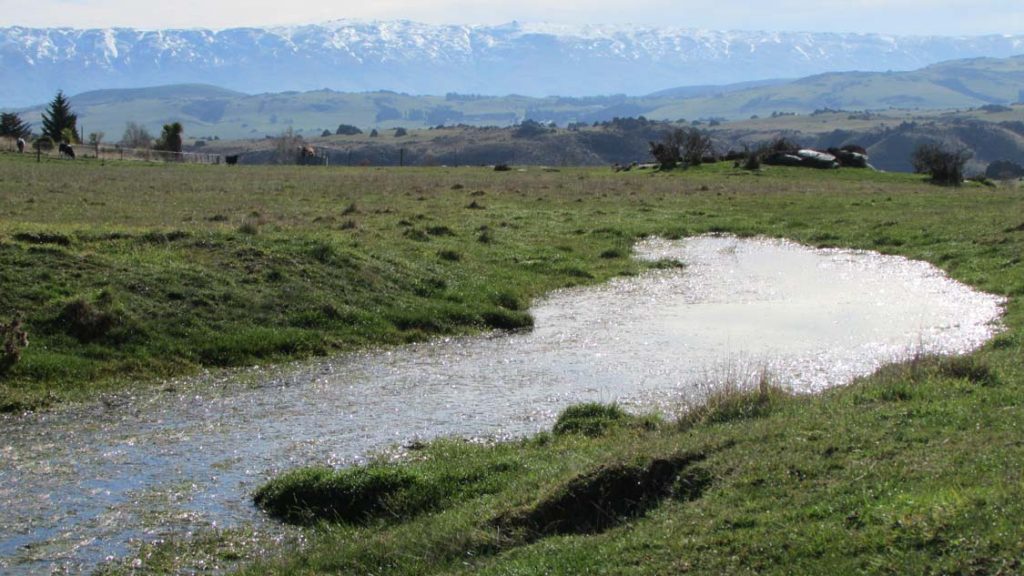 The following day, we had to herd some sheep down to the house so they could be scanned for babies. We rode up the hill on an ATV early in the morning. It had frozen overnight, and ice covered the puddles that we crunched through while riding slowly. The wind 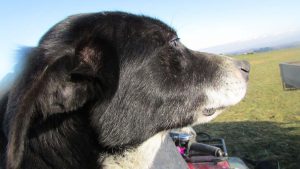 stung my face as we scanned the land for sheep lying down. If they are pregnant and can’t get up, they will die there and birds will come and poke out their eyes. Her older dog sat next to me on the ATV, shivering. I held her close to me before we had left, trying to warm her up. 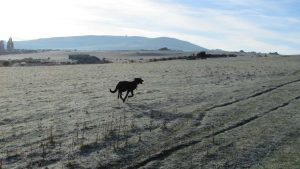 lap. It was a winter wonderland as far as I was concerned. The air was crisp, the sun tried its best to warm the earth and I attempted to keep my face warm by wrapping the scarf around my mouth and nose as we continued to ride.

As we got higher up, she stopped at a spot and said she would leave me here for about an hour as she rounded up the sheep. They would come down and I had to keep them on the road and get them through the gate. She said they tended to want to go up the hill and to make sure that didn’t happen. I got off the ATV and watched the sun slowly come over the mountain top and made my way into the light. I took advantage of the time to take some photos of this special place where tourists simply do not go. 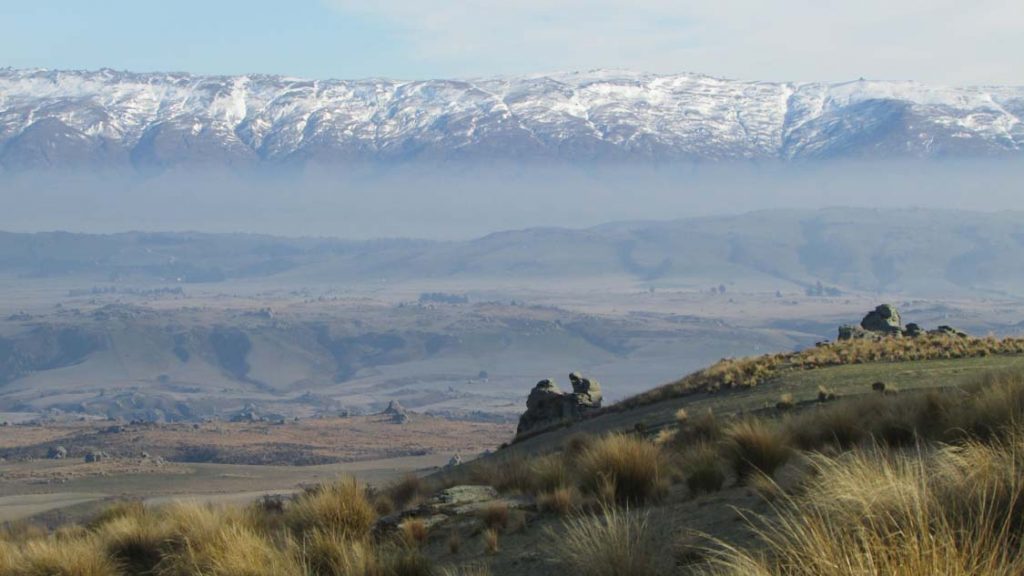 About 45 minutes later, I could hear the ATV in the distance. A flock of sheep were coming down the road! I ran into position but then they stopped, as they tend to do when something is in their way. I ran beside them to get them going again and yelled, “Go! Go! Go!” They started to walk faster and then I noticed that some were getting into the field…the same one I was supposed to be protecting. I ran down and herded them toward the gate. It was all easygoing after that. They marched through the gate and into the pasture. More came and I was amazed at just how many there were. It was a steady stream for at least ten minutes. “C’mon girls! Come! Come! Come!” The last few trickled down and I was happy they all made it through ok.

We continued to herd them through on the ‘bike’, as they call it here and the dogs ran on either side keeping them going. Even the puppy did a good job, running in back of them silently. The herding dogs are worth thousands of dollars and are an integral part of this business. They respond to voice and whistle commands and do a damn good job at it. The puppy will become one of the crew, but she’s just watching at this point and understanding what’s going on. Some of the dogs only use eye commands while others bark. They are all well behaved and quite friendly. 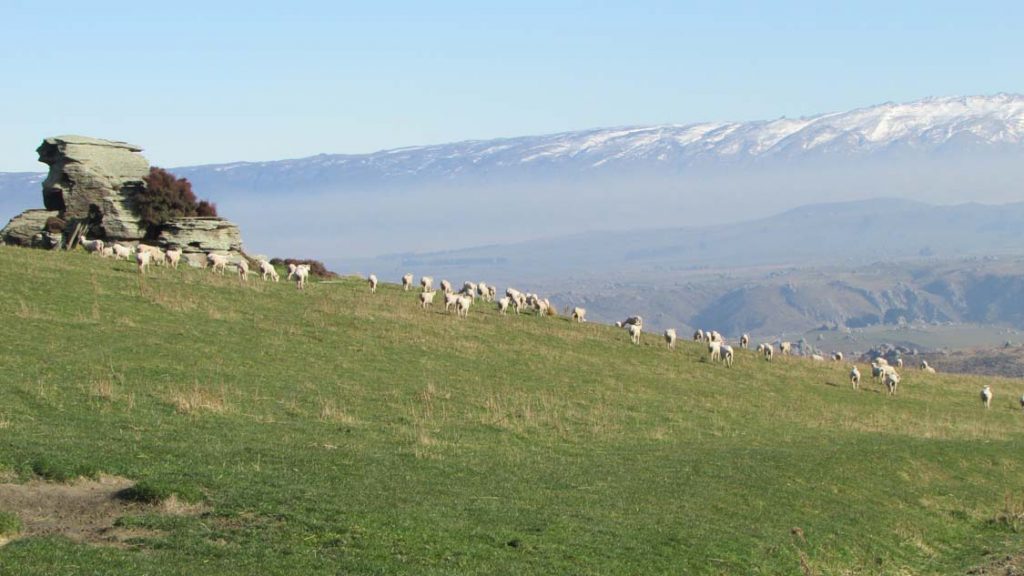 On the final stretch home, I noticed narrow paths etched into the ground. I was told they walk single file and tend to follow these paths back home. 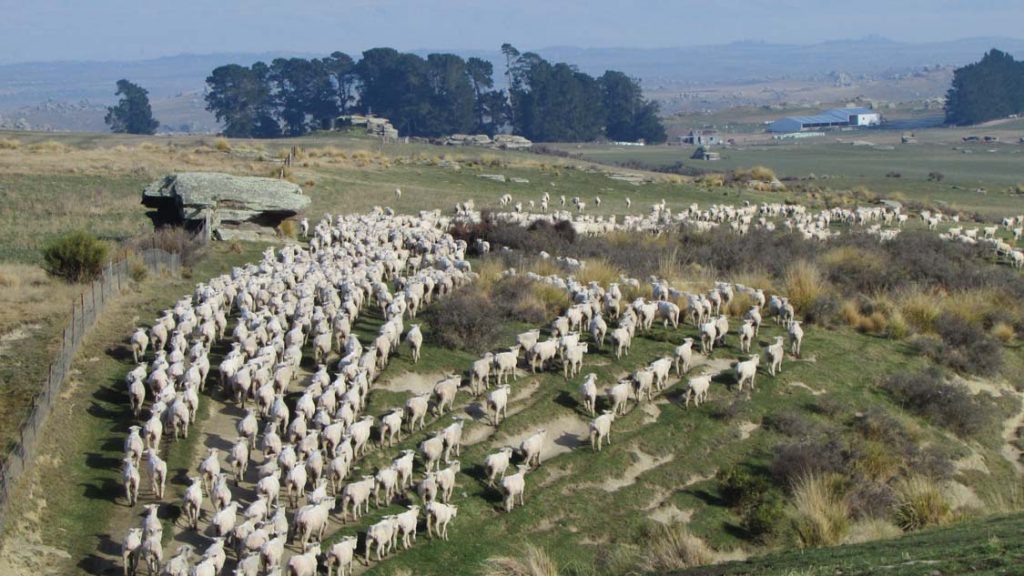 Later in the afternoon, I was asked to drive into Middlemarch to pick up the kids from hockey practice. A longer drive than the bus stop and a new route for me, I did alright driving on the left and on actual pavement this time. I didn’t even get lost! A miracle in itself. On the way out, I came across this traffic jam. Certainly another first for me.

0 thoughts on “Out in the Middlemarch of Nowhere”