Evi said there was a farmer’s market today where fruits and veggies were cheaper than the store and that I should go check it out.  It was in Puerto Viejo (PV) and it’s 3km from here…doesn’t sound too bad.  I mean, I’ve spent HOURS walking in the jungle before so this should be a piece of cake.  Plus, it was still early and fairly cool and not many people on the road, so after I made breakfast and checked to make sure the beach was still there, I took off.

I stayed on the shady side of the road and it was nice.  I’d look up at the trees, hoping to see a sloth or a troop of monkeys.  I didn’t see those, but what I DID see were those HUGE banana spiders with their giant webs up in the electrical lines.  It was crazy!  There were probably 50-75 of them along this one stretch and I was walking almost right beneath them.  Not that they’d fall on me or eat me, but they were a little scary.  Some had babies in the web…they were all just chillin, not moving. 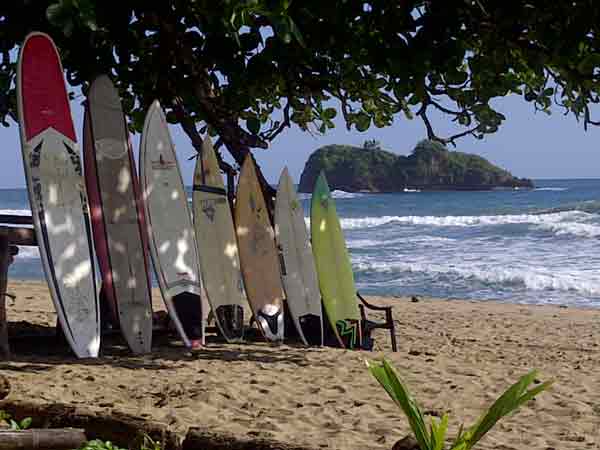 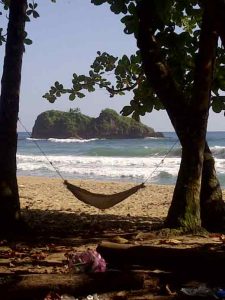 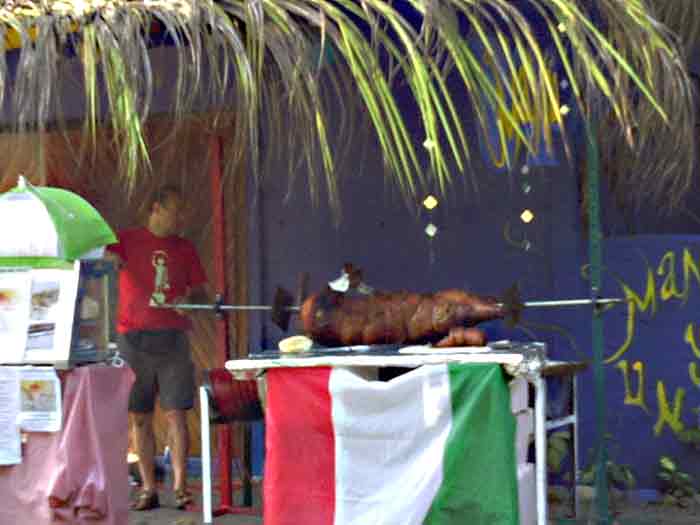 Then I looked to my right and saw the beautiful Caribbean and it was blue this time.  This is the first day the sun has been out since I arrived.  I stopped in at a few little beaches and took some pictures (sorry, with the camera phone, didn’t do it justice).  The water was calmer over here than it is at my beach.  I got to PV and saw a huge pig roasting…I really should’ve gotten some.  Then I popped into a bakery which was crowded but the breads looked and smelled great.  I would catch that on the way back.  After asking directions TWICE to the farmer’s market I found it.  I got some sausage, cucumber, tomatoes, potatoes, onion, mango, green beans and a bag of oranges.  The fruits/veggies set me back about $7 and the sausage was $4.50. 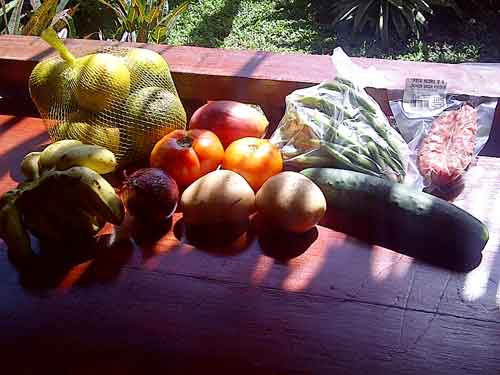 Naturally this was heavy.  It was getting hot and I didn’t feel like walking back home.  I had the tourist office call me a cab (they’re not just readily available here) and got a ride for $4…best spent $4 yet!  Oh, the bakery line was too crowded, so I passed on the bread unfortunately.

Finally caught a good shot of the hummingbird too! 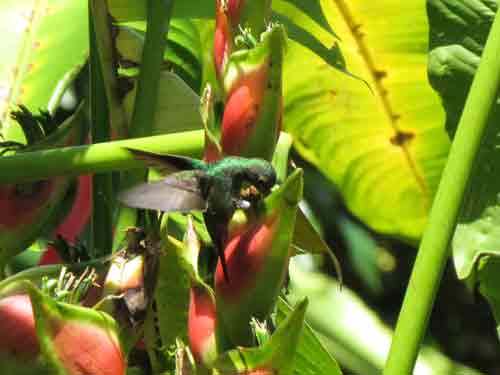 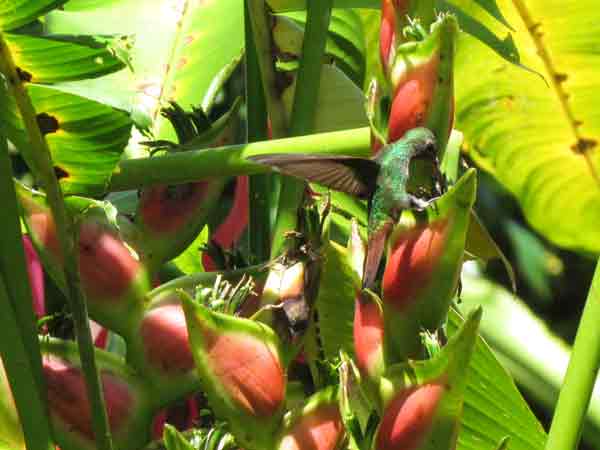 0 thoughts on “When Walking Pays Off”