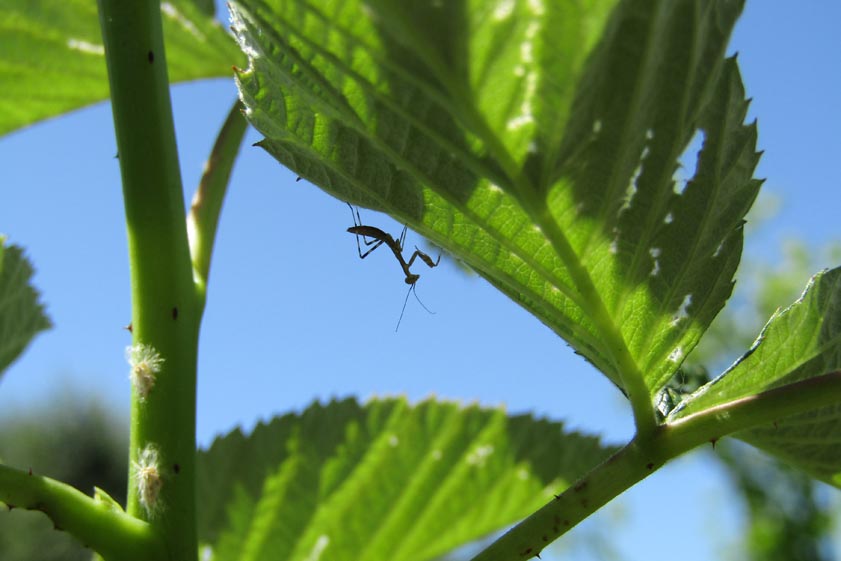 It’s been an interesting month since the earthquake. We had thousands of aftershocks and when it finally started calming down, there were about 5 noticeable shakes yesterday registering 5.5 or lower and one on Christmas morning. A few days after the big quake in November, I finally gained residency! It was a huge relief without much of a plan B in place for what I’d do had I not gotten it. I can officially call New Zealand “home” now and am happy to be here.

I can’t say that I’ve gotten used to being warm on Christmas or having the flowers and veggies starting to grow. My neighbour gave me a couple of stems from her Christmas lilies and 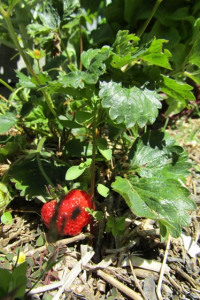 proclaimed, “Now your house will smell like Christmas!” Well who would’ve thought anyone would associate lilies with Christmas instead of pine trees? I love the smell of lilies so I proudly displayed them as Andy sneezed and complained they stunk. She also gifted me at least a pound of fresh, large strawberries from her garden…the best I’ve ever had. The woman has a talent when it comes to growing.

My strawberries are now going through a growth spurt and are getting bigger leaves and flowers. They’re sweet and juicy and I love picking them while perusing the garden, still warm from the sun. The raspberries are also taking off and I’ve put baby mantises on them as well as on top of the flowering celery where flying bugs go wild. I hope to give the babies a head start on life and find them flourishing in the yard by the end of summer. I estimate that there were well over 800 babies born in this yard alone!

The tomatoes I started growing over a month ago have gotten huge and one is finally turning orange. I’ll have a bumper crop, ending up giving most of them away. The strawberries near them are also getting large. 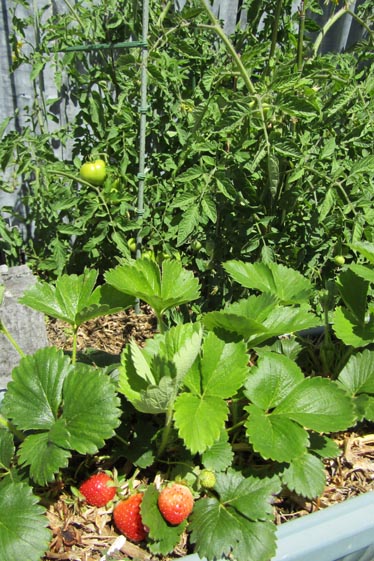 The first bell pepper (or capsicum as they call it here) of the season is doing great! I have used seeds from one I bought at the store to make more. I’ve also got a red chili plant and am starting to grow jalapenos which are very expensive and rare here. 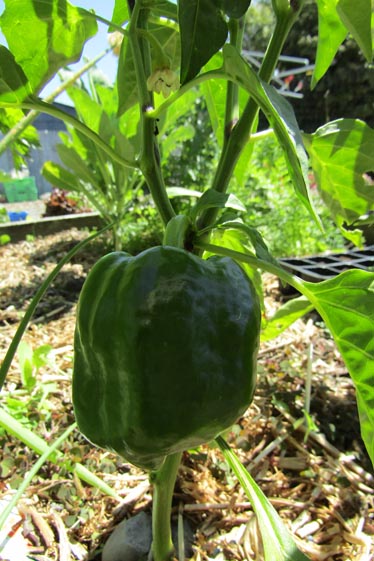 As an interesting aside about the  major quake, I read that all non-fruiting vegetables immediately went to seed. Thinking they were under attack from the violent shaking, it was their way of making sure the next generation survived. Plants are so amazing!

My freaky cauliflower bloomed and I harvested it the other day. To me, it tasted nothing like cauliflower but it wasn’t bad. I grew it because I wanted to have something different. The first time I saw one was in California and was amazed there were actually plants in the nursery here, so I grabbed some. 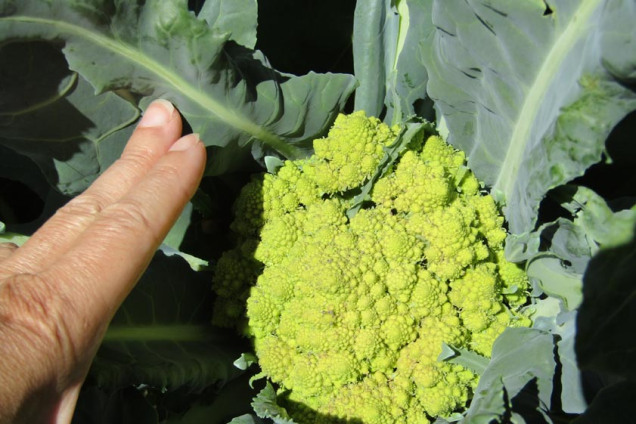 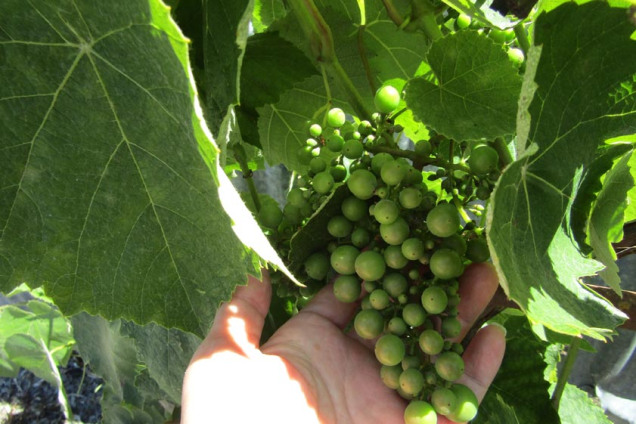 The red grapes are slowly making their way to maturity and I also found that we have some cherry plum trees across the street! I’d never noticed or heard of them before. A mix between, you guessed it, a cherry and a plum produces a large cherry looking fruit that tastes like a plum. The pit and flesh is just like a plum with a slightly sour skin. They’re a bit mushy when red, but hey…they’re free!! 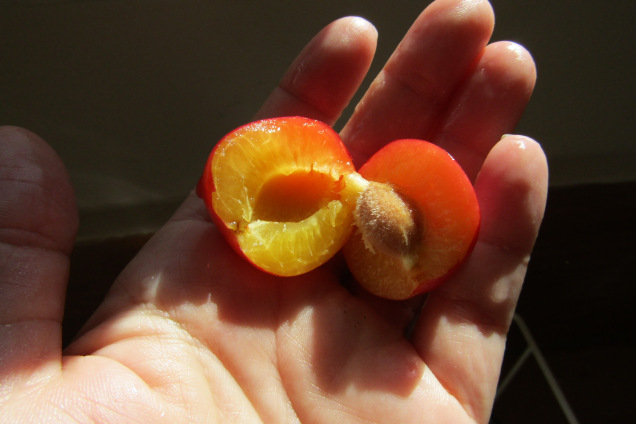 My other neighbour enlightened me to loganberries…a cross between a blackberry and a raspberry. They often have a banana taste to them which blows my mind. They’re great in cereal! She had a huge crop and is more than happy to share those along with the lemons on her hundred year old tree.

The feijoa tree has been blooming with gorgeous little flowers that remind me a lot of the pohutukawa tree blossoms, popular along the coastlines during summer. Lots of yummy feijoas on the way! 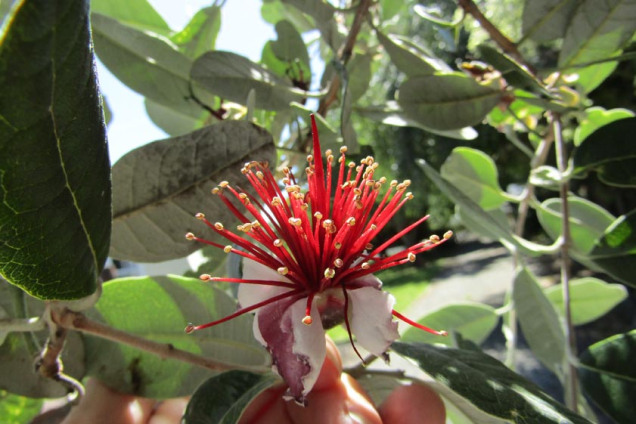 In other news around the yard, the calla lilies I also didn’t know about last year made an appearance….the most beautiful colour ever! A light purple mixed with cream and light green. I’m so fortunate to have them! 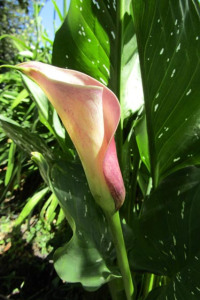 I was lucky enough to find an Angel Trumpet at the garden center too! These remind me of Central America, as they’re all over the place there. So majestic and beautiful, their aroma is strongest at night. 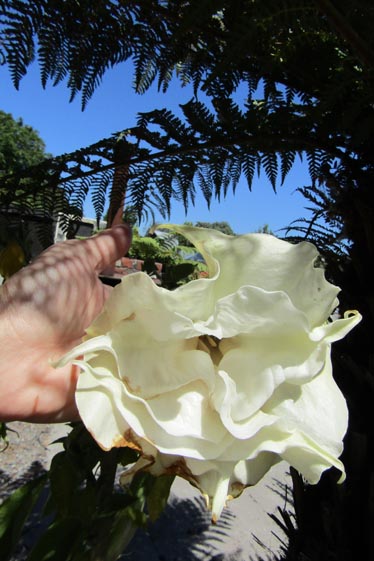 For a very brief few weeks, a beautiful bunch of flowers appeared from out of nowhere with the most intricate petals. It reminded me of a swan. 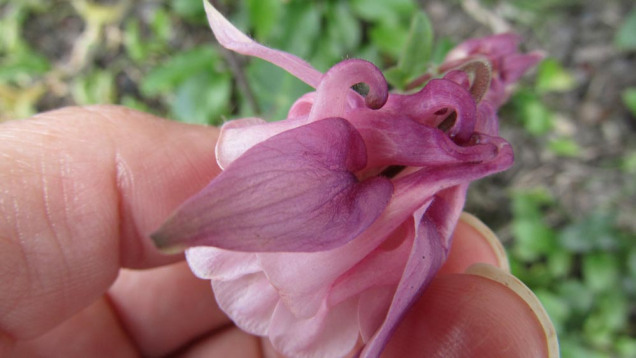 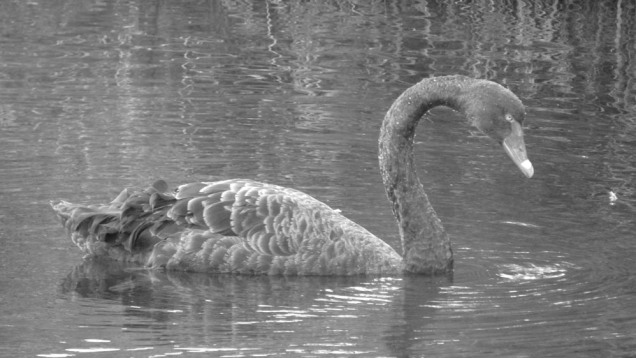 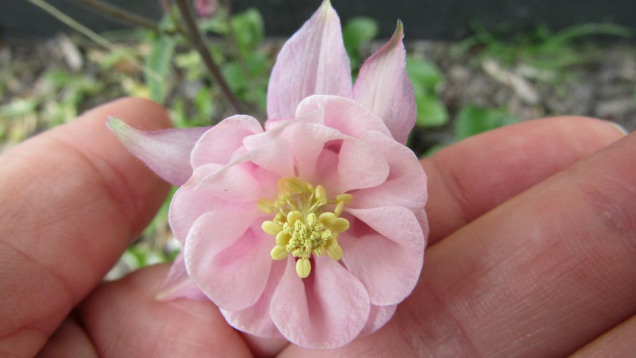 Another unexpected surprise was the appearance of a hedgehog living under the house! The dog alerted us to it one night by scratching and barking at the back step. I shined a flashlight in there and saw a bunch of quills so that was exciting! Apparently the hog was out before dark in the yard and the dog had a go at it. I have no idea how he manages to keep it in his mouth. The quills are very sharp and I came out to find him or her in the typical ball, waiting for things to calm down. I waited patiently and it finally uncurled and crawled back to the safety of the house. They are a great addition to the garden, eating slugs, creepy crawlies, grubs and other pests. As my mother said, “Your garden is magical!” 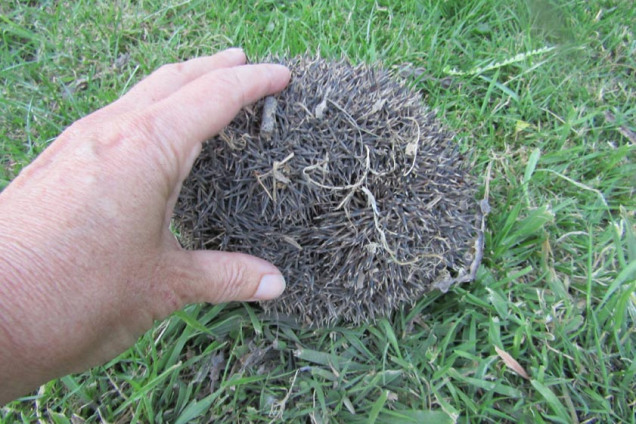 Another trip to Pollard Park found the roses in full bloom (over 800 different bushes!) and some wild blue flowers that looked fake coming off of a large succulent. 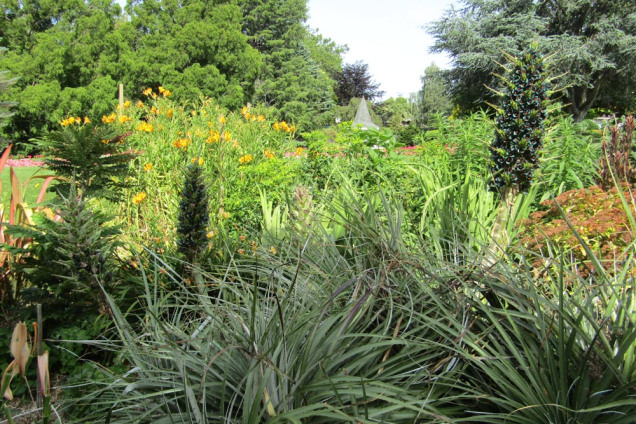 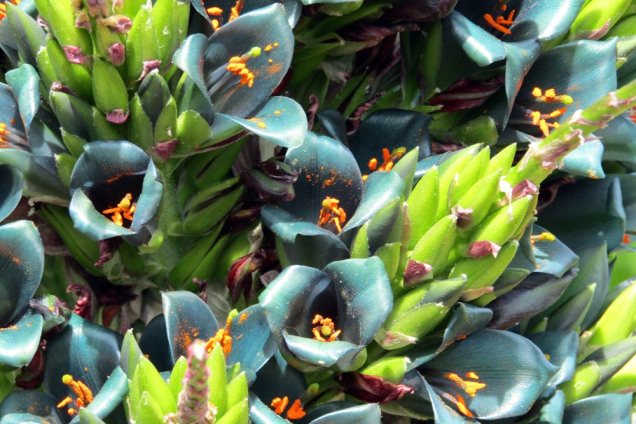 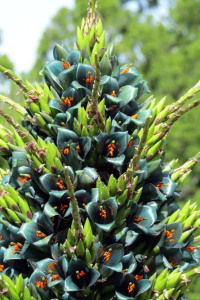 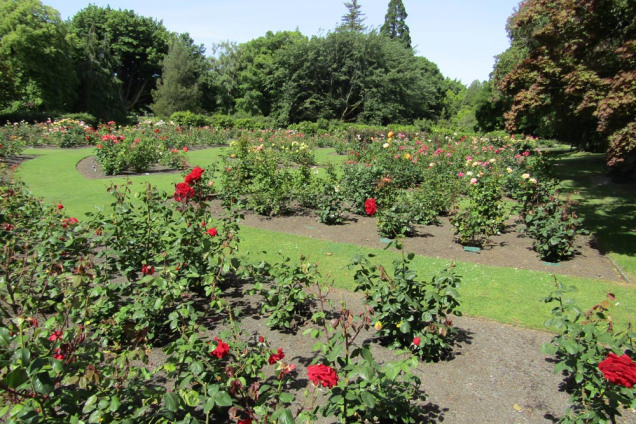 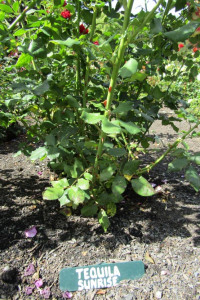 I have no idea where they come up with rose names but a lot had to do with drinks like Hot Chocolate, Raspberry Ice and this Tequila Sunrise. 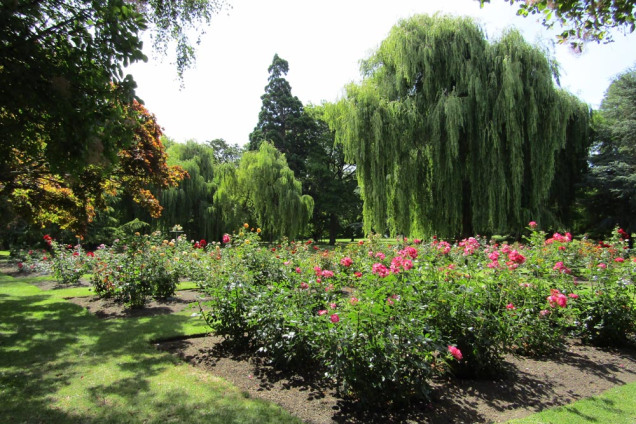 These zinnias and lilies were happy in the sun! 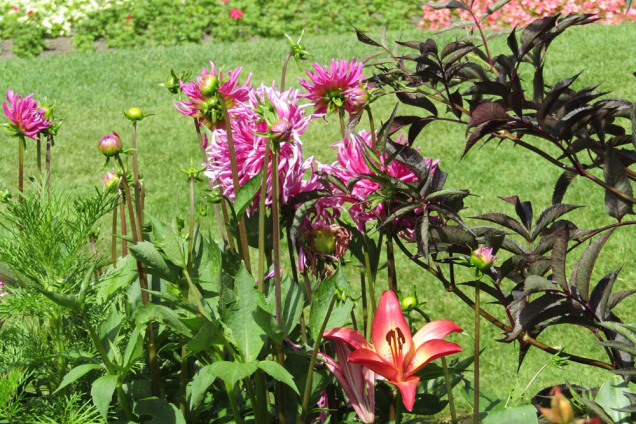 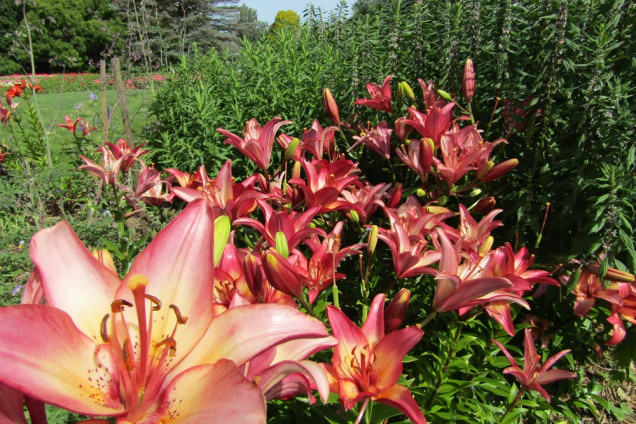 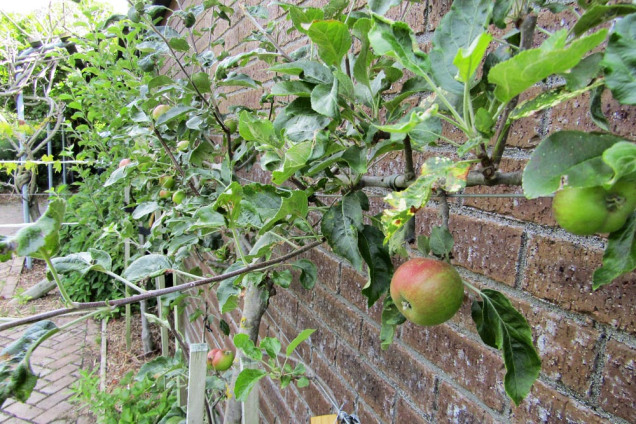 It’s amazing the work that goes into making these huge flower beds in the park. This time it was for The Lions Club. 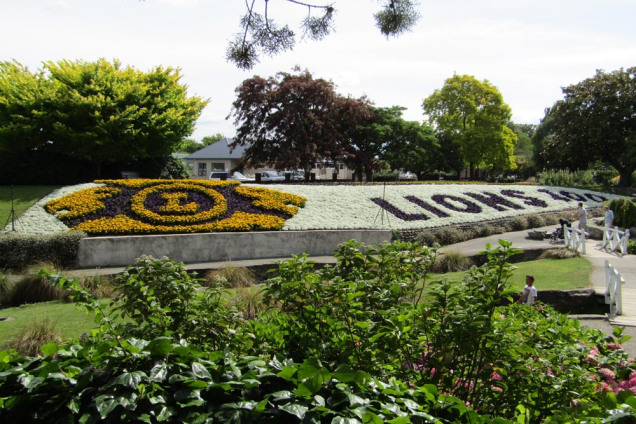 It’s been nice to have over 15 hours of daylight but the weather continues to be unpredictable. We actually had to start the fire yesterday afternoon! It’s time to get in some exercise after many, MANY months of hibernation! I hope everyone has a great new year and that America’s new leader will make a change for the better.

10 thoughts on “Another Summer Christmas”