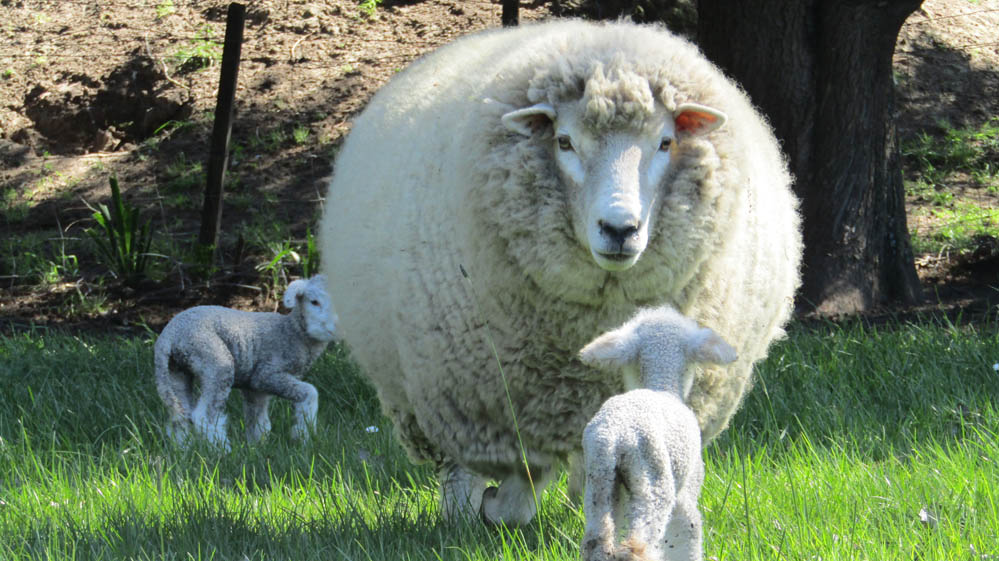 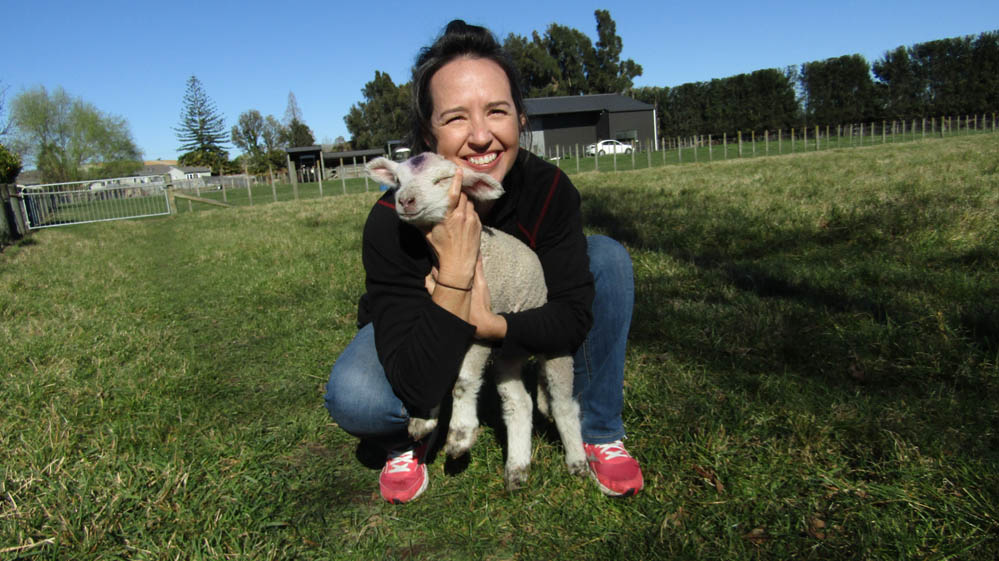 Ohhhh yeah…it’s Spring finally. Daffodils and lambs, what’s not to love!? The place we lived when we arrived on the North Island had a herd of sheep and almost all of them had lambs on the way. It seemed to take forever, but after we moved from there, the lambs finally came into the world and I made sure to go cuddle some.

Sandra had to hand rear a few of them and asked if I wanted to give them a small early feed. Of course I jumped on that and she warned me that they would probably mob me and that made me even more excited! Mobbed by lambs…who wouldn’t want that? 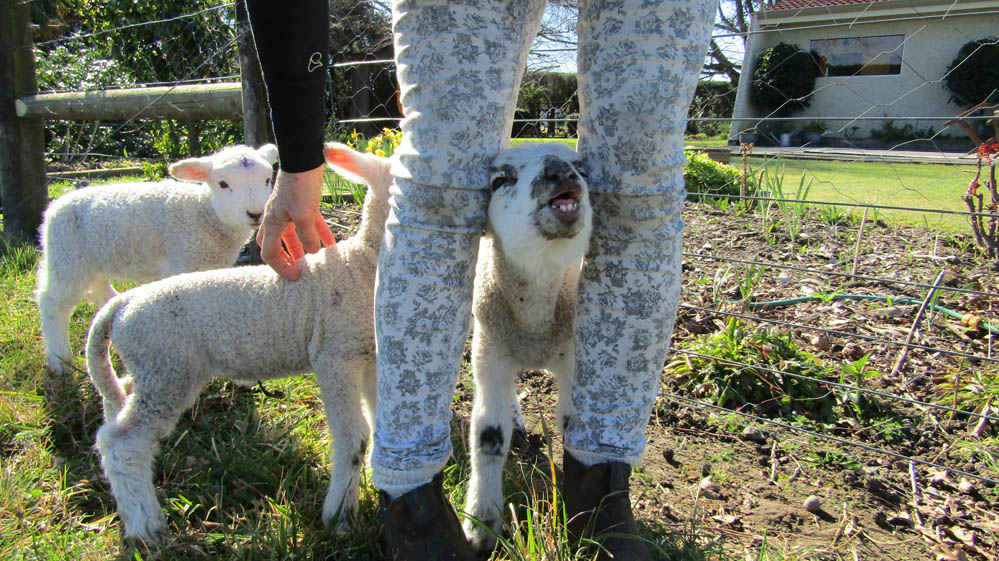 They were busy in the corner of the paddock and when Sandra hollered for them, three bottles in hand, they came running! My voice raised a few octaves as I greeted them and fed two of them while Sandra took a video of it. She held a bottle between her knees for one of the lambs…a pretty funny sight. After a couple of minutes, the milk was gone and they were looking for more. They followed Sandra around the yard for a while and then finally went off to do whatever lambs do all day! 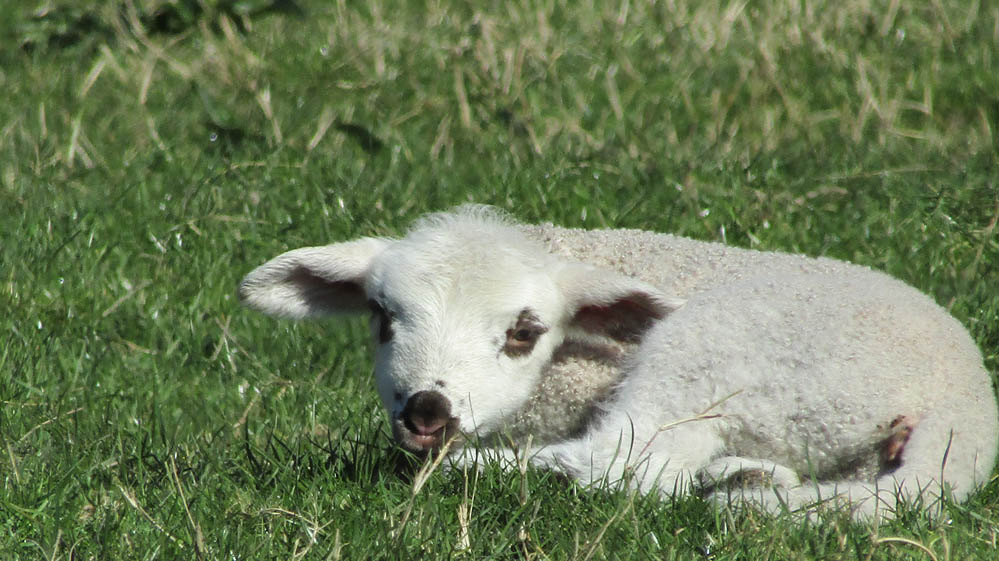 I went for a drive closer to home a week or so later to see some other lambs and found a lot of twins playing together during one of the warmer days of the season. 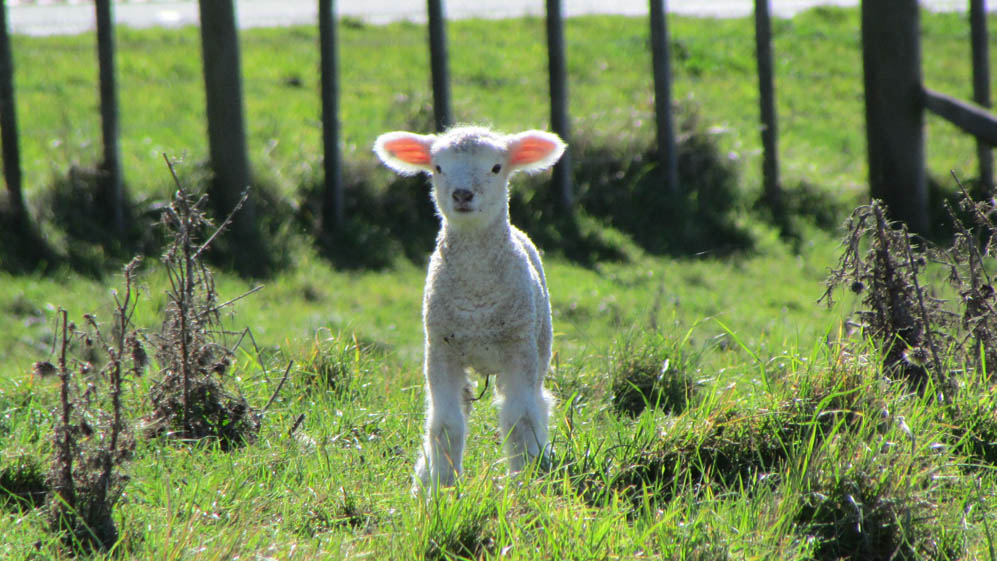 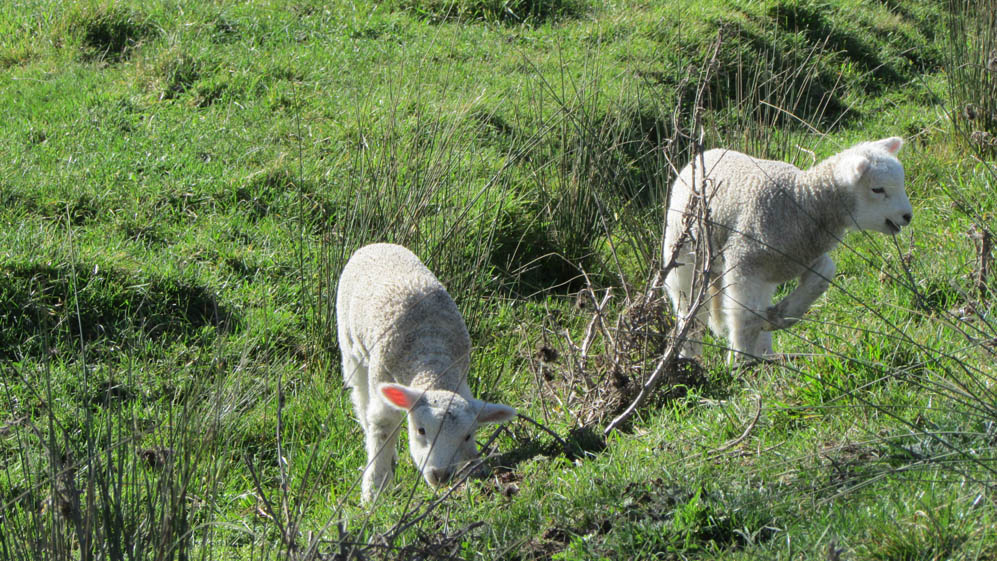 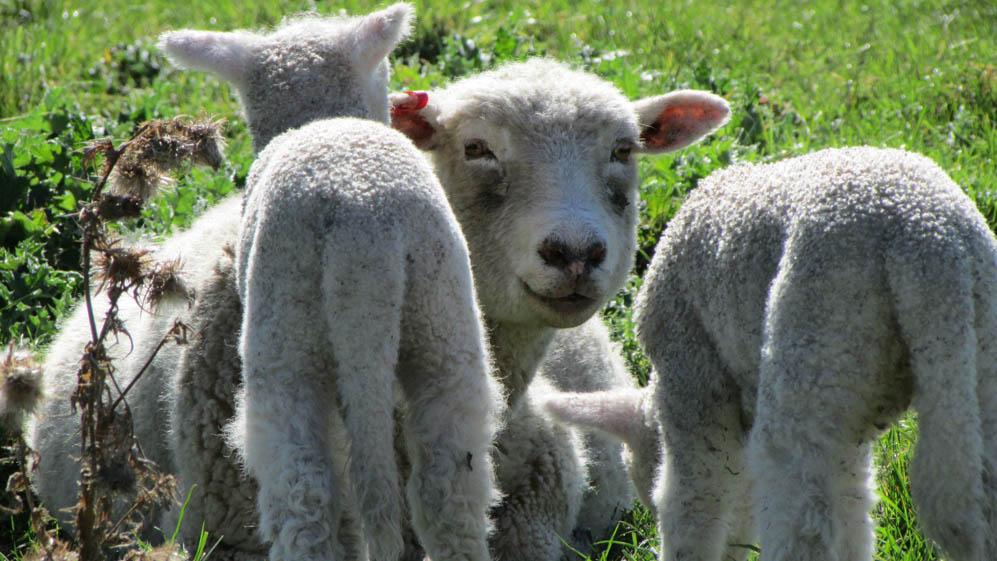 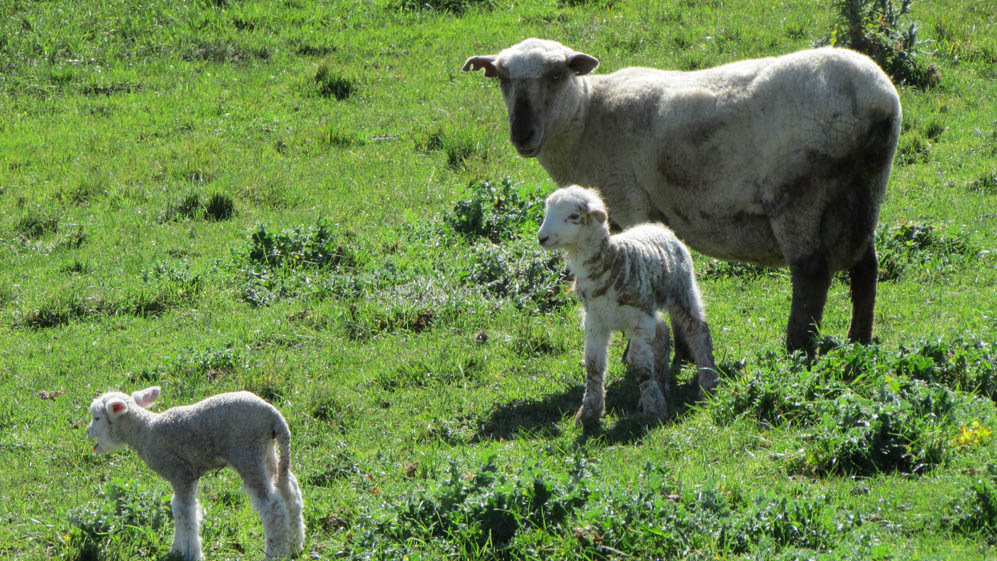 This wee one had gotten separated from its mom and tried to get a feed off of a different one. It was pushed away and both looked on as the baby bleated for its family.

We took a drive to Blackhead beach and saw some llamas (actually probably alpacas) along the way. I figured babies would be super adorable, but only saw what appeared to be adolescent ones. 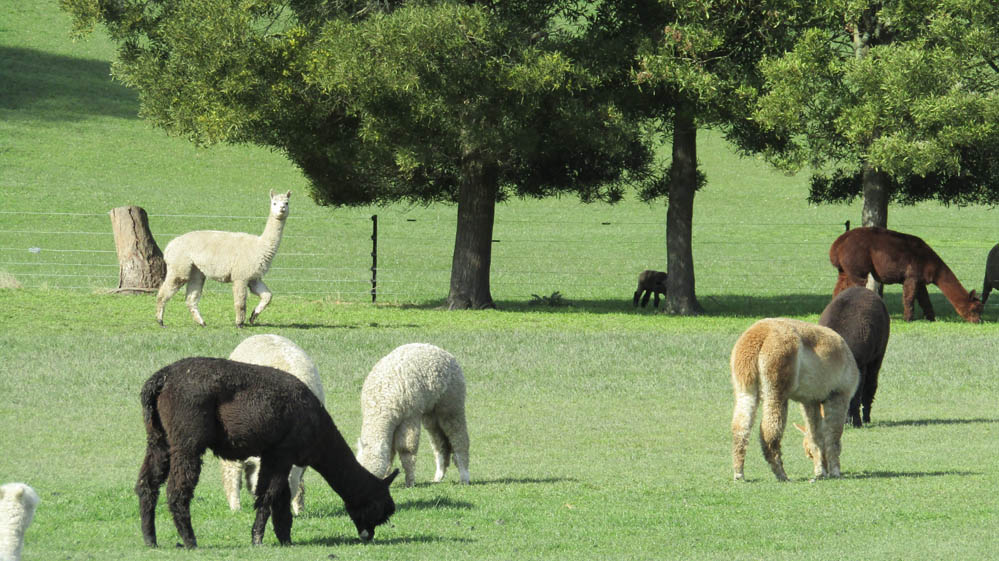 The beach was pretty and I was able to catch some rays before some clouds came and made it too chilly to stay. 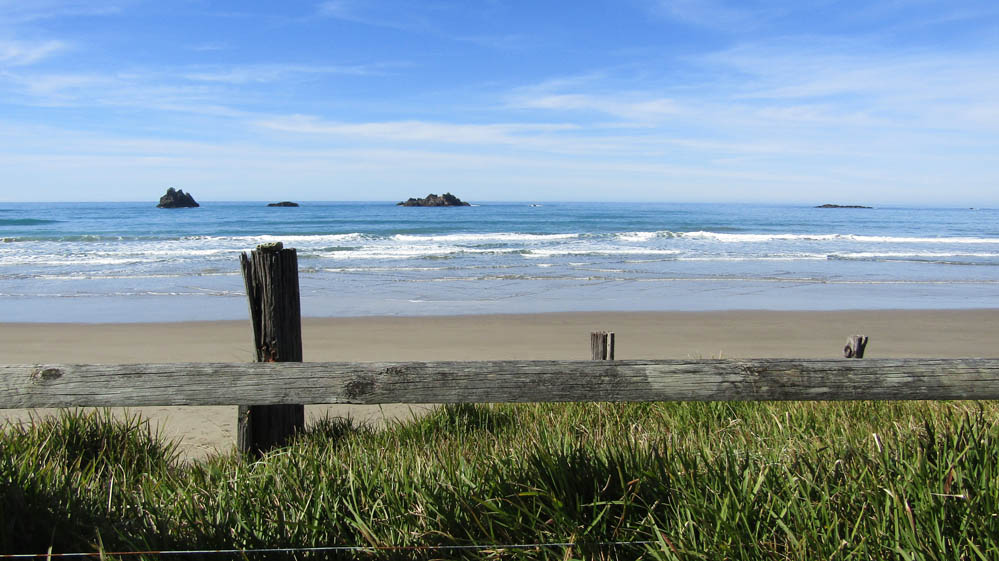 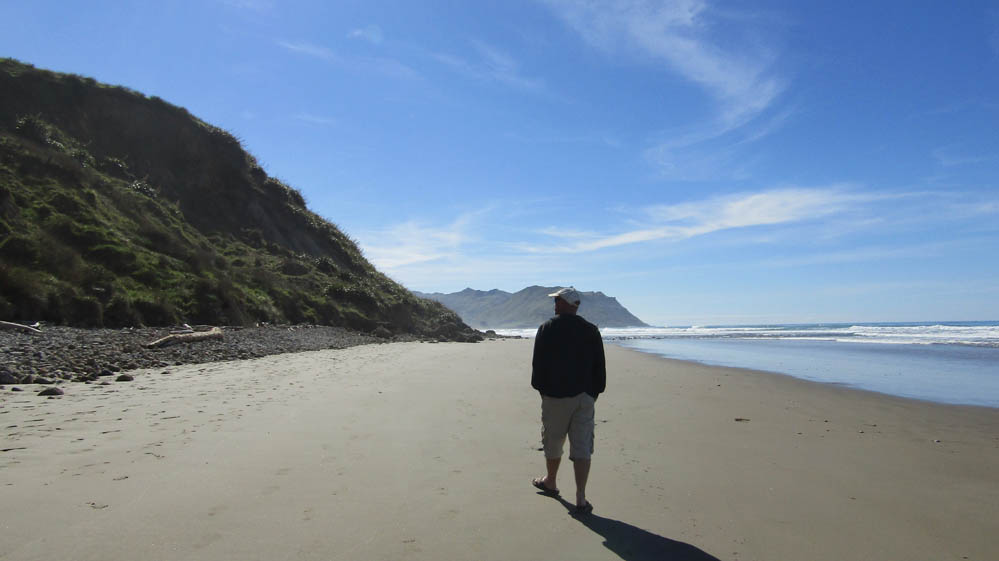 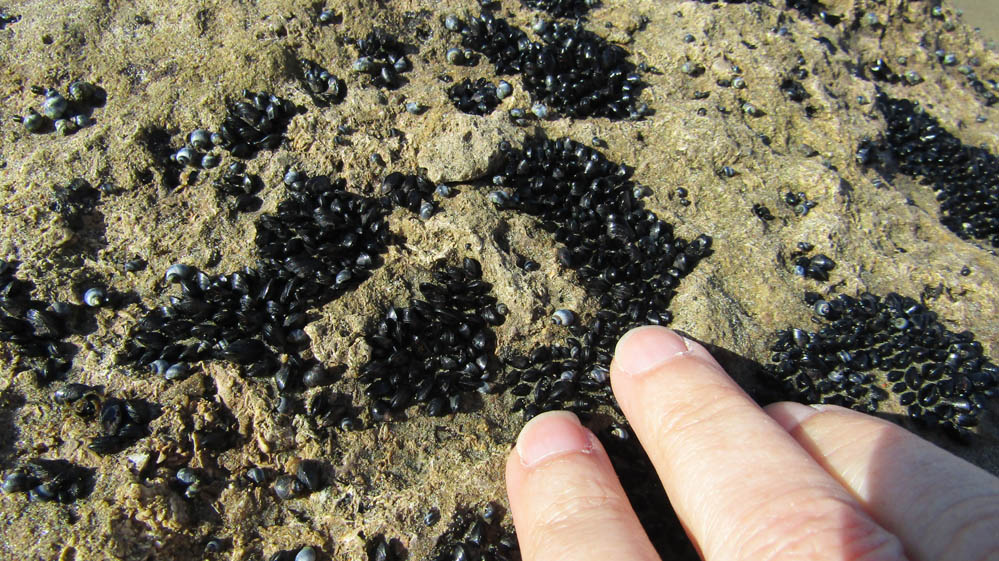 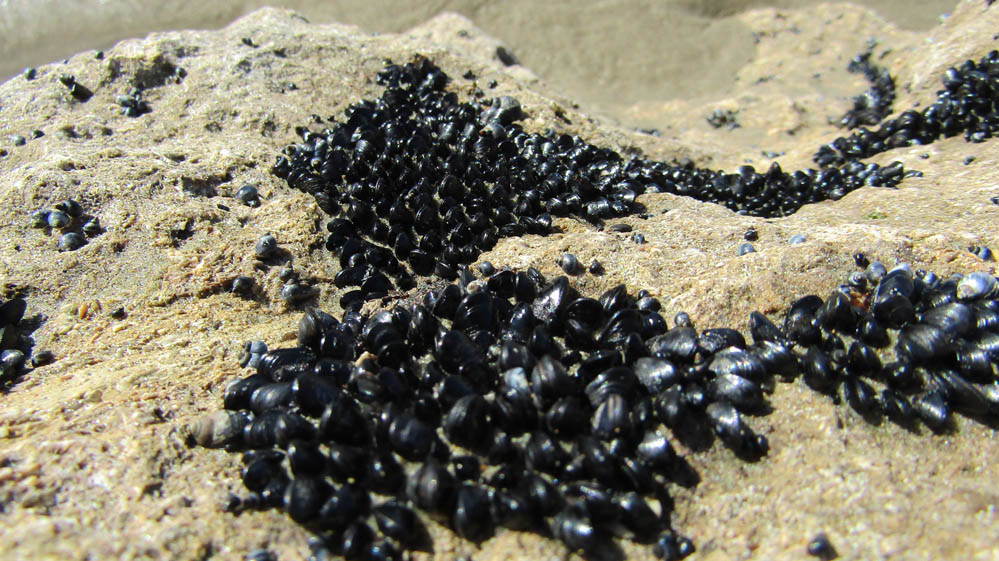 I noticed these baby mussels stuck to a rock. I can’t imagine these are the same kind as the really large ones I’d find on the beaches like the green lipped mussels.

If you’ve grown tired of hearing about lambs, you’d better stop reading here. My friend has a small lifestyle block and one of her sheep had twins, so I went over as soon as humanly possible to see the babies.

These precious girls were only a few days old and were very patient with me. One had been pretty weak after she was born and Liz took care of her for a day or two, but was glad to see she was doing better. I’ll go back in a week to check in on them and see if we can catch them for a couple more hugs.

My aunt dug up a photo of my grandmother holding some lambs too, so here we are side by side. 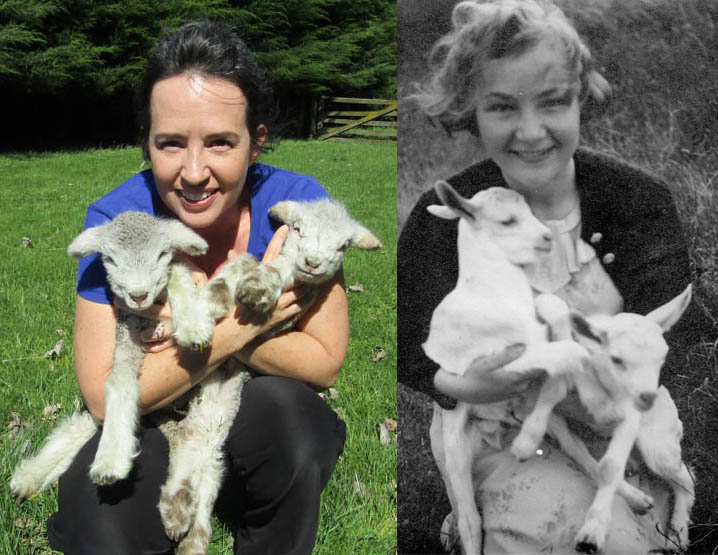 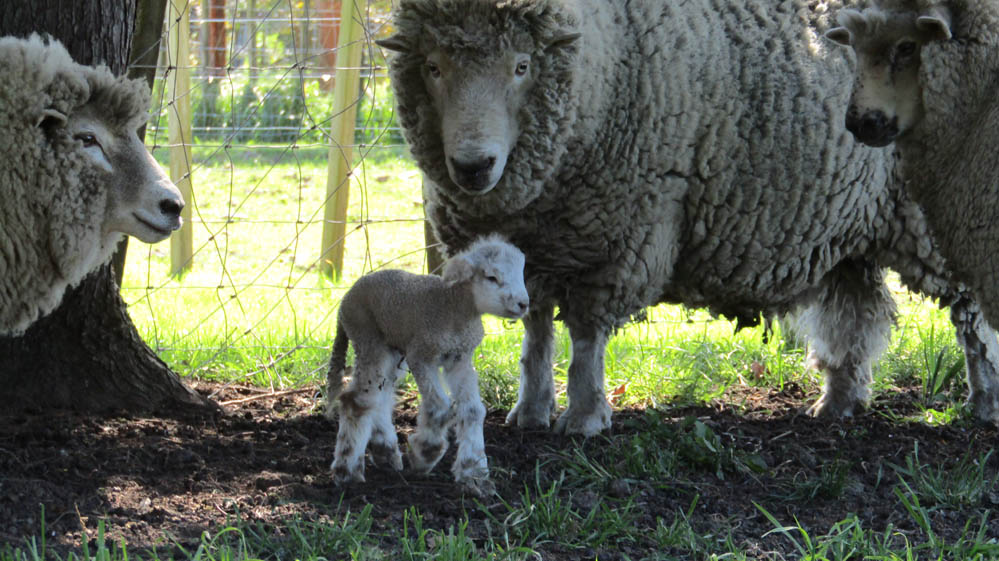 I’m betting the adults even think they’re adorable. I often see sheep staring at the babies…I wonder what goes through their minds?

Liz found out I was a reptile nut and told me she had some friends with a bearded dragon. Of course I wanted to see him so we went over to meet Boz and his humans.

He was a beauty, sporting a lovely orange colour and calm as could be. Christine showed us how she raises some of his food. I had no idea that meal worms were anything other than just worms! She showed us the top drawer of the container which had black beetles in it, then the second that had the meal worms and the third which had the larvae. Boz looked on without diving in, remaining cool and collected. 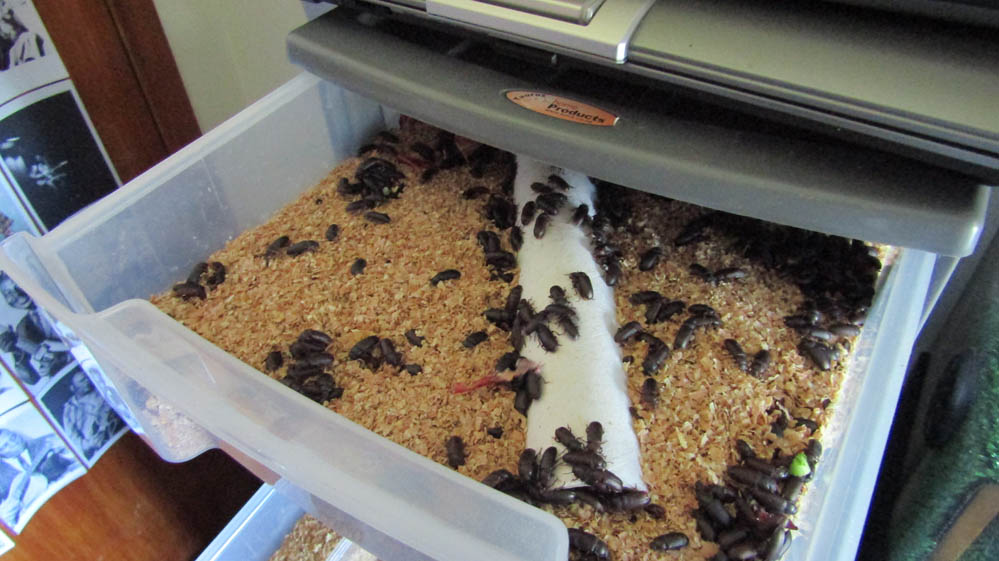 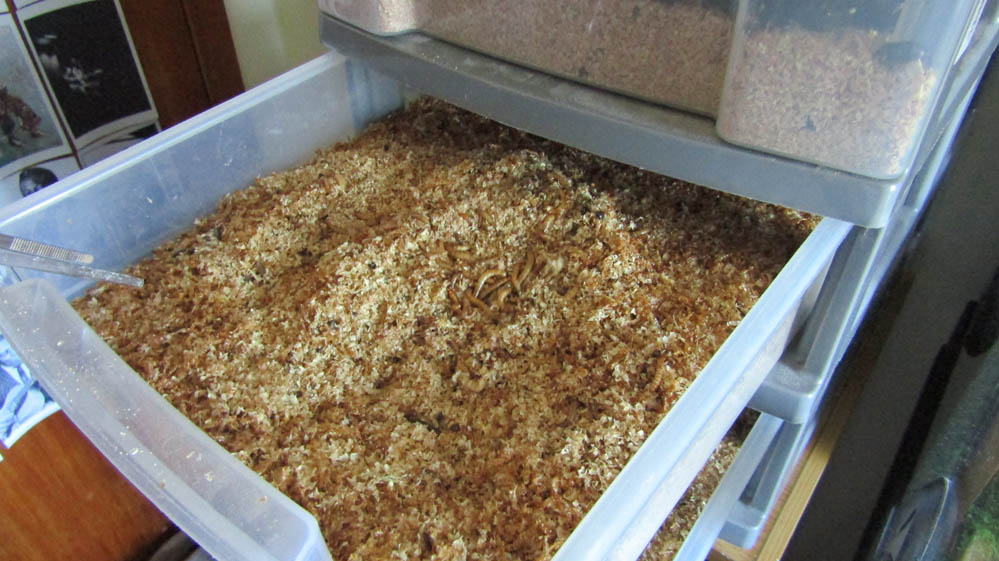 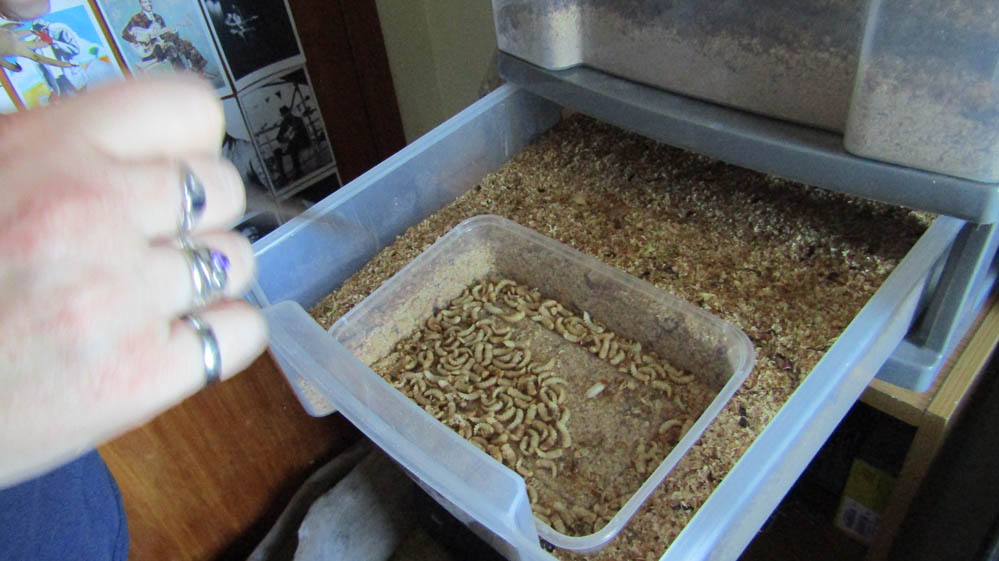 Boz also eats greens and is super healthy and happy since he also has a playpen outside! Complete with some stacked rocks warmed by the sun and a concrete turtle, he can soak up vitamin D and get some fresh air. 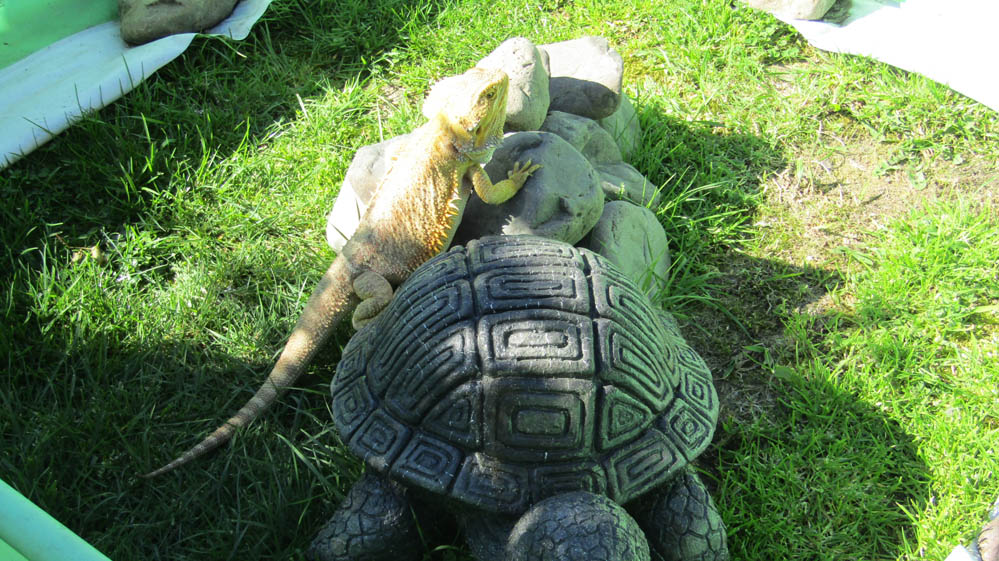 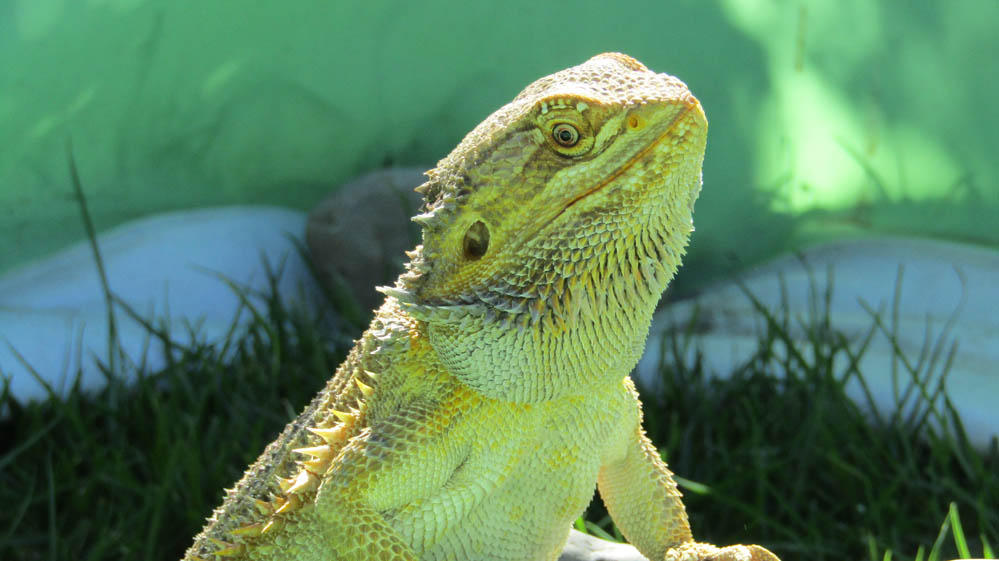 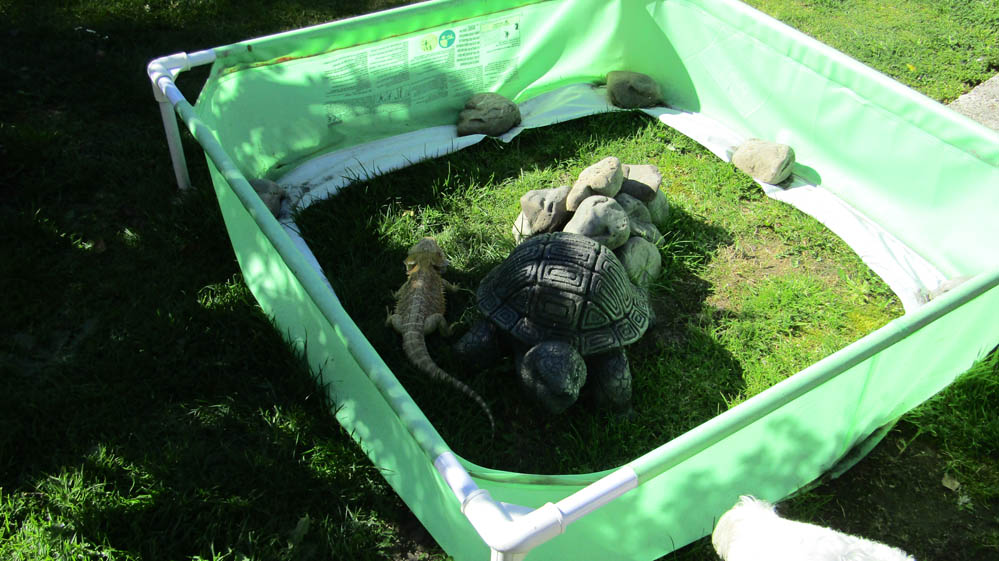 It’s pretty rare to see lizards here and now you must have a license to own one. I also didn’t realize that bearded dragons hail from Oz! I offered up my pet sitting services if they ever needed someone, so I hope to meet up with them again soon.

Finally, a some closing shots of a Tui which visited the patio briefly and the ranges. Still loving the views here and my veggie seeds are sprouting, with some strawberries, garlic, celery and rhubarb already in the garden. I think it’s going to be a good season! 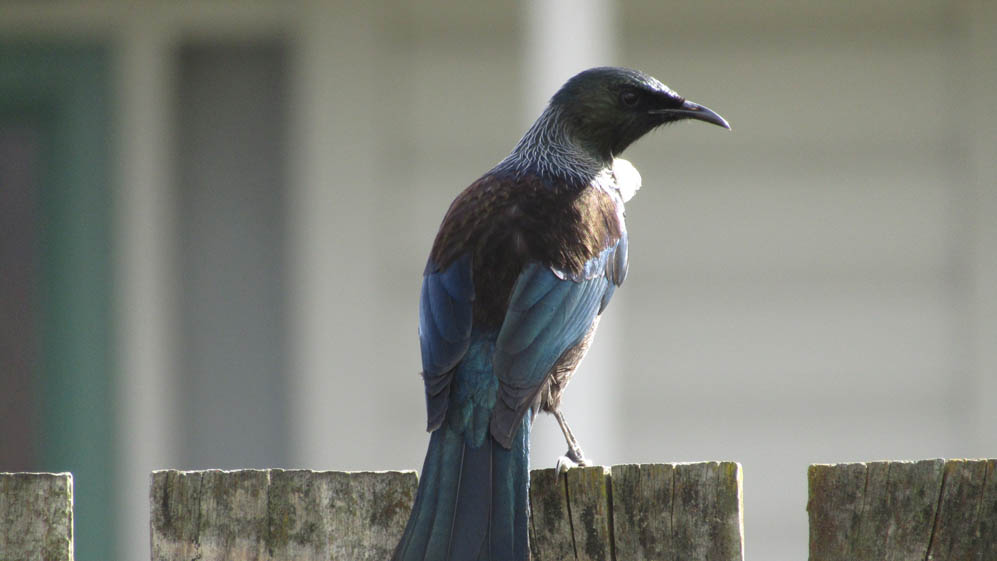 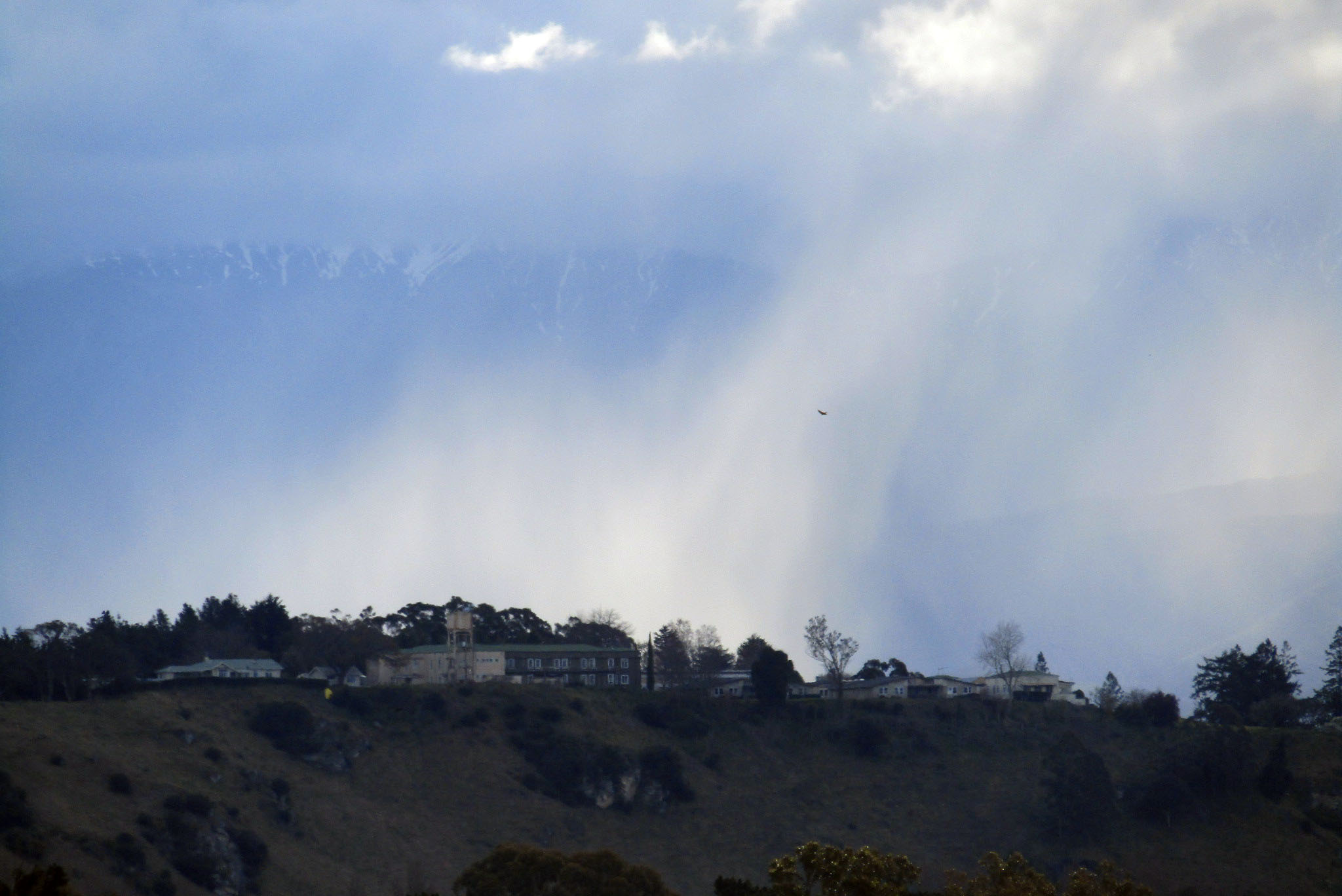 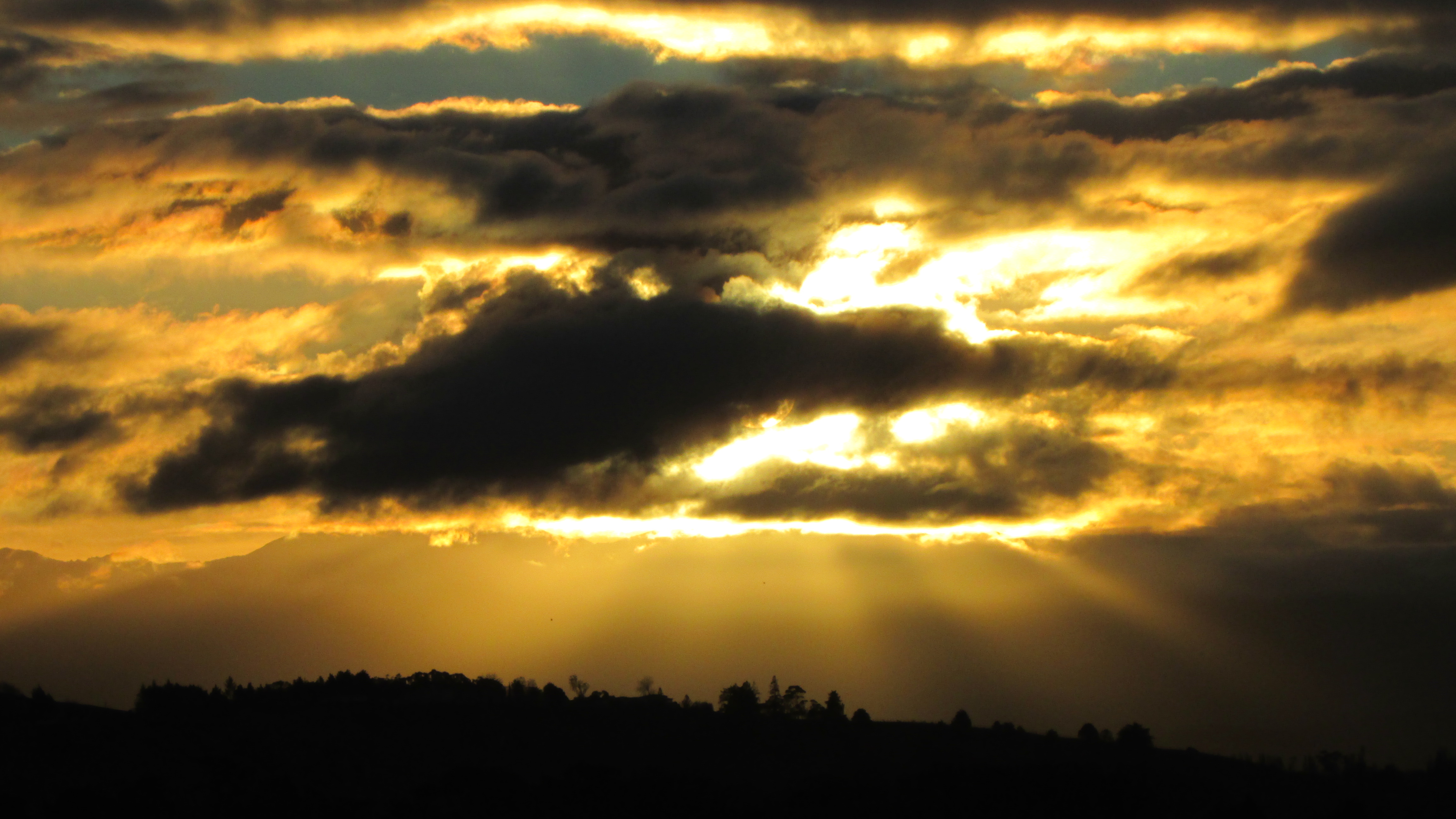