Over three and a half years later, the earthquake which registered 6.3 and killed 185 people seemed like it happened just recently as I walked around there yesterday. Buildings are still being fixed, houses being braced by scaffolding and men walking around in construction gear. The locals admit that it’s going very slowly. Streets are closed off or one way, to avoid anything falling off of a building and hitting the cars below. Oddly enough, last night I felt tremors that woke me up, as did my hostess. 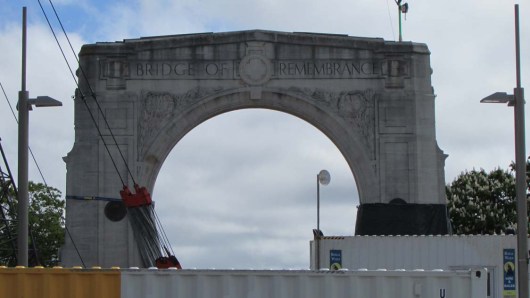 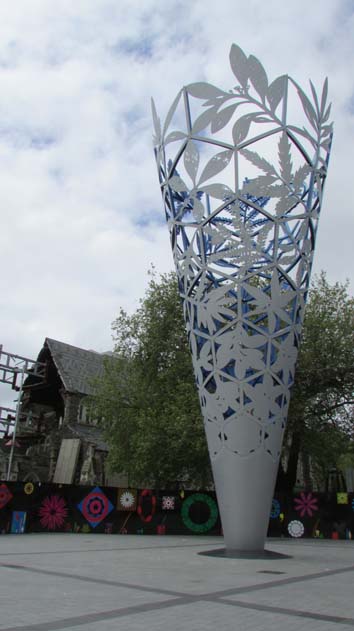 The free museum and botanical gardens took up most of my time. I really enjoyed the museum. It had a bit of everything, from dinosaurs to minerals, an entire exhibit on the Antarctic Expedition, one on a mummy, another on the old days in Christchurch (complete with shops and storefronts). 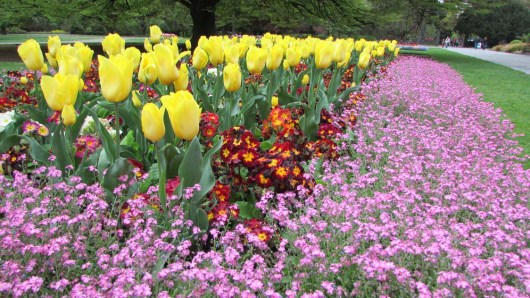 There was also a great bird collection in the museum…the closest I’ve been to a kiwi yet! 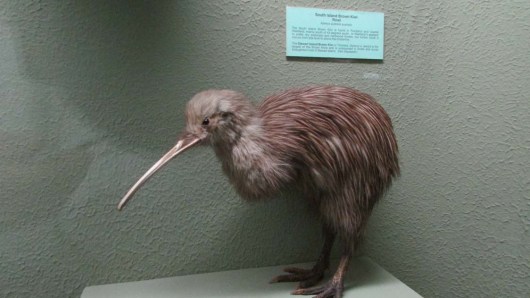 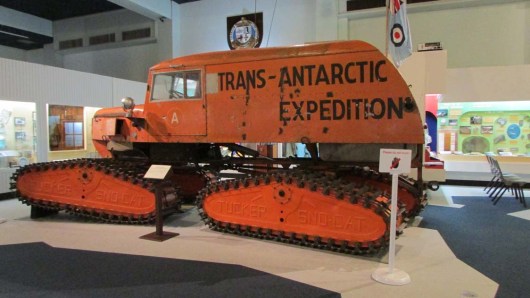 I saw some people on the Avon river taking a gondola ride then headed up to check out Re: start. It’s a little shopping section made out of shipping containers which had a cool feel to it. They didn’t look like containers and there was a wide variety of shops and cafes.  There were street performers (one guy on a unicycle in a straight jacket) and people in costume for no apparent reason. 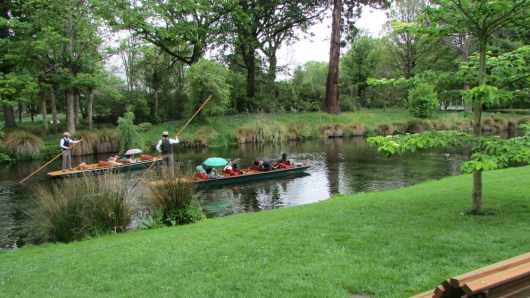 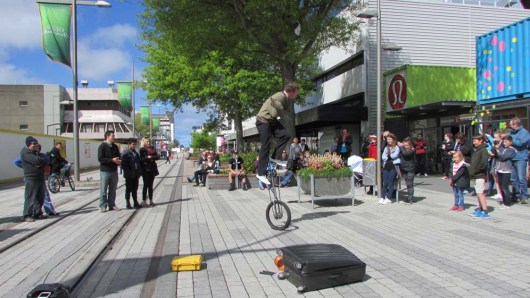 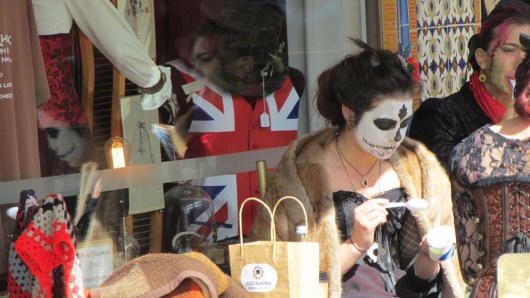 I found another painting of that cool wall art I saw in Dunedin from the same guy (ROA). Apparently he did the mural in the museum as well. He’s traveling all over the world and doing these. The wall art deserves its own section here. 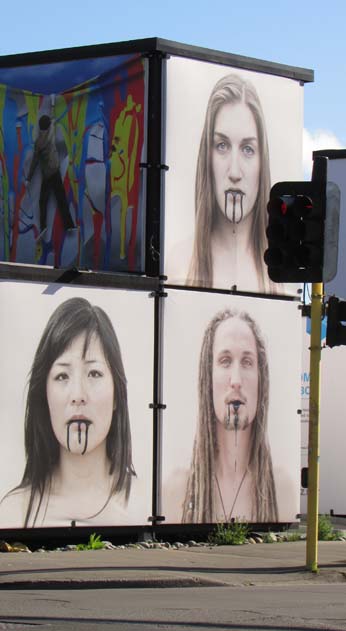 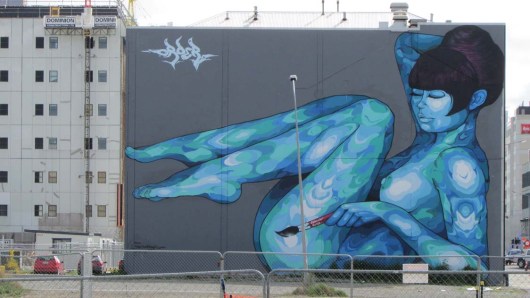 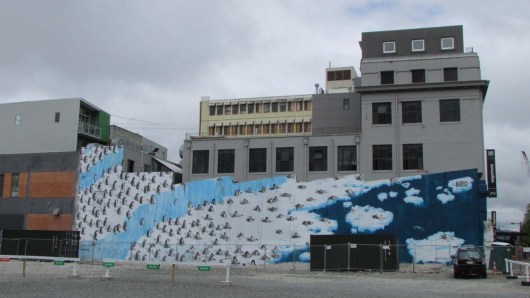 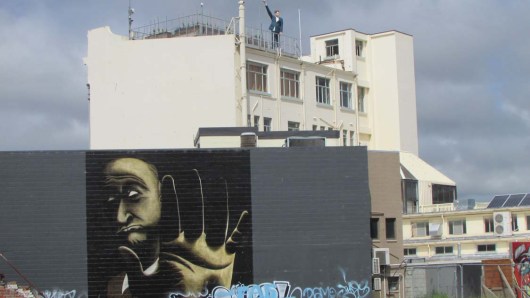 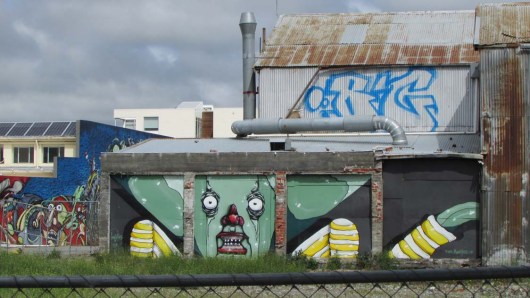 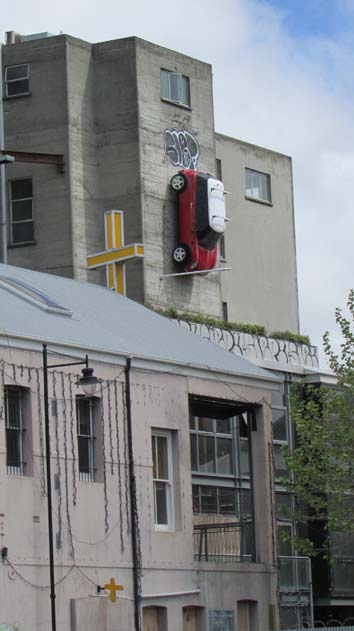 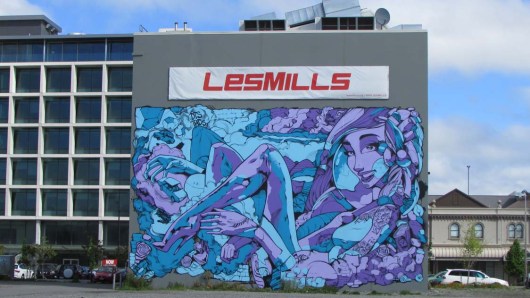 Of course, I had to visit the cardboard cathedral, which is now where the people go since the original one was damaged. Yep, you guessed it, made out of cardboard. It’s also made of steel, timber and the roof is polycarbon. Shipping containers form the walls. They really like those things there. 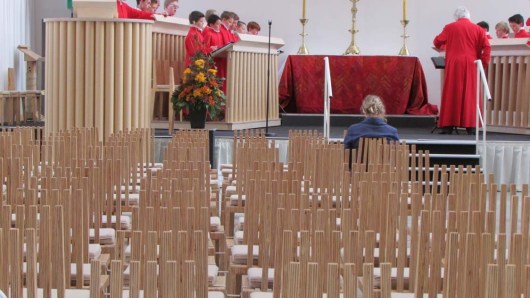 The boys were singing so it was a nice time to catch it.

I dropped in at a pizza place on the way home, sat outside while Jimi Hendrix played in the background and took in the sun. I thought about this garden city and how it probably changed the people here…for the better. I got a sense of camaraderie along with a collective fear and uncertainty. Every local I talked to at any length mentioned the quake and the effect it had on them personally. Nobody suspected Christchurch could have been hit so hard so it came as a surprise for everyone. It seemed to me that the delay in fixing the city kept the reminder on the table. Hopefully they will rebuild soon and the friendly people can move on with their lives.

0 thoughts on “Christchurch: Land Torn Down”