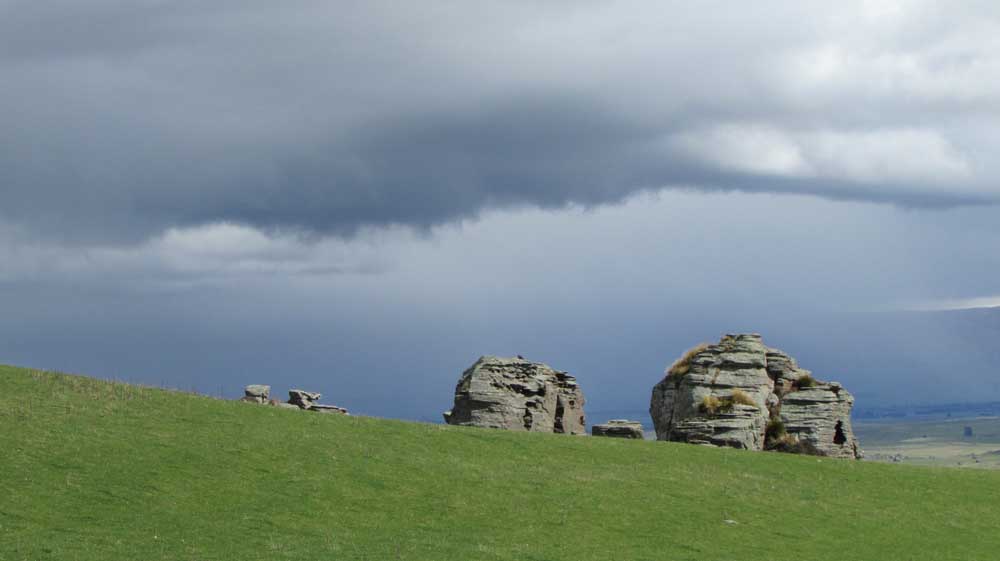 It was a cold day, rain looked imminent across the sky and the wind was blowing from the south (which down here means the Antarctic). The sun peeked out for a while and we were on our way to go help a cow give birth. I was warned beforehand things could go wrong. Terribly wrong, for mother and calf. I knew that before being told, but decided I might regret not going and I also wanted to photograph whatever happened. 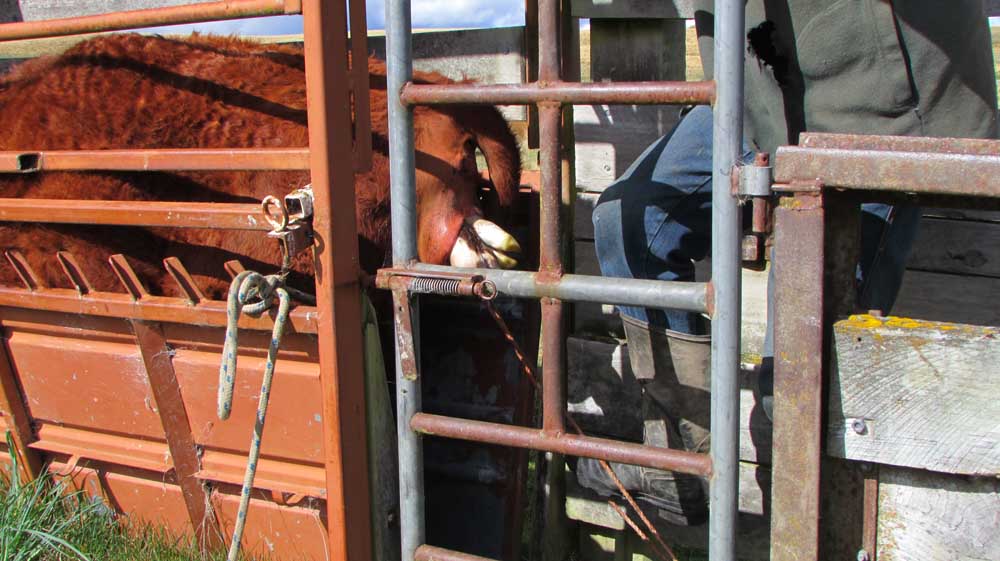 We found every cow except the one we wanted to. I think they were just about to give up when Rosa located her. With some strategic ATV and truck driving, they managed to get her into a pen. I could see two feet sticking out of her, not knowing if the calf was dead or alive. They wrangled her into a holding chute so she couldn’t move and wrapped a rope around the calf’s feet. Rosa tied the rope off about 4 feet from where Bill stood behind the cow. He stepped on the rope to try and pull the calf out, but it still wouldn’t come. More tightening of the rope and more pulling got the calf out half way, tongue sticking out looking as if it was choking. I noticed the calf was still breathing, but he didn’t look strong or hopeful. 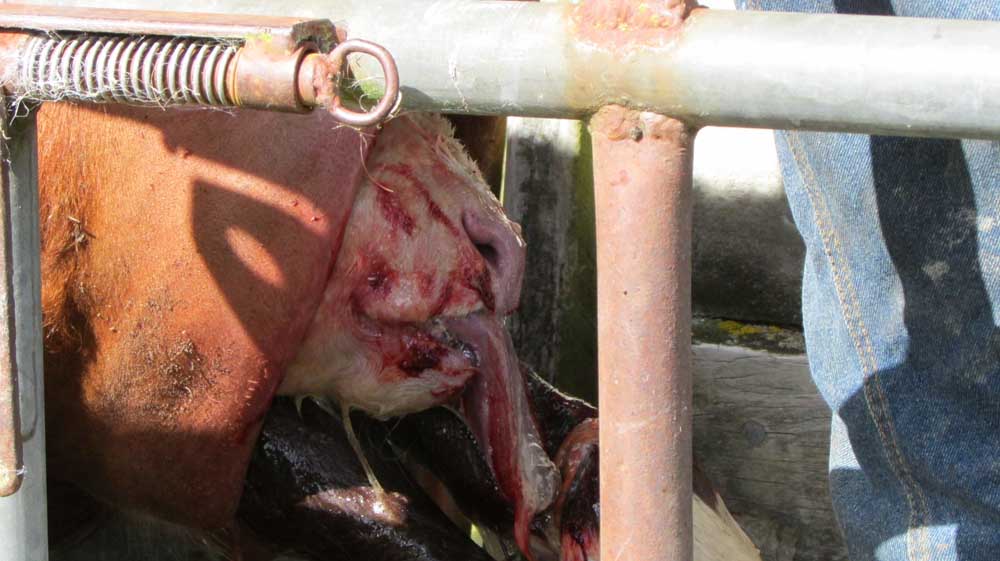 Bill rushed to the ATV…they would have to tie the rope to the back and pull it out all of the way. He ran off, stating there wasn’t much time…it might die. He backed into the pen, Rosa tied the rope to the hitch and he slowly pulled up. The calf came sliding out as the mother let out painful cries. The calf lay there on the cold concrete not moving, but at least its eyes were open. It was still breathing, but not fast (and what do I know, maybe they don’t breathe fast). They dragged him out onto the grass and we all got out of the way as the mother was let out of the holding chute. She stumbled, literally weak in the knees, around the pen. She almost seemed paralyzed a bit and I thought she would fall on the calf. Eventually she righted herself and started taking an interest in the cold, wet baby lying there helplessly. 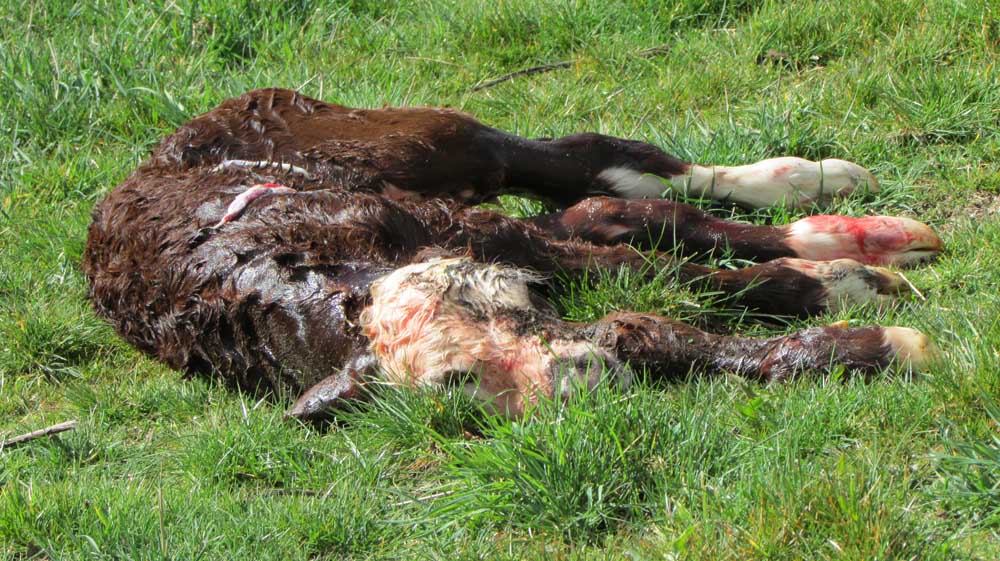 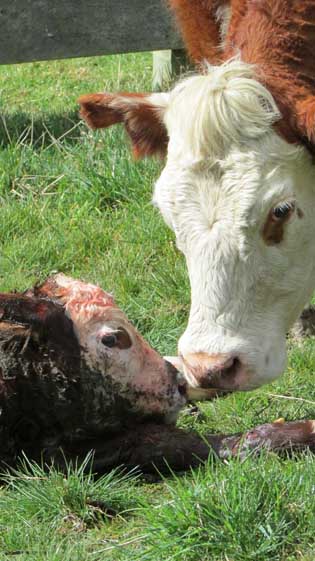 Rosa turned to me and said, “You realize they both would have died had we not intervened.” I shook my head in acknowledgement. Just another day at the office for these amazing folks. Apparently I stayed more quiet than usual, not really knowing what to say. It was a wonderful experience and I’m glad that I was there to witness it. We would leave them there and check on them again in the morning to see how they both fared. 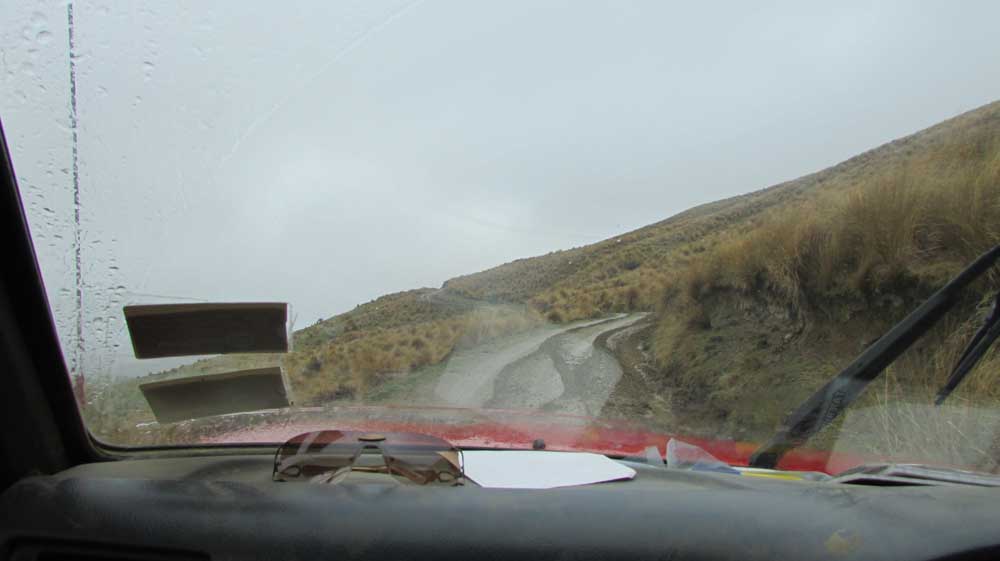 The next day, it was cold and rainy. Bill and I went back to check on them and the track was very slippery and muddy. At one point he mentioned that had he known it was that bad, he wouldn’t have taken the truck. It felt like we were driving on ice, and seeing how steep the ravine was with nothing to hold us from going over it, added a little excitement to my morning. “Ahhhh, danejah!” I said in a New Zealand accent, and we both laughed. The great little 4WD Toyota did its job and we got to them in one piece. I noticed the mother still standing and luckily the calf was alive and sitting down. 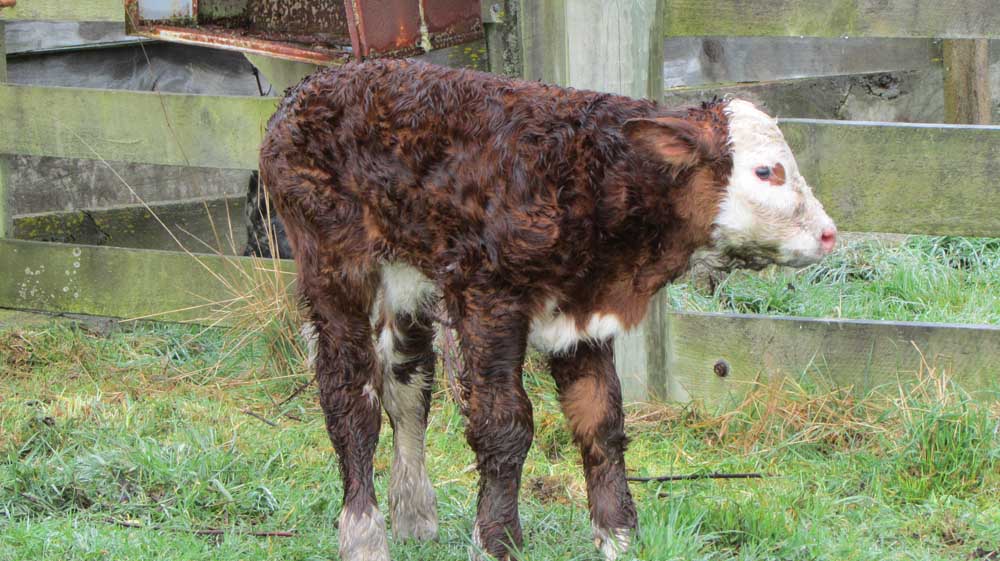 Bill went over to him and smacked him on the sides of the stomach to get him to stand. He wouldn’t do it. He tried again, and nothing. He pulled him up by the tail and the ear and finally he started to walk around. Looking better than he did yesterday, it was a good sign that they both seemed well. He let them out into the paddock to face the cold day ahead.

0 thoughts on “The Miracle of Birth”