My friend took me to San Jose the other day which I was actually looking forward to because I haven’t really hung out there during any time I’ve come to Costa Rica.  Luckily, she took me to the shopping section!  Not that I NEED to shop, but hey, I’m a girl…it’s ingrained in us to shop whether we want to or not.

The bus ride (about 2 hours) took us through Cartago for one stop and then straight to the bus station in S.J.  Thank god she knew where to go, I would’ve been lost as usual.  So the first thing we came upon was this mercado.  I have no idea what ‘fundado’ means, but I was down with it. 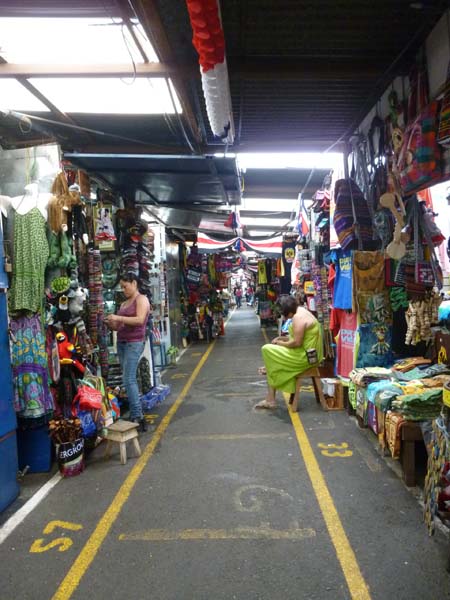 It was really a touristy type of mercado, with vendors on both sides trying to get you into their little spaces crammed with all kinds of goodies.  I sort of felt like I was back in San Antonio, Tx. and going downtown to that mercado.  I managed not to buy anything there although I wanted to.

After that there was another Ropa Americano store which I absolutely love…second hand clothing from the good old U.S.A.  haha!  The only place you can buy Ann Taylor Loft tops for $2.  I did buy one and another nice black short sleeve breathable shirt.  A couple streets later we came to this sort of shopping district with no cars, just a big open area like an outdoor mall.  Restaurants, clothing, shoe shops abound! 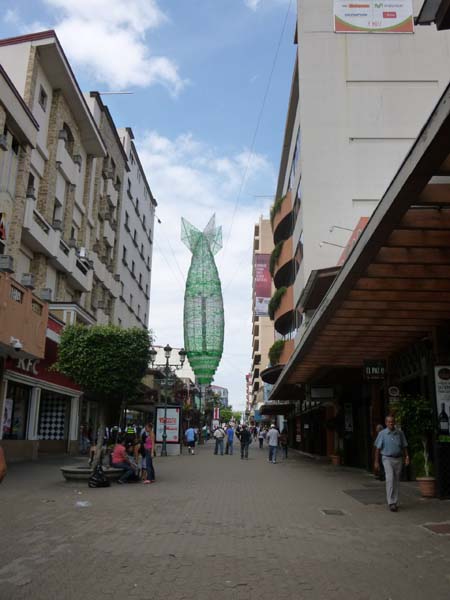 Large fresh cut flower vendors (why didn’t I take a picture of that!?) and yet another indoor mercado which was awesome.

The museum and national theater were also nearby, but the museum wanted $12 to get in.  Honestly, I’m not that interested even for free so I passed on that.  We came across this lady statue which I had to get a picture next to.  Not sure what it was all about exactly…just a typical CR abuela (grandmother) I assume.

I passed by one shop that had this preggo mannequin in the window which was sort of disturbing.  Can’t say I’ve ever seen that before.

Most of the pictures I took that day were in the mercado and apparently, I was hungry.  There were a lot of little cafes in there with people sitting on stools around a main U shaped table with the kitchen at the far end eating their lunch.  There were a bunch of fish and meat and fruit/veggie vendors.  I picked up a pack of fresh corn tortillas for $1 and that was all I bought in there. 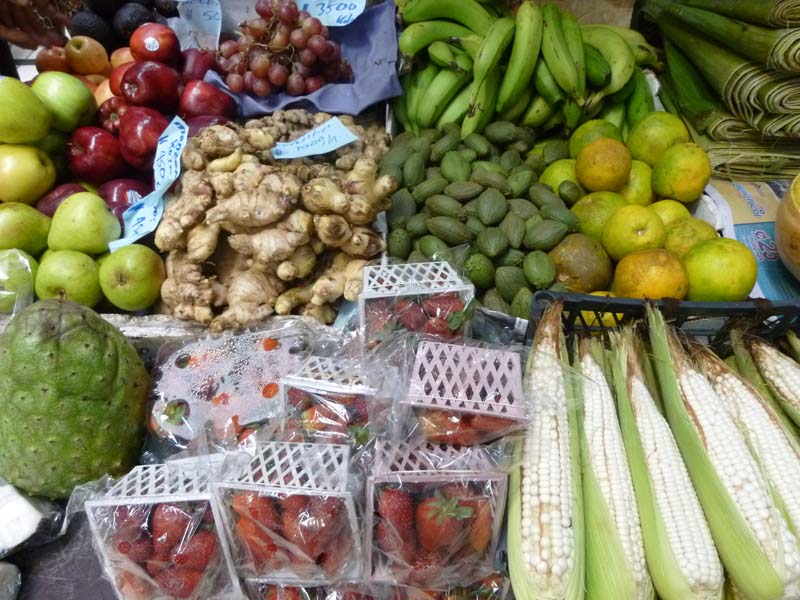 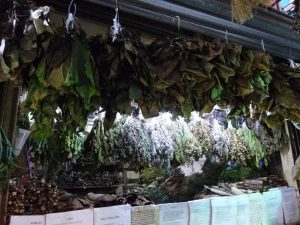 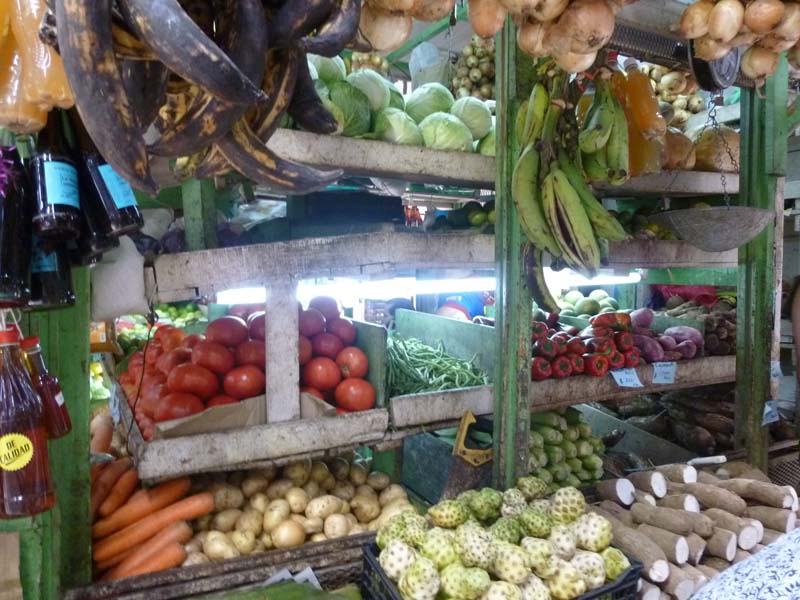 We stopped in at a pizza place that had these HUGE slices of pizza and a drink for about $2.50.  It wasn’t bad, wasn’t great…my jaws hurt from the chewy crust but hey, I got some pizza in me at least.

On the way back and only about 3km from the car, a wreck had just happened in the middle of the road.  It was nothing serious but the truck was blocking the center lane of this two lane road.  Most people could get around it, but our bus wouldn’t leave until it was cleared.  I could hardly believe it only took about 30 minutes and we were on our way back.  Oh, the round trip only cost about $7.  The collectivo bus is cheaper but it also takes another 30 minutes to get there because of all the stops.

Ok, so I have to add a couple of creatures that have no other place to go.  I was hanging by the pond one day and a lot of dragonflies were buzzing around.  The most beautiful one was this crazy green and blue color and it stayed still long enough for me to get a picture, but it wasn’t great.  So I went inside and the front door was open.  I was in the kitchen making something and heard this SUPER loud noise…like a buzz in the dining room.  I went in to see what it was and sure enough, it was THAT dragonfly!!  What luck!  He was stuck trying to get out of the front window.  He rested long enough for me to get a couple of shots.  Then I caught him in a cup and let him out.  Weird.  Anyway, this is the coolest dragonfly I’ve ever seen.  And check out those skeleton bone looking things on the tail!  WILD!!! 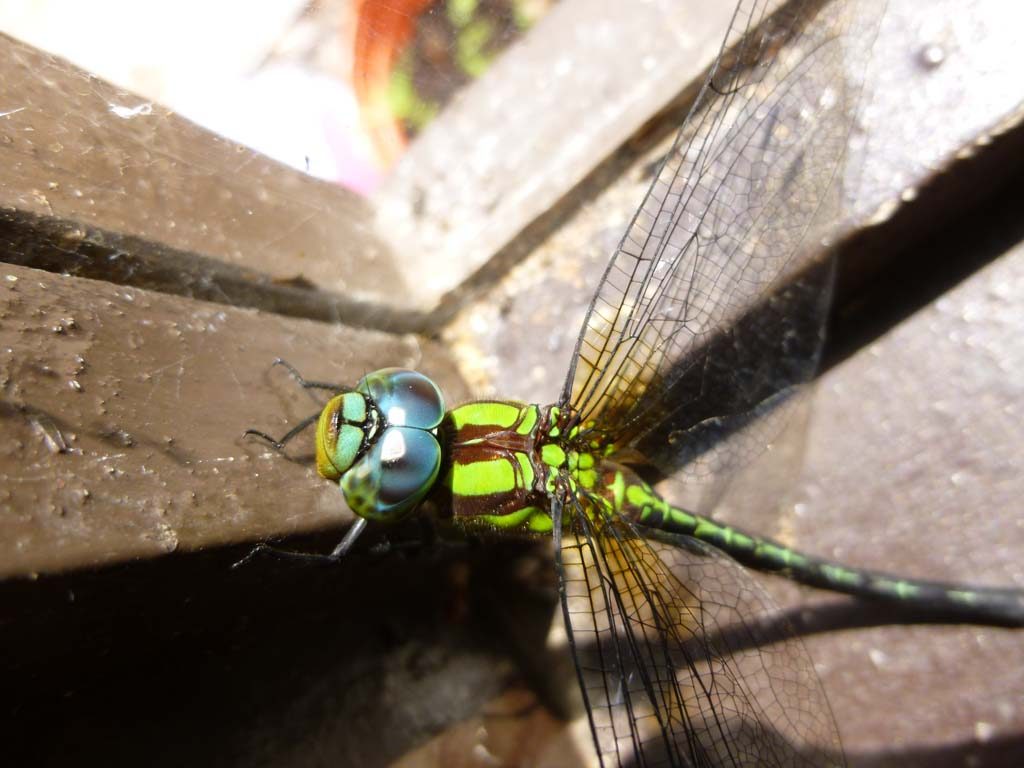 I was making dinner tonight and heard a bird hit the window so of course I drop everything and take a look.  Yep, little hummer on the ground.  Ughhhhhhh…I run out and pick it up.  It seemed to be ok and it sure was a beauty so I had to grab the camera.  It only took a few minutes for him to get un-dizzy and fly off, but what a cutie.  Check out those awesome colored feathers!! 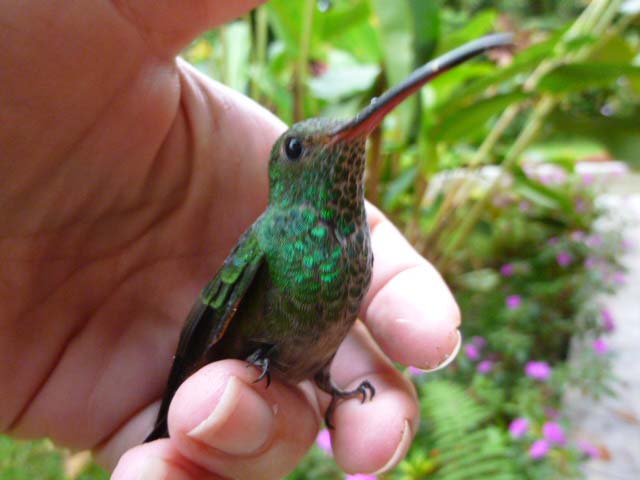 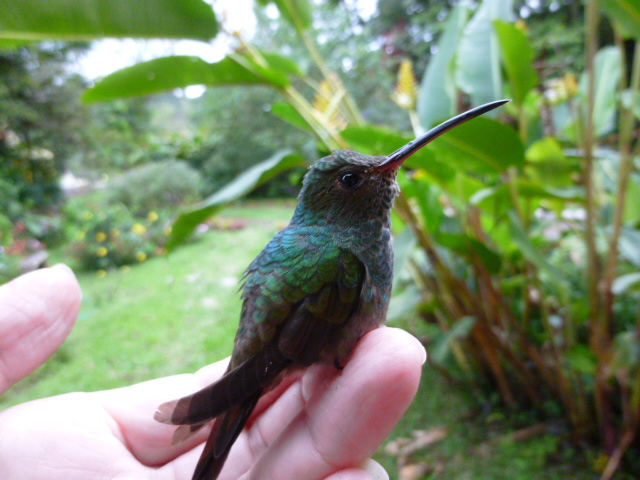